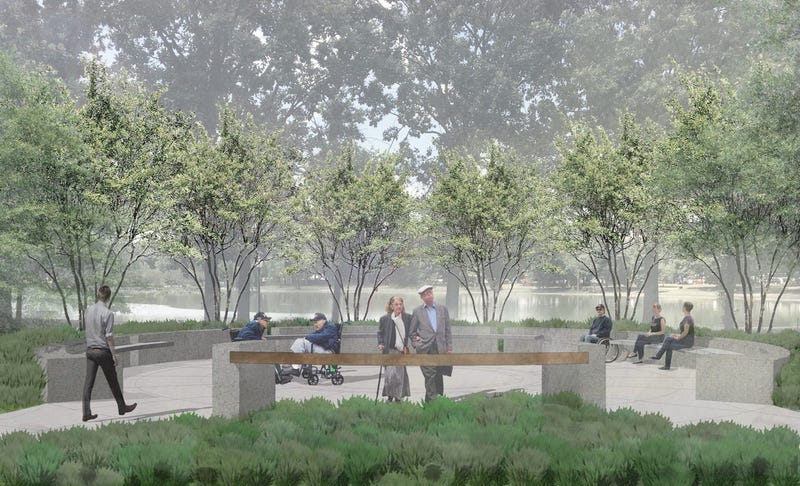 "FDR’s D-Day prayer was not only one of the largest mass prayers in history but, more importantly, was one of the most unifying moments in our nation’s history,” said Executive Director of Friends of the National World War II Memorial Holly Rotondi.

The landscaped Circle of Remembrance is located at the northwestern corner of the memorial site.

Paying tribute to the heroes of D-Day 76 years later

“We believe that the addition of FDR’s D-Day prayer and the programming in the restored Circle of Remembrance will greatly enhance the experience of visitors to the memorial,” said Lilly Endowment Vice President for Religion Christopher Coble.

75 years later, a chance to say thank you

Roosevelt’s prayer was not included on the memorial when it was completed and dedicated in 2004. President Barack Obama signed the World War II Memorial Prayer Act into law in 2014, directing that the prayer be added to the memorial.

The legislation stipulated that no federal funding could be used to implement the directive. Friends took on the task of raising the funds and designing the addition.

Friends anticipates a June 6, 2022 dedication of the plaque addition, which completes the memorial.