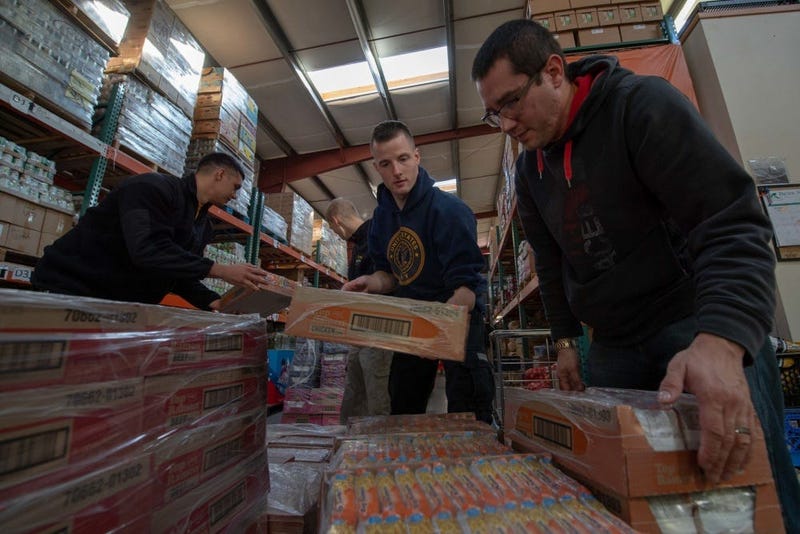 Proposed changes to the federal food stamp program could harm veterans, and the federal government didn't take them into account when it came up with the changes, officials told Congress Thursday.

One of those nonprofits was Mazon: A Jewish Response to Hunger. Josh Protas, vice president of public policy for Mazon, told Congress the story of Tim Keefe.

Keefe, a Navy veteran living in Maine, was injured at work, but even after going through the worker's compensation process, Keefe was unable to return to work and "fell on hard times," Protas said. He was denied food stamps because of recent policy changes in Maine, leaving him scrambling for more help and repeatedly asking, "What do I eat between now and then?"

No one had answers for Keefe, Protas said, and he eventually became homeless. He endured harsh weather in rural Maine, lived in a tent until he was forced to move "again and again."

"He resorted to scrounging for food and even catching squirrels to get by," Protas said.

"There were many times, more than I'd like to try and count, when I would go two or even three days without food," Keefe previously told the Maine state legislature. "I had to add seven holes to the only belt I've owned for this year to keep my pants on."

Keefe eventually got help through emergency housing and a food bank, but those resources still are limited, leaving him with two meals a day for 10 days and one meal a day for the remainder of the month. His meals are mostly made up of rice and beans or canned vegetables.

When he turned 50, he was again eligible for food stamps and "is in a much better place now," Protas said. But he's still advocating to help other veterans like him forced to go hungry.

Food insecurity is particularly common among veterans also dealing with homelessness, and veterans of Iraq and Afghanistan "disproportionately report experiencing food insecurity," according to Thomas O'Toole, senior medical advisor of the Providence VA Medical Center. Veterans of the wars in those countries are nearly twice as likely to be food insecure than the general population.

Unemployment among post-9/11 veterans is 3.8 percent, but about 27 percent of them report food insecurity.

Studies show of the veterans eligible, about one in three use food stamps. Households with a disabled veteran are nearly twice as likely to be food insecure as households without someone with a disability, Congress members said.

Proposed changes to the food stamp program include narrowing who could be eligible, based on income and assets such as savings, which members of Congress have said could make it more difficult for veterans to qualify for the assistance.

But veteran status is not a condition of food stamp eligibility, and few use it, compared to other Americans, Miller told Congress, so USDA does not have good data on veterans and food stamp use and the agency did not consider the potential effects on veterans specifically.

"So veterans have no significance or additional importance to you, given their service to the nation?" Rep. Mike Levin, D-Calif., asked USDA. "You never contacted VA?"

Miller said USDA did not contact VA about how the proposed changes could affect veterans, and that the food stamp program serves all low-income Americans, without special consideration for veterans, though she said USDA and VA have worked together on veteran hunger previously.

"Food security for veterans, as well as all Americans, is an essential component for a stable life," Rep. Gus Bilirakis, R-Fla., said. "We know food insecurity is detrimental to mental health. With such low unemployment, we need to find out why so many SNAP participants living on these benefits are not working and ways Congress can help lift these people out of poverty and help them prosper. No veteran should go hungry."

Bilirakis and Levin agreed that they wanted to work together to allow USDA to track veterans who use food stamps to better understand the need.

"We should all be humiliated that we are talking about taking food away from anyone ... who wore the uniform of this country," Rep. Kathleen Rice, D-N.Y. said.

Not having enough food to eat is "too real" for many Americans and veterans, O'Toole said, leading to "a litany" of physical and mental health conditions, "not the least of which" are depression and suicide. Both food and housing insecurity are "strong indicators: of veteran suicide risk, he said.

O'Toole said VA is focused on outreach to hungry veterans, with food pantries at VA facilities, including mobile units, and helping veterans sign up for food stamps.

Vice Hall, CEO of Feeding San Diego, told the story of a deployed sailor's wife and her four children, who line up regularly with other service members, veterans and their families, at his organization's food banks.

"We see too many kids standing in food lines while their parents are serving on the front lines," he said.