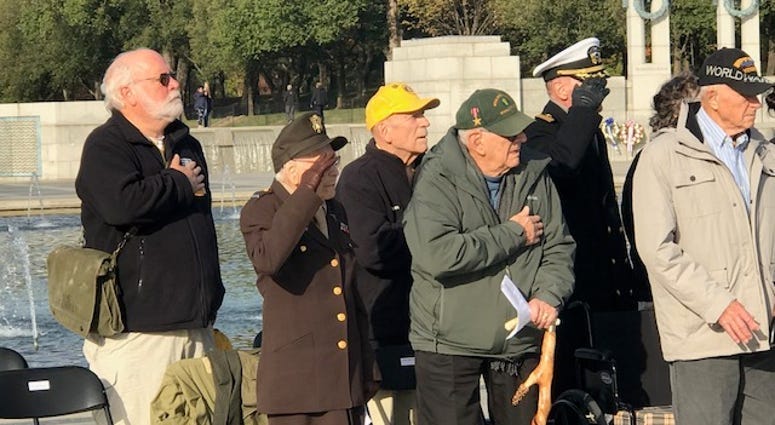 The Friends of the National World War II Memorial will mark the 75th anniversary of the Allied victory over Japan and the end of World War II in the Pacific with a special tribute Sept. 2.

“Friends aims to ensure that every World War II veteran and all the families of those who served and sacrificed knows that they are remembered, even if it’s through a virtual commemoration,” said Holly Rotondi, executive director of Friends. “On Sept. 2, we remember the estimated 30-35 million people that died during the war in the Pacific and the 60 million people lost worldwide, including 400,000 Americans, during the deadliest military conflict in human history.”

75 years later, a chance to say thank you

Additionally, several professional sports teams will commemorate the end of WWII, including a message from NFL Commissioner Roger Goodell. The Military District of Washington will provide military support.

At 11 a.m., Friends will stream live online from the National World War II Memorial in Washington, D.C., where they will join the National Park Service and representatives from the Pacific Theater Allied Nations in presenting wreaths at the “Freedom Wall,” a field of 4,048 sculpted gold stars each representing 100 American military deaths during World War II, in memory of all Americans and Allies who served and sacrificed during the war.

Throughout the rest of the day, Friends will share on its social media channels videos collected from WWII veterans and others reminiscing and reflecting on V-J Day. The virtual commemoration marks the end of the Friends of the National World War II Memorial’s four-year WWII 75th Anniversary Commemoration, which began on Pearl Harbor Day, Dec. 7, 2016. Friends is the only organization that has marked the 75th Anniversary of every major battle in which American troops participated during World War II.

Video archives of all the WWII 75th Anniversary events are available on the Friends website.