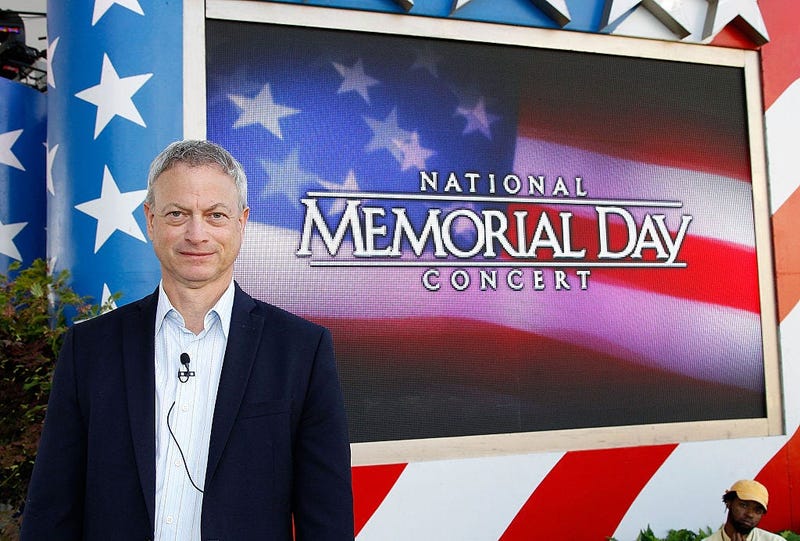 Gary Sinise, a longtime co-host of the show, “is unable to attend this year due to circumstances beyond his control,” PBS said in a news release. No other details were released.

The event is set for 8-9:30 p.m. EST, Sunday, May 26, and is expected to draw “hundreds of thousands” to the west lawn of the U.S. Capitol and will be broadcast live on PBS. This year is the event’s 30th-anniversary broadcast.

Sinise also was scheduled to hold a free Lt. Dan Band concert at Pullen Field on Fort Belvoir as part of the Invincible Spirit Festival on Thursday, May 23. A USO Metropolitan Washington-Baltimore spokesperson confirmed that the event was still scheduled, but "Gary Sinise will not be there."

Instead of Sinise, actress and Marine daughter Mary McCormack will host the National Memorial Day Concert Sunday, PBS said in the release.

McCormack is best known for her roles on “The West Wing,” “In Plain Sight” and “The Kids Are Alright.”

McCormack will co-host alongside Tony Award-winner and longtime concert co-host Joe Mantegna, known for his roles on stage, on the big screen and as a longtime star of CBS’ “Criminal Minds.”

“I’ve rarely in my life felt the level of passion and emotion that there is in this celebration,” McCormack said. “To tell the stories of true heroes is an incredibly moving experience. My father is a Marine and I deeply appreciate what this show does to shine a light on military service.”