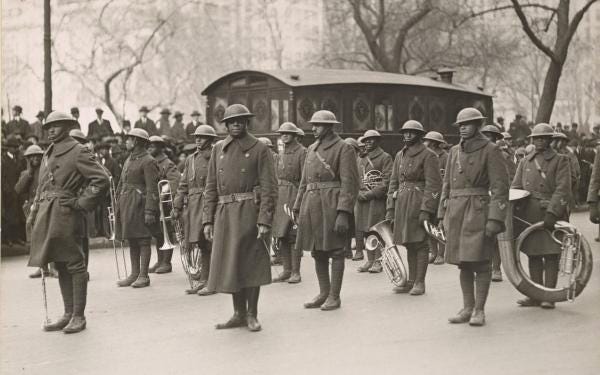 Musician Jason Moran is bringing new attention to the sacrifice, service and courage of the Harlem Hell Fighters, an all black unit who spent more time in combat than any other African American unit during World War I.

“I heard about them by living in Harlem for 25 years,” said Moran, the artistic director for jazz at the Kennedy Center for the Performing Arts. Moran is headed to France to perform the music and stories of the Harlem Hellfighters. 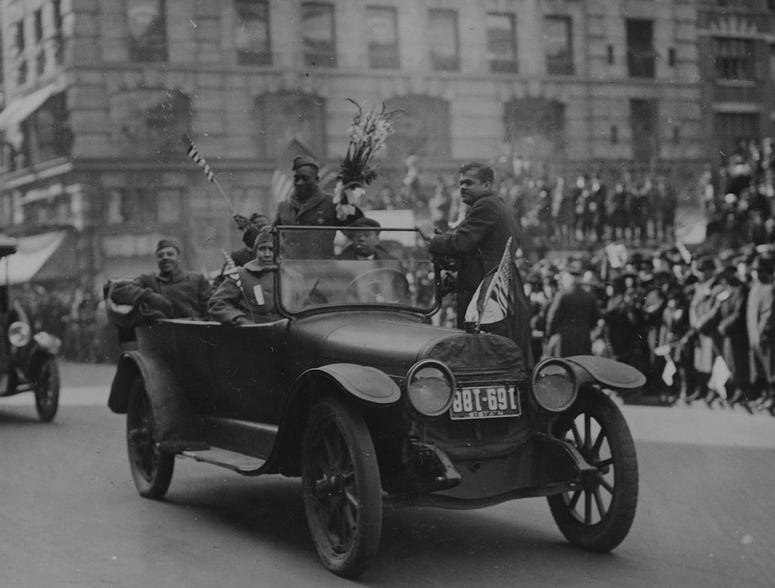 The story of the Harlem Hell Fighters and music, particularly jazz, is intertwined, said Moran. On Jan. 1, 1918, James Reese Europe,  an innovator in the field of African-American music who joined the Army shortly after the United States entered World War I, landed in Brest, France with the 369th Infantry, an all-African American unit from New York.

“These soldiers innately understood that they were signing up for a war they didn’t start,” said Moran.

A lieutenant, Reese had been ordered to put together the best band he could find.

“He even got musicians from Puerto Rico,” Moran said.

So each soldier in the unit fought...and played an instrument.

The unit fought heroically on the battlefield – spending six months in combat, fighting at Chateau-Thierry and Belleau Wood, suffering around 1,500 combat casualties, but receiving only 900 replacement soldiers. The nickname “hellfighters” was given to the soldiers by the Germans and the unit was awarded a regimental Croix de Guerre by France. 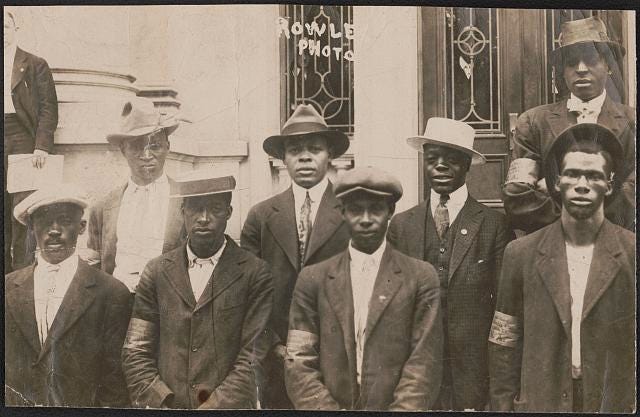 Moran said this all happened during the era of Jim Crow, when African-Americans were prohibited from fighting alongside their white American counterparts. Instead, Europe's Hellfighters fought alongside French troops.

“They were about a generation removed from the Emancipation Proclamation,” said Moran. “They weren’t sure about the concept of freedom and what that meant.”

Even with the horrors they experienced while in combat, the soldiers amazed the citizens of France with their music, introducing Europe to the sounds of American jazz.

Music during the era served people in a variety of ways and became a microcosm of society, he said.

“Their songs talk about how do we go back to the farm (the United States) after the way we’ve been treated here,” he said. “These musicians really introduced Europe to jazz.”

Moran is bringing the history of the Harlem Hellfighters to today’s audiences through a seires of concerts and project commissioned by 14-18 Now Centenary Art Commission, the Kennedy Center and others.

"Soldiers would need music for a variety of reasons,” said Moran. “The music becomes more than entertainment. You can rest your sorrows in it and entertain your joys in it.”