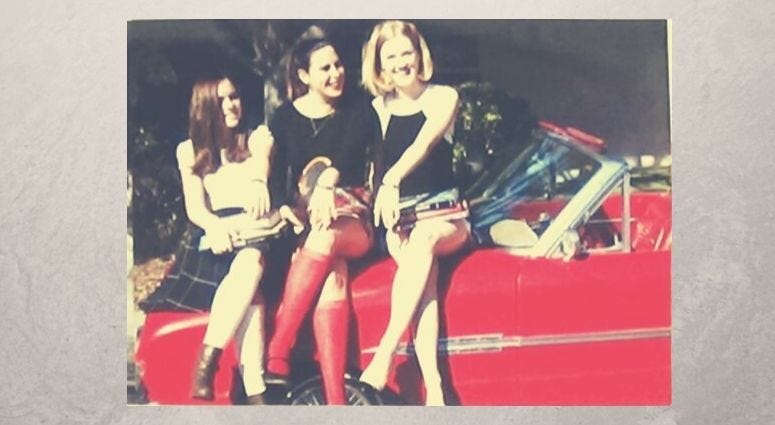 As our nation was torn by the political and social unrest of the time, the men and women of our military made incredible sacrifices.

However, their sacrifices did not go unnoticed.  The love and support of many grateful Americans were displayed in the form of a thin metal bracelet, that by the early 1970s would be worn by millions.

Carol Bates Brown and Kay Hunter were just college students in Los Angeles when they founded Voices Vital in America (VIVA).  Their decision to create bracelets was their way of showing support for the American prisoners of war suffering in captivity in Southeast Asia.

In an article on the National League of Families POW MIA website Brown wrote, “We were looking for ways college students could become involved in positive programs to support US soldiers without becoming embroiled in the controversy of the war itself.” 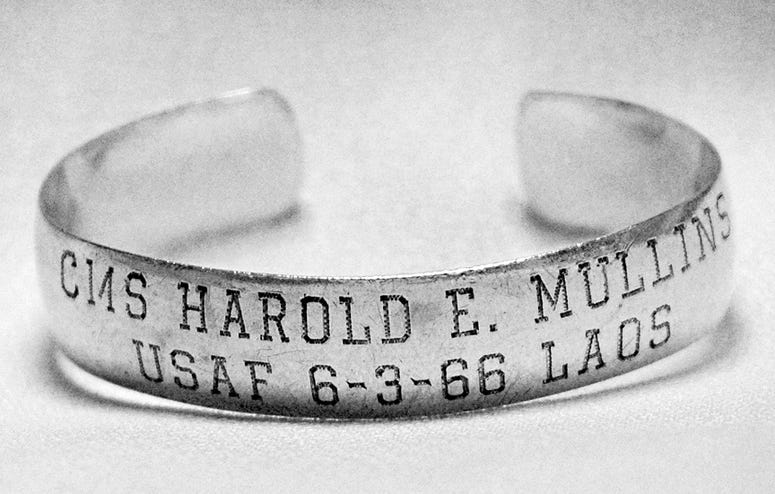 Inspired by a bracelet local television personality, Bob Dornan wore in remembrance of the cost of the war Brown decided to create something similar.

They would eventually create a few sample bracelets, engraved with servicemember’s name, rank and date of loss.

“Armed with sample bracelets, we set out to find someone who would donate money to make bracelets for distribution to college students,” Brown wrote. “It had not yet occurred to us that adults would want to wear them, as they weren’t very attractive. Several approaches to Ross Perot were rebuffed, including a proposal that he loan us $10,000 at 10% interest. We even visited Howard Hughes’ senior aides in Las Vegas.”

They would eventually find a donation large enough to create over a thousand bracelets and present them to the National League of Families annual meeting in Washington, DC in 1970. “We were amazed at the interest from the wives and parents in having their man’s name put on bracelets and in obtaining them for distribution. Bob Dornan, who was always a champion of the POW/MIAs and their families, continued to publicize the issue on his Los Angeles television talk show and promoted the bracelets,” Brown explained.

By Veterans Day that year, they held a news conference and the bracelets became a national sensation. According to Brown, “We were receiving over 12,000 requests a day. This also brought money in to pay for brochures, bumper stickers, buttons, advertising and whatever else we could do to publicize the POW/MIA issue.”

At the height of the bracelet’s trend, they were featured by musicians and TV celebrities including Sonny and Cher.  During a segment on their nationally televised show, the late Sonny Bono would describe the story of how a young Air Force officer, Capt. John “Spike” Nasmyth was shot down over Vietnam. “Spike became a name on a bracelet like this … We and a lot of other Americans have been wearing bracelets like this for a lot of years. It’s just our quiet way of letting them know that we remember the guys and they’re in our hearts.”

The nation would eventually grow tired of the raging debate over Vietnam and the interest in the POW/MIA issue would fade. In 1976 VIVA closed.

History would stay alive thanks to Dr. Dave Thompson, history enthusiast, and Palm Spring Air Museum Board Member who has curated a collection which now includes over one thousand bracelets. 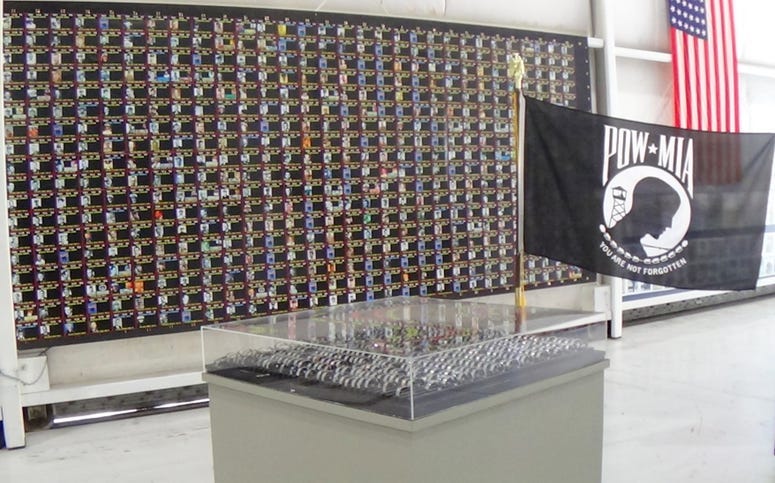 “We received our first bracelet about four years ago … And after doing some research and realizing how many of these were out there, I thought we had to create a display to remember them and this important part of our history,” explained Thompson.

One story from the collection that truly captures the powerful connection of these bracelets is the story of Kathy Strong. “She got her bracelet in the early seventies when she was about 12 years old … and she never took it off. For over 30 years she wore the bracelet with Army Green Beret, Sgt 1st Class James Moreland’s name engraved on it.”

In a testament to her dedication she once told CBS News about how she never removed it, “I had an MRI and had to keep my arm out of the machine ... that was difficult. I was determined to only take it off for him,” Strong said.

Over the years Strong became friends with Moreland’s surviving sisters. So close that when his remains were finally found and returned in 2011, Strong was invited to the funeral.

“At the casket, she took it off for the first time in 40 years,” Thompson explained. “She slipped it onto the sleeve of his uniform. She did exactly what she promised, and that was really touching.  With all the bracelets we have received over the years, you really get two incredible stories, one about the servicemember and one about the person who vowed to never forget them.”