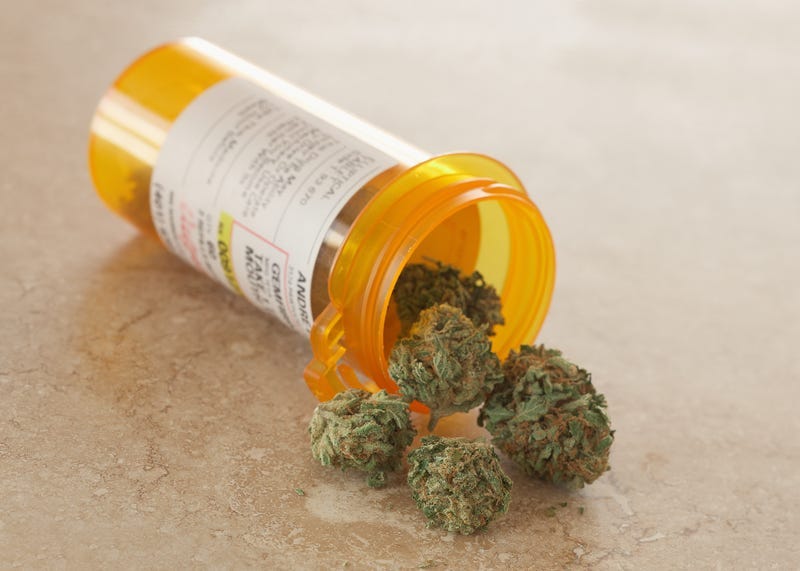 A Congressional committee took a major step Wednesday when it voted to advance a bill to the House floor that could end the prohibition of marijuana and allow the Department of Veterans Affairs to recommend its use to veterans.

It was the first-ever vote to remove marijuana from the Controlled Substances Act. The VA has used marijuana's classification as a Schedule I drug under the Act as the reason it could not allow its doctors to recommend its use to veterans.

On Wednesday, the House Judiciary Committee took one of the biggest steps in marijuana legislation on Capitol Hill yet. The committee voted to approve H.R. 3884, the Marijuana Opportunity, Reinvestment and Expungement (MORE) Act.

The MORE Act would:

The committee voted 24-10 to advance the bill.

The bill still needs a vote from the entire House before it passes to the Senate. If it is approved in the Senate, it moves on to the president's desk for final approval to become law.

Some committee members said they worried the Senate would not take up the bill as it is written. Rep. Jerry Nadler, D-N.Y., who introduced the bill, said the committee should not allow the Senate to determine what it will and will not pass.

Dr. Ben Kligler of the Veterans Health Administration recently told Connecting Vets that veterans can talk to their VA doctors about cannabis use and ensure use will not interact negatively with existing medications, but VA doctors cannot prescribe or recommend its use to veterans, or replace existing medication with medical marijuana.

"This is a truly historic moment in our nation's political history. For the first time, a Congressional committee has approved far-reaching legislation to not just put an end to federal marijuana prohibition, but to address the countless harms our prohibitionist policies have wrought, notable on communities of color and other marginalized groups," said Erik Altieri, executive director of marijuana advocacy group NORML. "Opposition to our failed war on marijuana has reached a boiling point with over two-thirds of all Americans, including majorities of all political persuasions, now supporting legalization. Congress should respect the will of the people and promptly approve the MORE Act and close this dark chapter of failed public policy."

“The passage of the MORE Act represents the first time that the Judiciary Committee has ever had a successful vote to end the cruel policy of marijuana criminalization,” said NORML Political Director Justin Strekal. “Not only does the bill reverse the failed prohibition of cannabis, but it provides pathways for opportunity and ownership in the emerging industry for those who have suffered most. In 2018 alone, over 663,000 Americans were arrested for marijuana-related crimes, a three-year high. Now that Chairman Nadler has moved the MORE Act through committee, it is time for the full House to vote and have every member of Congress show their constituents which side of history they stand on."

“This groundbreaking legislation would eliminate barriers to cannabis research and provide access for patients throughout the entire country,” said Debbie Churgai, interim director of Americans for Safe Access, another advocacy group. “It is time our federal government steps up to provide relief so that patients everywhere can medicate without fear of losing any of their civil rights and protections, including while in federal housing or healthcare settings, such as hospices.”