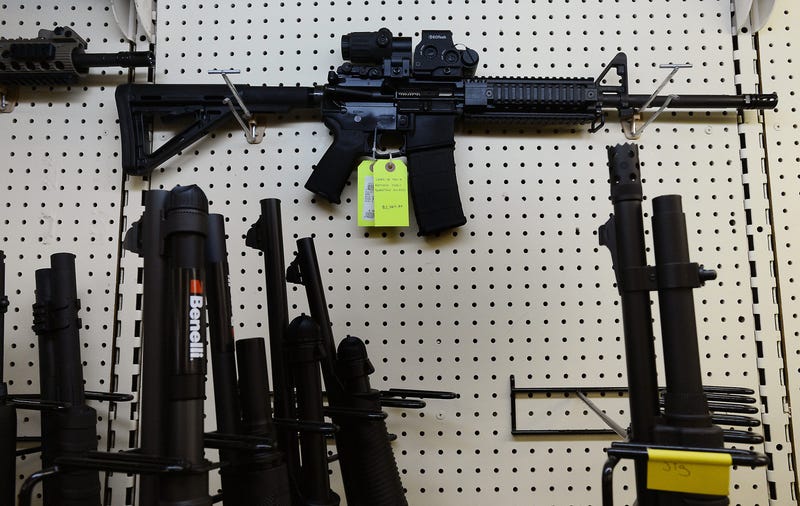 A pair of historic gun control bills cleared the House this week, one of which, Republicans say, could infringe on veterans’ 2nd Amendment rights.

H.R. 1112, the Enhanced Background Checks Act, which passed Thursday mostly along party lines, would increase the maximum amount of time to conduct a background check before buying a firearm from three to 10 days, but a provision within the bill would make it illegal to sell a gun to people with some mental illnesses.

Rep. Phil Roe (R-Tenn.), ranking member on the House Veterans Affairs Committee, said "a little known and poorly understood" part of the legisation would amend the law making it unlawful for an individual that has been adjudicated with mental illness, severe developmental disability, or severe emotional instability to possess a firearm, Thursday morning on the House floor voicing opposition to the bill.

"It would also make it illegal to sell a firearm to such individual."

More than 1.6 million disabled veterans have received adjudication by the Department of Veterans Affairs with service-connected mental illnesses, one million of which have post-traumatic stress (PTS).

Roe previously offered an amendment that would exempt veterans with mental health diagnoses from VA from the provision, but it ultimately not included in the bill's final version.

The legislation, however, could end up being strictly a symbolic gesture. That’s because even though the bill cleared the House, its passage in the GOP-controlled Senate is unlikely.

Additionally, the White House said in a statement on Monday that if either H.R. 1112 or H.R. 8—another gun control bill the House approved Wednesday—were to clear Congress, the president would veto the bills.

RELATED: Before you have a gun debate, make sure your terminology is correct

“By overly extending the minimum time that a licensed entity is required to wait for background check results, H.R. 1112 would unduly impose burdensome delays on individuals seeking to purchase a firearm,” the White House said.