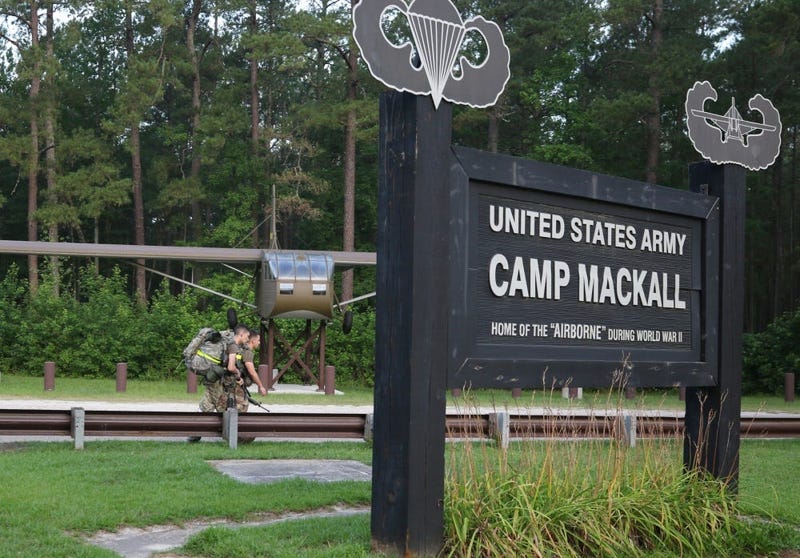 After weeks of seesawing back and forth on how to respond to the coronavirus, the Special Warfare Center (SWC) at Fort Bragg, North Carolina is prepared to begin training the next class of Special Forces qualification course students in tactical skills on April 13.

SWC is a training center for Army Special Operations units, including the qualification pipelines for Special Forces, PSYOPs, and Civil Affairs. They also run Camp Mackall, where soldiers are put through selection and receive fieldcraft training, such as the upcoming tactical skill course. Like much of the U.S. government and military, SWC has struggled to solidify a response to COVID-19, attempting to balance the need to prepare America's future Special Operations soldiers with safeguarding the health of students and instructors alike.

The language lab where students learn everything from Arabic to Korean has shut down and gone remote with students conducting their training online.

Meanwhile, field training continues out at Camp Mackall. Initially, instructors were not satisfied with many of the command decisions made to continue training straight through the pandemic, feeling that cramming 20 or more students into training bays and barracks was little more than an incubator for the virus. However, at least some instructors have warmed to keeping Mackall open with the new mitigation measures. In short, Special Forces is going back to its roots.

Before there was the global war on terror, before millions of dollars in funding rolled into the Special Warfare Center, Camp Mackall was just another run down Army installation, but it was one where Special Forces trained and nurtured its own. Since 9/11, a lot has changed at the SWC, some of it for the better and some not, according to many Green Berets. In recent years SWC has been beset by scandal and instructor insurrection as the Special Forces NCOs who make up the backbone of America's Green Berets have felt that their regiment was being degraded and destroyed by toxic leadership and officers who placed quotas above training to standard. These feelings came to light in a very public way with a detailed letter known as "the email heard around the world" and SWC's leadership sabotaging and destroying the careers of several instructors who may not have even been involved in writing that email.

However, the mitigation measures the SWC is going to use for upcoming training puts the NCO instructors back into the driver's seat as the coaches, teachers and mentors for America's future Green Berets.

It "looks like all the changes they are making to this course as mitigating factors due to COVID actually are changes cadre have wanted to make since the beginning of tac skills," one SWC instructor told Connecting Vets on the condition of anonymity for fear of retaliation by his chain of command, as other Special Forces instructors have faced for speaking out.

The mitigation measures require the students to be out of the barracks and living in the woodline and sleeping in patrol bases where they will receive training from their instructors each day. Many of the organizational changes that instructors felt was a case of the "good idea fairy" are also going away to adapt to these new circumstances. "They plan to keep these students in the field as much as they can, only coming back at Camp Mackall for a day at a time," the SWC instructor said. "Which for cadre is good because it’s more training. So COVID is starting to look like a blessing in disguise."

Going rural is how SWC students will maintain their social distancing for the time being it seems. "Keep(ing) good 3-5 meter spacing when patrolling is what we call doing the pandemic social distancing," the instructor joked.

A second SWC instructor told Connecting Vets about his own plans to manage the health of his students. He pointed out they will run the course, "as much as we can while still meeting the mission of coaching, teaching and mentoring the future force of the regiment and ensuring they get the best quality training. Considering they are also all MOS qualified, there will be a large burden placed on the deltas (Special Forces medics) to ensure hygiene is maintained and sanitation of living areas are kept up around the clock," he said.

Connecting Vets reached out to the Public Affairs Office for Army Special Operations Command but did not receive a response by the time of this publication.