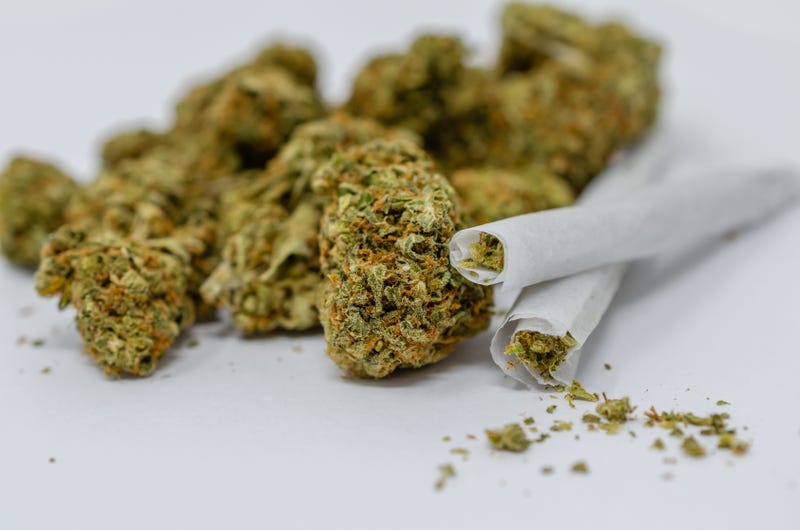 The Department of Veterans Affairs has long used marijuana's position on the federal controlled substances list as a reason not to incorporate it into veterans' care.

That includes allowing its doctors to prescribe it, even in states where it is legal, and stymied research held up by arduous bureaucracy.

For years, Department of Veterans Affairs leaders have used marijuana's status as a Schedule I drug as a reason VA cannot prescribe it for medical use, even in states where it is legal, and why research on the drug's usefulness for veterans has been stymied.

But the lack of progress has continued to frustrate advocates and veterans who say it can help some, and more research could provide further effectiveness to treat a variety of veteran health concerns.

Recently, Iraq and Afghanistan Veterans of America refiled an amicus brief with the U.S. Court of Appeals for the Ninth Circuit stating its support to remove marijuana from the Schedule I list.

The drug remaining on that list inhibits further study "that could show the plant's potential in treatment of PTSD," according to IAVA.

"Iraq and Afghanistan Veterans of America's (IAVA) members have made it clear that they support research done on the use of cannabis as a treatment option," said Travis Horr, director of government affairs for IAVA. "Our most recent survey showed 88% support for additional research into cannabis, and 84% believe that VA should drive that research. It is for these reasons that IAVA believes it is crucial to remove cannabis as a schedule 1 drug, to allow this research to be done and potentially provide much-needed relief for veterans."

In IAVA's most recent annual survey, about 22% of members who responded said they were already using marijuana for medical purposes.

In its amicus brief, IAVA presents anecdotal evidence of veterans and doctors using marijuana to treat post-traumatic stress disorder in states where the drug is legal, and cites scientific research showing marijuana may be a "safe and effective treatment for PTSD" for some veterans.

But because the drug is on the Schedule I list, VA is not allowed to conduct the "necessary research on its therapeutic efficacy," according to the amicus brief.

The brief was filed by Dr. Suzanne Sisley, of the Scottsdale Research Institute and Battlefield Foundation, among others. Sisley is one of the researchers aiming to conduct clinical trials on medical marijuana for PTSD with the goal of decreasing veteran suicide deaths, but she's unable to so long as the drug remains so restricted at the federal level.

"Scientists seeking to conduct research on cannabis must submit to an arduous application process that may last years," according to the brief. "The research requires approval from multiple government agencies, including some with stated opposition to any therapeutic uses of cannabis." Then, once the application process is complete, all cannabis used for research has to be purchased through one national provider, but the levels from that provider are much lower than the THC potency levels used by patients nationwide, hindering research efforts.

In late August, the House was poised to vote on legislation that would remove marijuana from the Controlled Substances Act, effectively ending marijuana prohibition at the federal level -- though states would still get to rule on it for themselves. At the time, House Majority Whip James Clyburn, D-S.C., announced that the House planned to bring the bill to the floor after nine months of silence, and "will be voting soon" on H.R. 3884, the Marijuana Opportunity Reinvestment and Expungement (MORE) Act. But now it's been nearly a month and a half, and no such vote has taken place.

The legislation, though unlikely to pass the current Senate, is one of the most significant steps from Congress so far in changing federal marijuana policy. The vote in the House would be historic, even if the bill is all but dead on arrival in the Senate.

In November last year, the House Judiciary Committee took the first vote in Congress to remove marijuana from the Controlled Substances Act. The committee voted 24-10 to advance the bill, and it has not made it to the House floor until now.

Some veterans fear their use or potential use of marijuana could jeopardize their VA benefits and lawmakers have even introduced bills to prevent exactly that. But VA says on its website that "veterans will not be denied VA benefits because of marijuana use." A few bills have been filed to codify that and ensure that VA could not take benefits from veterans for their marijuana use. None have passed so far.

Dr. Ben Kligler of the Veterans Health Administration recently told Connecting Vets that veterans can talk to their VA doctors about cannabis use and ensure use will not interact negatively with existing medications, but VA doctors cannot prescribe or recommend its use to veterans, or replace existing medication with medical marijuana.

Marijuana use for veterans has gained some traction among lawmakers in Congress, but none of the legislation has made significant progress, and some of it has been shut out entirely, especially in the Senate. While some veterans have, anecdotally, shared that marijuana has benefitted them, including in some cases helping to prevent suicide, many lawmakers remain unconvinced, calling for more evidence-based conclusions before a decision can be made. But lawmakers also have supported other alternative treatments and therapies for vets that, in some cases, have questionable efficacy for veterans' health concerns.

One thing both Republicans and Democrats seem able to agree on is the need for VA to study marijuana's potential uses for veterans, though some have expressed frustration with the timeline for that research.