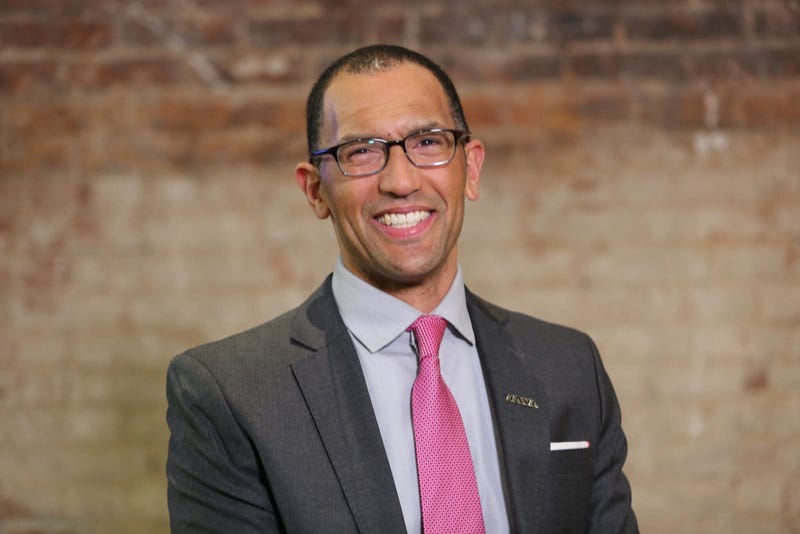 Editor's Note: This is an opinion piece. The thoughts expressed are those of the author.
By Jeremy Butler

When in uniform, I am thanked for my service. When in a suit, I’m treated respectfully as I walk into a store or restaurant, a customer worthy of gracious attention. But catch me on a weekend, two days behind on a shave, wearing a hoodie and I am now a threat. This is not me being sensitive. It is evident in the guarded reactions of fellow pedestrians rounding the corner and seeing me in their path. It is evident in the less accommodating reaction of the restaurant host when I walk in alone, hoping to catch a seat for a meal and a drink. It is evident in the expression of the department store clerk who sees me not as a possible sale but someone to be followed.

So as I have watched the tragedy and destruction unfold in the aftermath of the killing of George Floyd, I have grappled to understand the anger I feel. There is anger at the police officers involved. There is anger at the violence that has followed. There is anger at those who deny the existence of racism in America. But there is more than that. There is anger at how quickly so many try to simplify the rage that exploded across the country into an opportunity to blame an individual, or a political party, or a protest movement, or to shift the discussion away from what this is really all about.

As a veteran, I also know that a single battle rarely encompasses the meaning and reality of the larger war being fought.

Thus at the core, my anger is in the fact that a country founded on institutional slavery and organized around a constitution that codified both its continuation and its certification of blacks as three-fifths of a human still fails so completely to come close to achieving the ideals that it claims to represent – a constitution that as members of the US military, we swear to support and defend.

Many in this country see each act of racial injustice as an individual sickness rather than what it is: a pervasive cancer that America was born with, that has been metastasizing ever since and is destroying us from within. The anger being expressed both violently and non-violently throughout the country every day since May 25th is not just about the killing of George Floyd. It’s also about everything that preceded the killing of George Floyd and the fact that, with every similar tragedy that befalls this country, excuses are made, and nothing changes.

It’s about 250 years of slavery, 100 years of Jim Crow laws, 35 years of redlining. It’s about ongoing racial disparities in education, health care, housing, and employment. It’s about an ongoing pandemic that is disproportionately killing minorities and, when it doesn’t kill us, takes our jobs at a higher rate.

It’s about being told that if we just follow the instructions of the officer we won’t be harmed.

And yet, I am proud to wear the Navy uniform. As a veteran of the Iraq War, as a current military Reservist who has served under Presidents Clinton, Bush, Obama and Trump, my love of this country and my desire to serve it both in and out of uniform has not changed.

But love of country and patriotism don’t mean unconditional loyalty. Dedication to service does not mean blind servitude. It means acknowledging that we live in a deeply flawed country while also working hard to make it better. And I’m not alone in that belief. I see it every day in the actions of those that I work with at Iraq and Afghanistan Veterans of America (IAVA) and in our members nationwide. We served our country in uniform and continue that service out of uniform. Not in defending the status quo but in defending the ideals that America stands for and represents. I wouldn’t have spent the last 20 years in uniform and every day of my current role fighting to make sure America takes care of its veterans if I didn’t believe that this country can always be better. I want it to be better.

You’ll never hear me say that America is the greatest country on earth. Not just because I think the phrase is meaningless hyperbole but because when you say that, you’re giving America a pass. Not only on its historical failings but on its current ones as well. But I do say that I love America. And because I do, I call on Americans to use these tragic times to recognize America for what it is: a flawed country, suffering from its own original sin, founded on the highest ideals of freedom and liberty but which we have not yet achieved. And then commit to working to achieve them, in whatever capacity you are able – for every one of us, for all our communities, and for the sake of the America that we are meant to be.

Jeremy Butler is the CEO of Iraq and Afghanistan Veterans of America and a Naval officer.