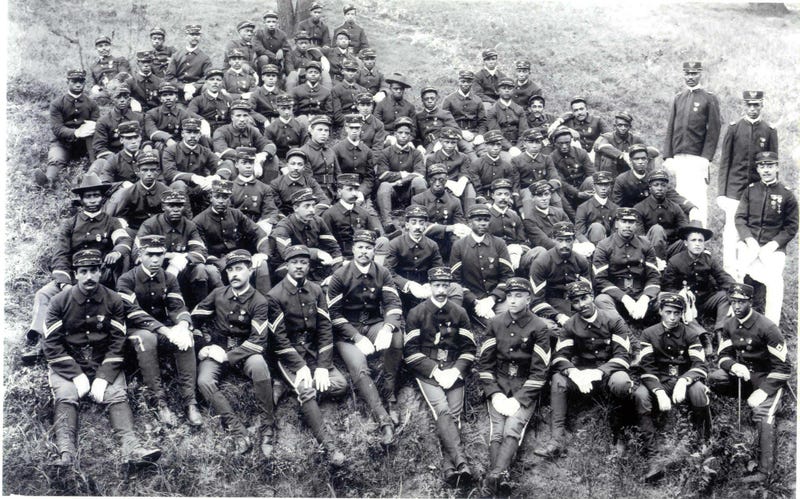 On September 20, 1918, Sergeant Mathew Jenkins rescued a fellow soldier while under enemy fire. The following day, he took command of an American detachment and French unit, fighting off the enemy for 36 hours while stuck inside Hindenburg Cave, a German defensive position. He was later awarded the French Croix de Guerre and American Distinguished Service Cross for his actions.

Jenkins’ story is just one of the many instances where his unit, the 8th Infantry -- the nation's first all-black National Guard unit -- performed valiantly in combat.

Also known as “The Fighting Eighth,” the 8th Infantry was based in Chicago, Illinois.  Before the Armed Forces desegregated in 1948, segregated units were commonplace, however, the 8th was unique in that it was commanded by all-black officers.

“There was a gentleman by the name of [Colonel] John R. Marshall who wanted to work towards a separate militia in the Chicago area in which African-Americans would have a chance to serve,” said Adriana Schroeder, the command historian for the Illinois National Guard.

When President William McKinley began federalizing troops in 1898 for the Spanish-American War, the men of the 8th Infantry were -not- called to serve, causing upset in the black community. After receiving repeated complaints, Illinois governor John Tanner contacted Col. Marshall about deploying a regiment of African-American soldiers.

Made up of soldiers from segregated black communities in Chicago and Springfield, the 8th Infantry became the only segregated unit led by black officers. Many of the men in the ranks were prominent figures in the community -- lawyers, doctors, and carpenters.

In 1899, still in the beginnings of the Spanish-American War, the men of the 8th Infantry traveled to Cuba and Puerto Rico to replace white units whose manpower had depleted from malaria and yellow fever.

Seven months later, the men were welcomed home with a parade down Michigan Avenue. As an acknowledgment for their service, the state legislature appropriated funds to build an armory for them. This would become the first facility to be built in honor of an African American unit and officially marked the official start of their service.

"In 1916, the 8th infantry was called up again for the Mexican Border War," said Schroeder. "They ended up patrolling the border south along the Rio Grande in Texas. They'd go on raids looking for bandits and Mexican Army deserters who had turned rogue. They were later released from federal duty sometime in 1917."

With the Spanish American War and Mexican Border War over, the 8th Infantry Regiment now had two conflicts under their belt. However, with WWI on the horizon, they would later be joined by other units including the 371st Infantry, 372nd composite battalion, and the 369th Infantry. Together, these four made up the 93rd division--one of two all-black outfits to see combat during World War I.

In preparation for WWI, the 8th was redesignated as the 370th Infantry and trained at Camp Logan, a segregated camp just outside Houston, Texas. In December of 1917, the 370th Regiment arrived in France. They were assigned to the French 59th Division, as many black units served alongside allied forces during WWI.

The 370th participated in the Oise-Aisne Offensive where the Germans abandoned their defensive lines. For its actions during the war, members of the 370th received 21 Distinguished Service Crosses, one Distinguished Service Medal and 68 Croix de Guerre. The tenacity of the men was so well-known and respected, they were given the nickname "The Black Devils” by the Germans.

According to the Chicago Crusader, the 370th was the last regiment to pursue retreating German forces before the armistice in 1918. When the unit returned, black communities in Chicago began fundraising for a monument in their honor. The Victory Monument still stands in the historic Black Metropolis District of Bronzeville. 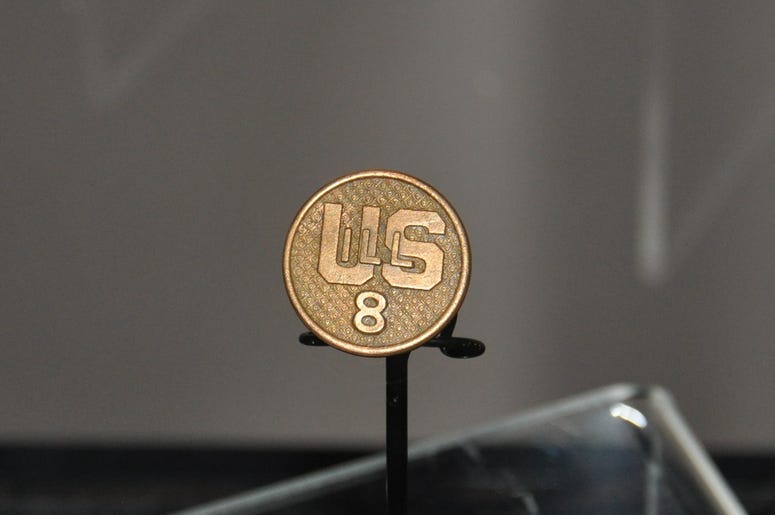 Currently, the 178th Infantry holds the lineage of the 8th Infantry (370th). The modern-day Illinois National Guard unit is lead by Lt. Col. Milton R. Ware, whose father served in the 178th. When he was able to enlist in 1988, he joined the unit just like his father, and as he's grown through the ranks, he's come to appreciate more of the unit's history.

“It was not a black unit with white officers, it was an all-black unit founded by a black person,” said Ware. "Black [people] have contributed and it took a lot of effort for us to get recognized as being capable...in that we can be dependable, we can be disciplined, we can be well-trained and we can accomplish the mission and that we're brave.”

As with the black officers of the original 8th Infantry who were certainly proud to represent their country overseas, Ware says he has "no doubt" they will do well when it comes time to represent the Illinois Guard.

For the 178th, that time could be soon as approximately 400 soldiers have received notice of a possible deployment to Afghanistan later this year.