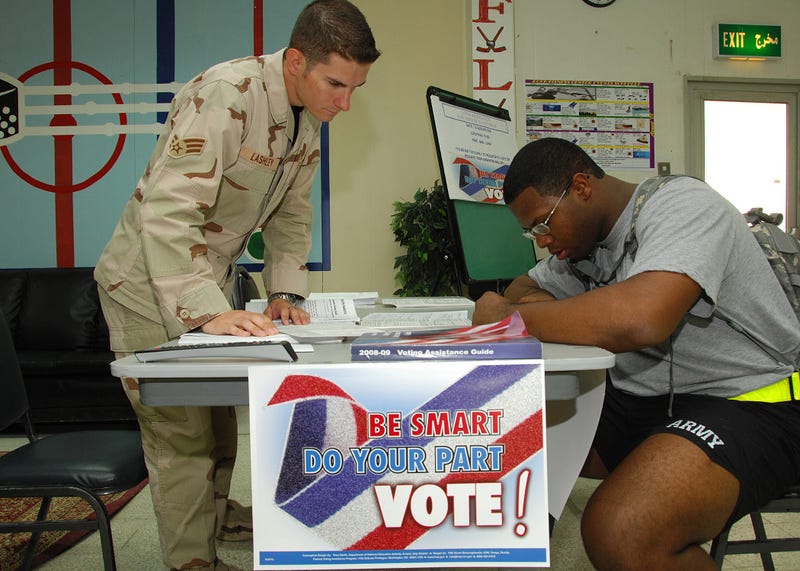 As America feverishly counts votes, Count Every Hero is working to ensure military absentee votes do not fall through the cracks.

An unprecedented number of Americans voted by mailing in a ballot this year -- when the United States Postal Service was already hampered by the COVID-19 pandemic. Count Every Hero, a cross-partisan initiative, wants to ensure that before "rushing to call a winner," all military ballots are counted.

More than 79% of uniformed service members voting away from home send their ballots by mail -- to states that account for more than 70% of the available votes in the Electoral College.

And those states have special deadlines for military absentee votes. In 28 states and the District of Columbia, military mail-in absentee votes can arrive after Election Day and still be counted as long as they are postmarked on Nov. 3. The deadline differs between the 29 locations from two days after Election Day in South Carolina to 20 days after the polls close in Washington.

There are fewer troops deployed in 2020 than during previous election years, but that still leaves an estimated 191,000 active-duty and Guard troops currently deployed overseas -- whose mail-in ballots very well may not have arrived at their state election boards yet and are legally allowed to arrive as late as Nov. 23.

These are long-standing deadlines and processes that have been in place for decades to ensure that military personnel serving the country overseas still have a say in electing the leadership that sent them there.

This year, in more ways than one, Count Every Hero says it wants to "shine a light" on those votes.

"It's just a different year because there are so many more vote-by-mail ballots and the postal service has struggled to keep up," said Count Every Hero's retired Marine Corp Lt. Colonel Scott Cooper.

In addition to the postal service's struggles, the Trump administration has been criticized for its perceived efforts to change the count processes in ways that would prevent military absentee votes from being counted.

"I don't know what Donald Trump has against military members and their families, but right now his allies are doing everything they can to make it harder for those serving overseas to have their votes counted," former South Bend, Indiana mayor and presidential candidate Pete Buttigieg tweeted Sunday.

I don't know what Donald Trump has against military members and their families, but right now his allies are doing everything they can to make it harder for those serving overseas to have their votes counted. pic.twitter.com/OeDPJHvgWq

"Across the board, Joe Biden has said we just need to be calm and count every vote and there are processes that work," Cooper explained, while he argued the Trump administration has rapidly shifted between "stop the count" and "keep on counting," depending on which state is concerned.

But the importance of the military absentee ballot goes beyond just the results of the election, Cooper explained, and also impacts the military's faith in democracy. Cooper voted by mail-in absentee in 24 consecutive elections during his time with the Marine Corps, and every time he had faith that his ballot made it where it needed to be.

"This is a stress test for our democracy. And I use the term stress test because we do the same thing in the military -- do our institutions function, do our airplanes fly," Cooper said. "It's about the ideals of our country, and we've always had great faith in that, and I still do. I think that's what's so important, especially for these people who are wearing the cloth of our country. They should have confidence in our ability to conduct a free and fair election."

As of Thursday afternoon, Biden led Trump 264 electoral votes to 214.