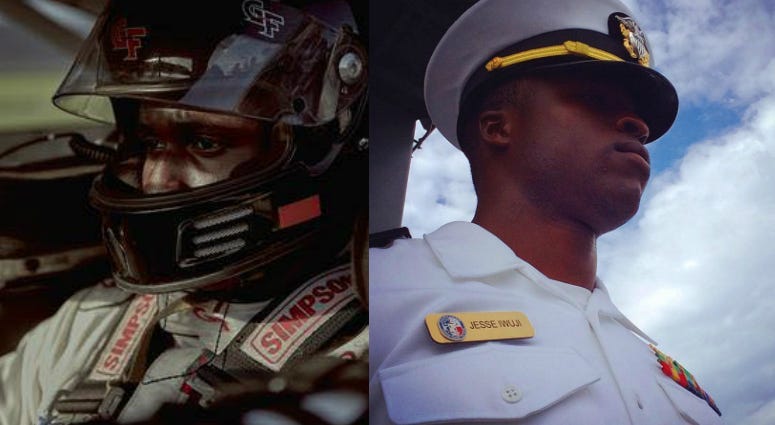 Iwuji will be driving for Reaume Bros. Racing the Strat 200 race which will be his 3rd overall in the truck series, and first of the season. To add to the sailor's excitement for the weekend, ConnectingVets.com has learned that he will have a major new partner along for the ride.

“I have a new partnership this race with FUELTRAX and this one’s special to me." Iwuji says. "FUELTRAX is a US company that has pioneered and led the industry in marine fuel management systems which speaks my mariner language. And to top it off, over 50% of their operations based out of my native country, Nigeria.” 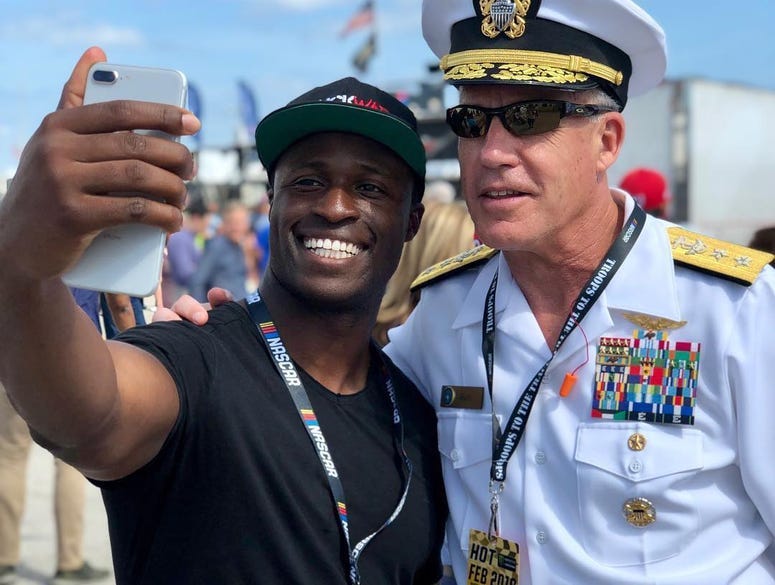 Iwuji was born in Texas to Nigerian immigrants and is incredibly proud of his heritage. That's one of the things that drew FUELTRAX to him.

“We are so grateful for our Nigerian-based marine operators and proud to support Lt. Iwuji both as one of our very own from our community, and as a first-generation American pursing his dreams," says Bene Okorie, West Africa Operations Manager of FUELTRAX. "Nigerians everywhere should be proud of Jesse’s success.”

FUELTRAX CEO Anthony George adds that he and his wife have a passion for helping young men and women achieve their dreams, and Iwuji definitely fits the bill.

"LT Iwuji is a big dreamer and a hard worker, and we are honored to help him continue on his journey to success in NASCAR,” George says.

RELATED: He was headed to prison, but became a Navy SEAL instead

If Iwuji's previous races in the truck series are any indication, his agent Matt Casto expects the crowd to be fully behind the lone member of the military racing that weekend.

"We’ve been getting great support from the most patriotic fanbase in all sports leagues,” Casto says.