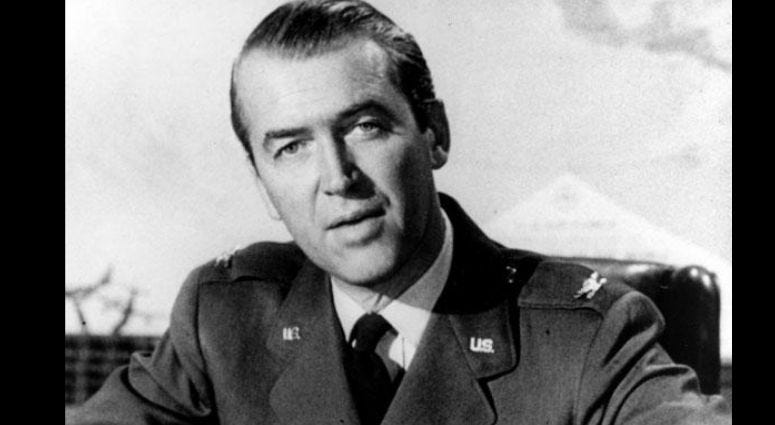 'Tis the season that one of the greatest veterans who became an actor will be featured nonstop on TVs everywhere.

Most Americans are familiar with at least one of Jimmy Stewart's iconic performances. Films like "Mr. Smith Goes to Washington," "The Philadelphia Story" and "The Shop Around the Corner" made him a huge celebrity before WWII.  His legendary role as George Bailey in "It’s a Wonderful Life" remains one of the greatest Christmas movies ever made. 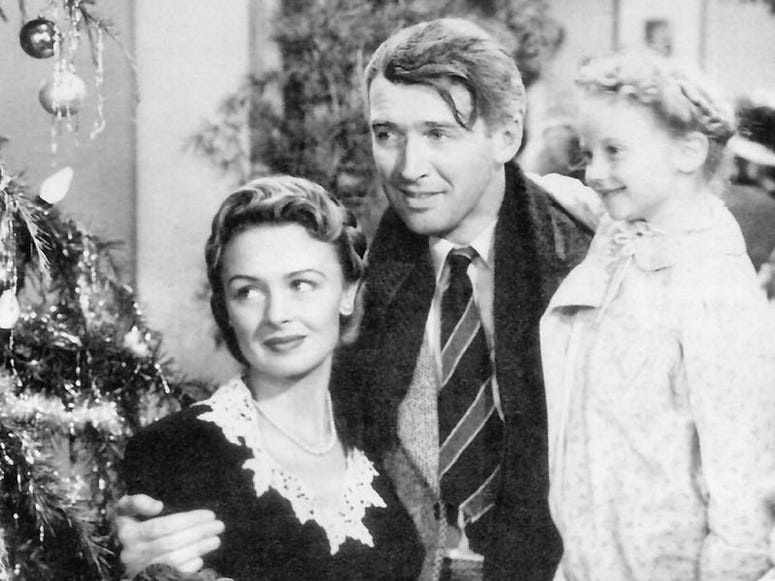 But although the Academy Award-winning actor was a household name at the start of WWII, he would step away from Hollywood fame, fly combat missions over Germany and eventually earn the rank of brigadier general and be awarded the Presidential Medal of Freedom.

As a young man, Stewart passed on attending the Naval Academy and attended Princeton University instead. He found an interest in the theater where he performed in a troupe with Henry Fonda and Margaret Sullivan.

Stewart eventually would also discover a love of flying, earning his pilot’s license and becoming an accomplished pilot during his early film career. Years before the attack on Pearl Harbor, Stewart accumulated over 400 hours of flying time. 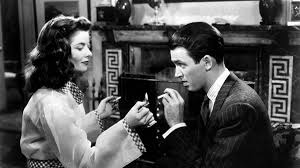 Despite having already won an Academy Award for his performance in "The Philadelphia Story," by October of 1940, Stewart felt compelled to join the Army. Initially rejected for being underweight, (he was 5 pounds too light) he eventually made weight and enlisted in the Army Air Corps on March 22, 1941, becoming the first American movie star to wear the military uniform.

He would initially serve as a service pilot and fly support missions and other non-combat flights, and star in one of the Air Force’s first recruitment films, “Winning Your Wings”.

But after Pearl Harbor, WWII intensified and Stewart pleaded for an assignment to a combat squadron. After several weeks of training missions, Stewart flew his first combat mission on December 13, 1943, to bomb German locations including U-boat facilities. He would later fly more dangerous missions bombing other German facilities. According to Stewart's biography in the National Aviation Hall of Fame, "he flew three missions during the “Big Week” of February 20th through the 26, 1944, acting as Group and Wing Commander. This action and subsequent missions over Berlin in early March had a devastating effect on the Luftwaffe and this factor was key to the successful Normandy landing." Stewart would continue to rise through the ranks and was awarded the Distinguished Flying Cross with two Oak Leaf Clusters, The Air Medal with three Oak Leaf Clusters, and the French Croix de Guerre with Palm. 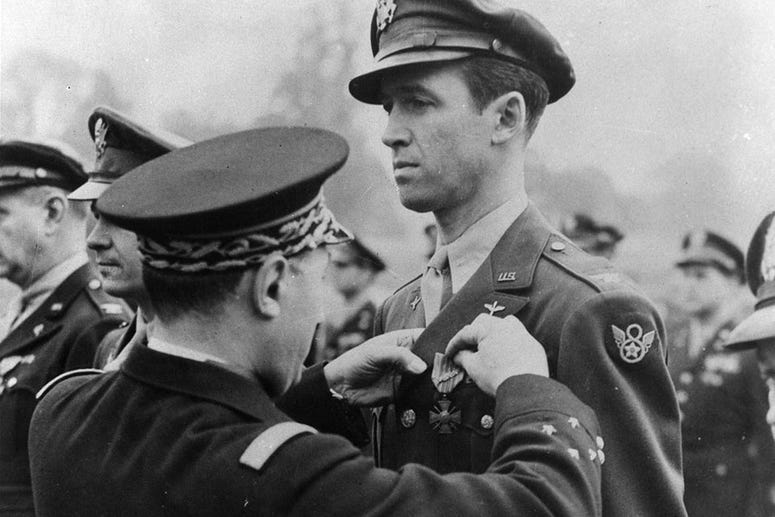 After the war, Stewart returned to acting but he continued to play a role in the Army Air Force Reserve and the new United States Air Force Reserve, eventually being promoted to Brigadier General in 1959.

As the decades passed, Stewart maintained his pilot status and was able to assist in recruiting through movie roles and appearances on popular TV shows like "My Three Sons" in 1963.

He further supported U.S. war efforts in Vietnam and stood behind political candidates who were staunch supporters of the military like Richard Nixon, Ronald Reagan and Bob Dole.

Stewart died at 89 at his home in Beverly Hills, Calif., on July 2, 1997. President Bill Clinton commented that America had lost a "national treasure ... a great actor, a gentleman and a patriot".