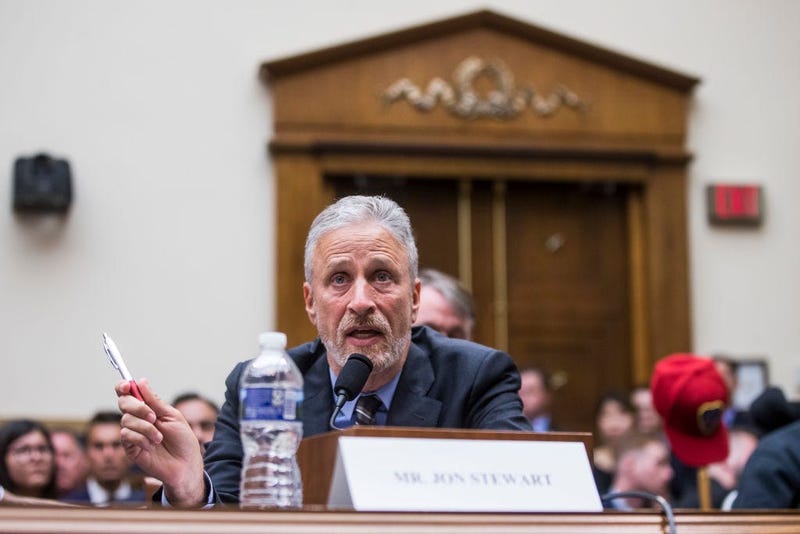 During the height of Operation Iraqi Freedom in 2005, as many as 63 burn pits blazed across the country. At the peak of their use in both Iraq and Afghanistan, the Defense Department and military contractors operated 250 burn pits. Thousands -- perhaps even millions, some advocates say -- of service members were exposed.

Except it wasn’t just average trash that made its way into the smoking pits: toxic chemicals, paint, medical and human waste, plastic, metal cans, munitions and other unexploded ordnance, petroleum and lubricant products, rubber, wood, discarded food -- anything that could burn, did burn, doused with fuel.

Many forward operating bases in Iraq, Afghanistan and other countries American troops have been deployed to were equipped with incinerators, which could have cut down on the toxins released into the air as greasy black smoke. But veterans and surviving families told Connecting Vets they were rarely if ever used.

Stewart released a public service announcement alongside advocacy group Burn Pits 360 this week, aiming to raise awareness about the cancers, respiratory and pulmonary diseases, skin conditions and other health concerns affecting an unknown number of veterans who lived and worked sometimes a few hundred yards from the pits.

"Now, more than ever, we need to focus our support on the post-9/11 war veterans who have been suffering from the debilitating effects of the massive toxic burn pits they were exposed to during service overseas," Stewart said in the nearly two-minute-long video. "The effects have been horrific."

As many as 3.5 million service members may have been affected, advocates say, and many of the illnesses match those seen in 9/11 first responders.

"If you're one of our vets who's suffering, we need to get in the fight for you now," Stewart said. "We're long overdue in getting the medical and financial assistance they gravely need.

"You deserve more than the country's gratitude for your service, you deserve full medical benefits to help with your illness. Together we're going to work to get you justice."

There are nearly two dozen pieces of legislation in Congress aimed at addressing burn pits and military toxic exposures.

The Department of Veterans Affairs has registries for ionizing radiation, Agent Orange, Gulf War exposures, depleted uranium from spent munitions, toxic embedded fragments and airborne hazard/open burn pits. But service members must opt-in. They are not automatically added to the registry. The registries themselves are often unwieldy or incapable of tracking trends.

So far, 178,654 veterans and service members have added themselves to the airborne hazards and burn pits registry since 2014, though the VA estimates as many as 3.5 million veterans are eligible to register.

The Defense Department is still working to create a database, the Individual Long Exposure Record (ILER) expected to launch in October to make exposure data available to VA doctors and scientists. Service members who want access to their own records will have to file Freedom of Information Act requests.

For more on military exposures from the VA, click here.

For more on the multiple environmental exposure registries at the VA, click here.