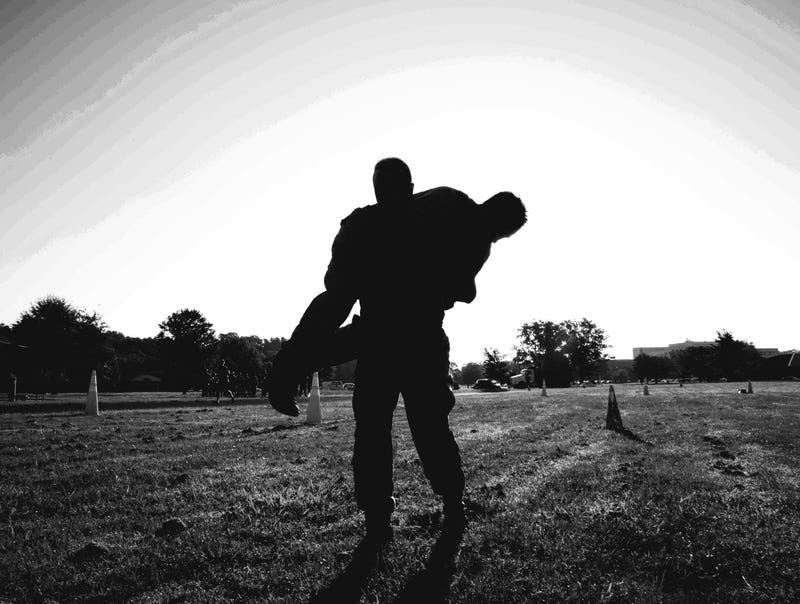 Of the $6.2 million budget earmarked for suicide prevention media outreach in 2018, the VA used only $57,000 — less than one percent, that's according to a recent GAO report.  When the report was released many had questions about how the money was — or was not — being spent by the VA to fight the veteran battle against suicide. Many found it particularly alarming since VA Secretary Robert Wilkie had touted veteran suicide as one of his top priorities.  Now VA National Director of Suicide Prevention Dr. Keita Franklin is speaking out.

RELATED: The VA had millions set aside for suicide prevention messaging. They spent $57,000

According to Franklin, early in the fiscal year, the program set aside a certain amount for paid media. They then took a step back to reassess the emphasis and focus of the office's efforts — and discovered they might not be where they should be.

"Early on in the programming we set aside a certain amount for something called paid media which allows us to do advertising and marketing and push out information through commercials and websites — even Facebook," Franklin said. "And after setting that aside we took a pause in our programming, and in part one of the things we realized was that our program was largely focused on reaching veterans when they were at high risk."

While the veterans crisis line is responsible for saving up to 60 lives a day Franklin and the VA realized they may be neglecting a significant need within the veteran community by focusing so heavily on high-risk situations.

"Our paid advertising efforts, I would offer, were a little bit off the mark by focusing too much on just the very highest risk — which is necessary and we still need to do this and I'm not trying to pull back the throttle — but to make it more encompassing to reach people," Franklin said. "We're calling it left of boom — left of the crisis so our marketing is focusing on how to be there for one another during rough times every day. Not just when people are at their highest level of need."

This, Franklin explained, is what the VA was doing instead of spending the entire budget on the existing programming structure.

"It caused us to take a pause, restructure the programming, and go forward with a broader approach. In the eyes of the GAO and what came out in the media, it was as though we left money on the table. I think we used the money in a different way," Franklin said.

Franklin stepped into the director role in April 2018 — after the position sat vacant for nine months. Since then, the entire office structure has changed, the emphasis of the programming was developed, and a new national strategy was executed. All of this work beyond media advertising was not taken into consideration in the GAO report.

The VA had access to more than 60 partners for free marketing and advertising, explains Franklin. Organizations like the Independence Fund, the VFW and the American Legion pushed out information often times at no cost and reached veterans that the VA alone could not.

Sarah Verardo, CEO of the Independence Fund who works closely with the VA, commented that Franklin's commitment to the battle against veteran suicide was left out as well.

"She's a very modest person, but she meets with suicide survivor families, she meets with parents, she takes every phone call that comes to her office, and I really think it's an issue that she attacks personally," said Verardo. "All of that should be noted, and none of it was covered in this media firestorm about the budget."

"There were multiple reasons behind it all, but know that going forward our campaign will continue to focus on high-risk veterans — but will also be broad and certainly the full budget will be fully executed," Franklin said.

If you are a veteran in crisis, you are not alone. Veterans can call the Veterans crisis line 24-hours a day, 365-days a year at 1-800-273-8255. Press 1.
Want to get more connected to the great stories and resources Connecting Vets has to offer? Click here and sign up for our weekly newsletter.