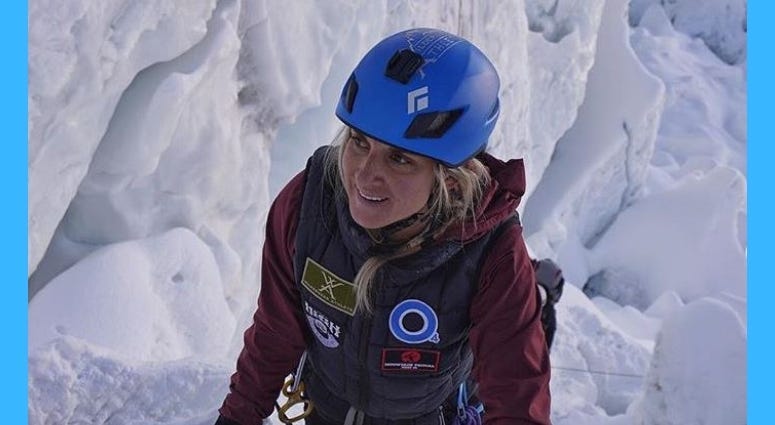 The last time we talked with Marine Corps veteran, Kirstie Ennis it was a snowy day in late March and we were sitting comfortably inside her Colorado home.

The snow started coming down in flakes the size of chicken nuggets. She was giddy with excitement, as she slid into her new summit suit, a puffy, bright-blue outfit designed to protect extreme mountaineers from the deadly cold that exists at the world's highest elevations. 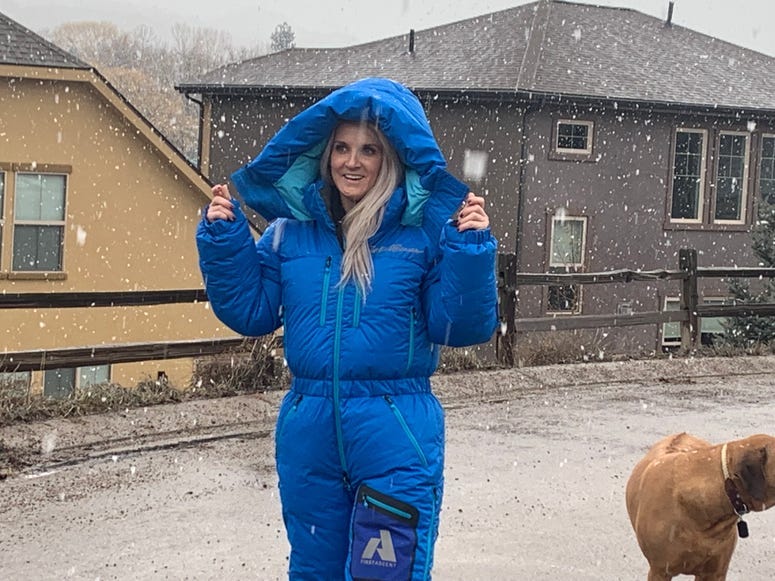 We had just completed an interview that traced her life from the helicopter crash that took her leg, through multiple surgeries, to becoming a top-ranked snowboarder and ending with her current quest to become the first female, above-the-knee (AK) amputee to summit all seven of the world's highest peaks.  But after telling me she planned to summit Mt Everest and then snowboard down part of it, I only had one more question, “Are you sane?”

She quickly answered with a laugh, “Clearly not!”

Talking with Kirstie about her quest, one thing was clear- she’s one of the most inspiring people you will ever meet. And that’s exactly why she climbs. “I realized that it was a pretty unique platform … whether it’s the younger generation, men, women or wounded veterans, they can look to me in a different way.  Whether it’s being a beacon of hope or fundraising for causes my foundation supports, it’s just the culmination of everything I always wanted to do.”

Fast forward to right now.  It’s early May, and Kirstie’s blog and Instagram posts have been documenting her historic climb.

Just reading her blog posts is enough to give us anxiety.

“Christopher tapped on my tent at 3 AM to grab two of my Nalgenes to fill with hot water to warm up my socket before putting it on. Come 340 AM he was back, and by 4 I was ready to go …

When we initially stepped off, I didn’t feel too bad. Just had to warm up the joints and let everything fall in to place as the well-oiled machine it usually is. However, it just never happened. My prosthetic side was giving me a ton of grief. Every twenty steps or so I was having to let the blood back in to my leg. I had either swollen and things were just too tight and I was out of the socket making my left side taller than my right, or I had shrunk and was sitting down too far into the socket making it dig in to my pelvis.

On top of the excruciating amount of pain I was already in, my limb was getting cold at a rapid pace. I fought back tears at least a dozen times — I know if I cry and I lose the rhythm of my breathing that it won’t help anything. The wind screamed and my hands and face started to ache from the cold. We hit a couple of vertical maneuvers that I was still able to jumar up quickly regardless of the pain. There were two horizontal ladders- both sketchy in their own ways. One I wobbled on an ice bridge as if I were on a tightrope to get to, neither of the boys being able to hold the ropes as handrails. I am not sure I took a breath until I made it across the 100 foot deep crevasse. The second ladder was even trickier …”

In an earlier blog post she described a moment so scary, we're  convinced we would have begged to be rescued:

“3 AM: We hit the first ladder, scaled it with a breeze, and approached the nearby second ladder. I was hot. Are you shitting me? I’ve stressed so much about keeping my leg warm that it hadn’t really crossed my mind what I would do should my leg start sweating off in the dark and freezing temperatures. I grabbed on to the second ladder, and let it go seconds later. It didn’t feel right. I needed to take my leg off completely and start over with a dry liner. Out here, I’ve got to trust my gut. When my leg feels like it’s on securely, I move with a different sort of confidence and I needed that right now.

The vertical ladders don’t seem to bother me much, I just scoot right up them. We heard the ice break and shortly after, off to our right we saw the Earth shift and an avalanche rumbled. It’s a strange feeling being trapped with nowhere to go in the ice fall and just watching the rock and powder blast blow everywhere. I appreciated when one of our porters (who I call P Diddy because I can’t say or spell his name), calmly reached out to me and grabbed my hand to kneel down behind a huge chunk of ice. Oddly enough, my feet were glued in place as I just watched in awe with nowhere to go as I could hear Rob off in the distance calling out, “We’re good. We’re good. Just going to take powder blast.” Life was definitely in slow motion and in the calm in the middle of the storm.”

With hashtags like #leftlegless and #climbingforacause a recent Instagram post indicated that she and her team are moving closer to the top of Everest.  “We’ve been out of comms! But I’m excited to let you know we’re in final prep now for our summit bid,” said Ennis.  “I’m currently settled back down at camp one after our long acclimatization rotation, but the weather window looks to be opening on the 12th and the promise of fixed lines to the summit being done NLT than the 14th. That said, for the time being, it looks like we will start our push up from camp two on the 14th with an intention of standing on top of the world on the 17th.”

We safely made it through the ice fall and to camp one around lunch time. Had a close encounter with an avalanche. We're beat and looking forward to rest. | Find me with inReach➜https://t.co/dLzk6ac5mp 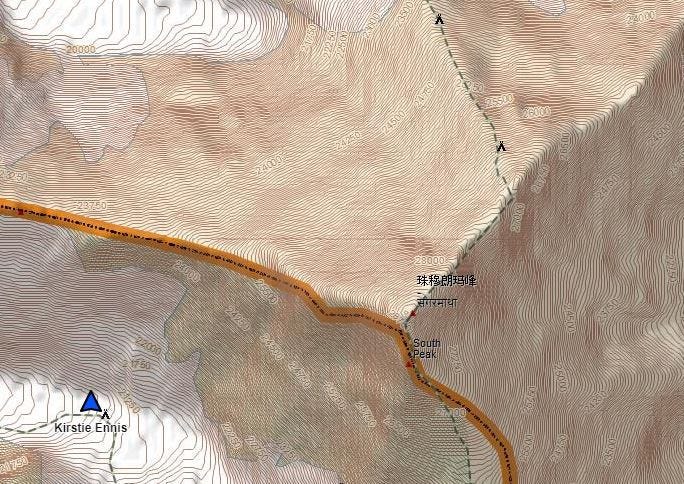 While the climb looks daunting on "map view", zoom in closer and it shows the terrain via satellite view; and that looks absolutely insane! 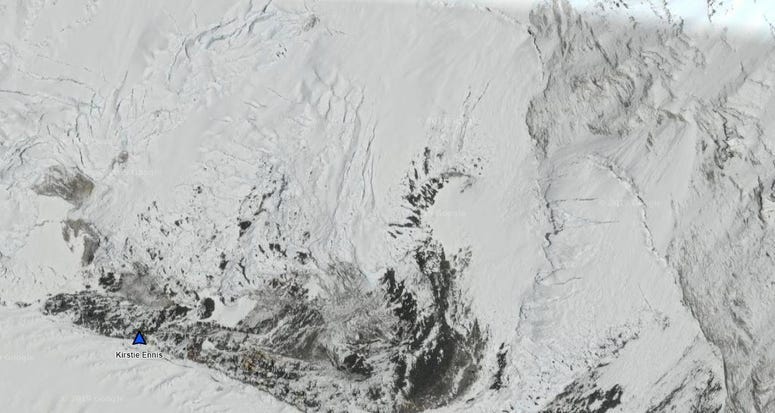 With each passing day, she gets closer to making history by being the first female AK amputee to summit Mt. Everest.

But it’s how she inspires everyone who has ever fought to recover from a traumatic injury and raises funds for veteran initiatives that is as impressive as the view from the top of the world.

If you don’t have a fear of heights follow her journey here.