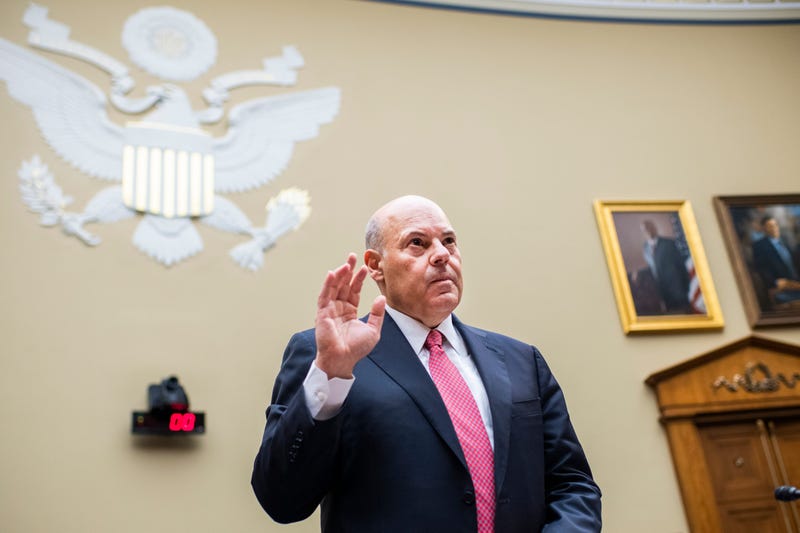 Capitol Hill lawmakers are calling on the leader of the U.S. Postal Service to prioritize veterans and troops after reports of delays affecting mail-order prescriptions and other critical deliveries.

“As you continue your work, I ask that you pay special attention to the relationship between the Department of Veterans Affairs (VA) and USPS, so that together, VA and USPS can continue and improve service to veterans across the country,” Moran wrote. “The VA mail order pharmacies provide approximately 120 million outpatient prescriptions to veterans annually, totaling nearly 89 million packages. On a typical day, more than 330,000 veterans receive a VA prescription in the mail, and USPS is responsible for delivering almost 90% of them.”

In a House Oversight Committee hearing on Monday, DeJoy said USPS was working to correct any delays in service.

"We are very concerned with the deterioration in service and we are working very diligently," DeJoy said. "We are focused on fixing it. We are starting to see a nice recovery ... We should have cleared it up quicker. We are focused on it ... We are concerned about every delivery that is late and we are working very, very hard to get it back on track,."

When asked if he knew how many veterans depend on USPS to deliver their prescriptions, DeJoy said he did not know.

Though DeJoy acknowledged delays in service, he largely did not take responsibility for them. He attributed most longer delays to the coronavirus pandemic and said recent changes he made were intended to ensure delivery trucks completed their routes on time.

"Theoretically, everyone should have gotten their mail faster," DeJoy told senators last week in a hearing where lawmakers shared stories of veterans waiting for their prescriptions to arrive.

"In light of the difficult environment, I urge you to remain mindful that ongoing management and operational reforms do not negatively impact important functions that VA and our veterans rely on," Moran wrote in his letter to DeJoy. "I ask that as operational changes are made, timely and reliable delivery of prescription drugs to veterans remains a priority."

Three days before his appearance in the Senate last week, DeJoy announced he planned to halt changes that some argued led to the reported mail delays, until after the November election.

DeJoy, a top donor to President Donald Trump, took over USPS on June 15. DeJoy issued a memo during his first month leading USPS which mentioned the Post Office's continued financial struggles and announced new policies, including that the USPS would now accept delayed mail to save costs.

The vast majority of Department of Veterans Affairs prescriptions are fulfilled by mail from a group of seven massive, automated hub pharmacies across the country, the Consolidated Mail Outpatient Pharmacy (CMOP) system. That centralized pharmacy system processes about 80% to 90% of all VA outpatient prescriptions and almost all (90%) of those are shipped through USPS. The other prescriptions are typically filled at local VA medical facilities.

USPS is also one of the country's largest veteran employers, with nearly 100,000 veterans on staff (about 15% of the total USPS workforce). About 60% of the veterans working at USPS have a disability rating, the agency estimates.

VA prescriptions mailed by the U.S. Postal Service in the past year have seen delays of nearly 25%, the federal agency recently told Disabled American Veterans, and VA told Congress previously that to help mitigate delays, the department was forced to switch to alternative delivery services in some areas, such as UPS and FedEx, among other measures.

In another letter to DeJoy sent last week, Senate Veterans Affairs Committee ranking member Jon Tester, D-Mont., led 28 other Democrat other senators in raising concerns about how operational changes at USPS could disproportionately harm deployed troops and their families.

USPS is the only service that can deliver to the Army and Fleet Post Office addresses used by the military overseas, and troops and their families stationed domestically also rely heavily on USPS. For many of them, absentee ballots are the only way they can vote.

“This population of Americans is disproportionately affected by any actions that restrict or delay the mail, which is sometimes the only reliable connection they have with loved ones during their military service,” the senators wrote. “Service members rely on USPS for the delivery of medicines, ballots, bills and countless other pieces of vital mail.

"Even more alarming is the reality that service members depend on the mail to exercise their most important rights as American citizens: the right to vote. Absentee ballots are the only way that most of the military community can use their constitutionally protected right to cast a ballot. Making absentee voting more difficult disenfranchises the very Americans who serve and sacrifice on the front lines in defense of our right to vote and live in a democratic society – a cruel irony to our men and women in uniform that must be remedied immediately.”

In recent Senate and House hearings, DeJoy has assured lawmakers that USPS has the funding and resources to ensure that election-related mail arrives on time, though he advised people to request and mail their ballots early.