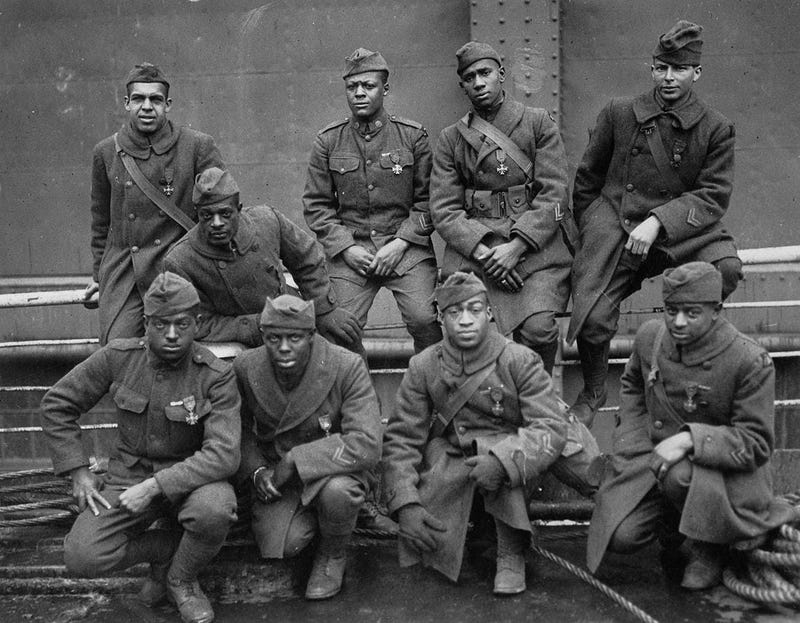 Corporal Freddie Stowers served in Company C, 371st Infantry Regiment, 93rd Division during the First World War. As a squad leader in a segregated unit, he led an attack on a German position while facing enemy fire.

Even after being severely wounded he urged his men to continue fighting where he later would die in battle. His officers recommended him for the Medal of Honor for his "conspicuous gallantry, extraordinary heroism, and supreme devotion to his men," but his paperwork was misled and forgotten.

Nearly 73 years later, Stowers was awarded the Medal of Honor for his actions, making him one of two African Americans who received the award for that war.

Since the 1900s, one review has been done to assess if minority service members from World War I were overlooked for the Medal of Honor. A task force has been researching this concept for years — but now they have congressional support.

Thursday, Senator Van Hollen D-MD., introduced the World War I Valor Medals Review Act, which would require a military service assessment of certain members of the Armed Forces during World War I to determine if those members should be awarded the Medal of Honor. Representative French Hill R-AR., introduced the comparison bill on the House side.

"It's a powerful testament to inclusion and it really demonstrates that World War One is an all-American war. I think a lot of times people have this image of a man standing in a trench for four years and that's the entire war...Americans from all walks of life: rich, poor, black, white, male, female, stepped forward to contribute to the war effort," said Zachary Austin, adjunct director of valor medals review task force with the U.S. World War One Centennial Commission.

Current law prevents someone from opening WWI records to even conduct a medal review. With this new bill, that statue of limitation is not only waived, but it allows the Defense Department to partner with the valor medals task force to utilize their research and determine if any minority service members from the First World War are deserving of the Medal of Honor.

While approximately 400,000 African Americans served in the U.S. Army during WWI, a 1919 comprehensive review found that no African Americans from that era were deserving of the Medal of Honor at the time. 70 of them, however, did receive the Distinguished Service Cross, the nation's second highest honor for valor. Since then, two service members have posthumously received the Medal of Honor — Corporal Freddie Stowers and Private Henry Johnson, who served with the 369th Infantry Regiment of the 93rd Division.

Another review process found that 49 individual minority service members were deserving of having their awards upgraded to the Medal of Honor for WWII and every war after.

This most recent medals assessment being done by the World War One Centennial Commission is historical in nature in that it's reviewing the World War I service history of five groups: African Americans, Asian Americans, Hispanic Americans, Jewish Americans, and Native Americans who were awarded the Distinguished Service Cross or Navy Cross, or who received a recommendation for the Medal of Honor for an action that occurred between April 6, 1917, and November 11, 1918. It would also require a review of the service record of veterans awarded the Croix de Guerre with Palm by the Government of France.

"There are family members that [know their] great-grandfather fought in the war — that's all they know. So, there is the family connectivity," said Dr. Tim Westcott, associate professor of history and Director of George S Robb Centre for the Study of the Great War at Park University.

"This nation is going through a soul searching related to reparations, race relations, [the] Black Lives Matter movement," Dr. Westcott continued. "We are trying to review every service member that warrants a review to make sure the valor that they displayed on a foreign battlefield for this nation has his due process."

The United States World War One Centennial Commission champions multiple causes in addition to the task force including supporting the WWI Memorial in Washington, D.C. and local memorial restoration.

"This is not gonna be over by Christmas," said Austin, who mentioned the average individual review takes about seven years to complete. However, with the introduction of this legislation, both the commission and the university can be enthusiastic about how their research can impact the grand scheme of the American military story.