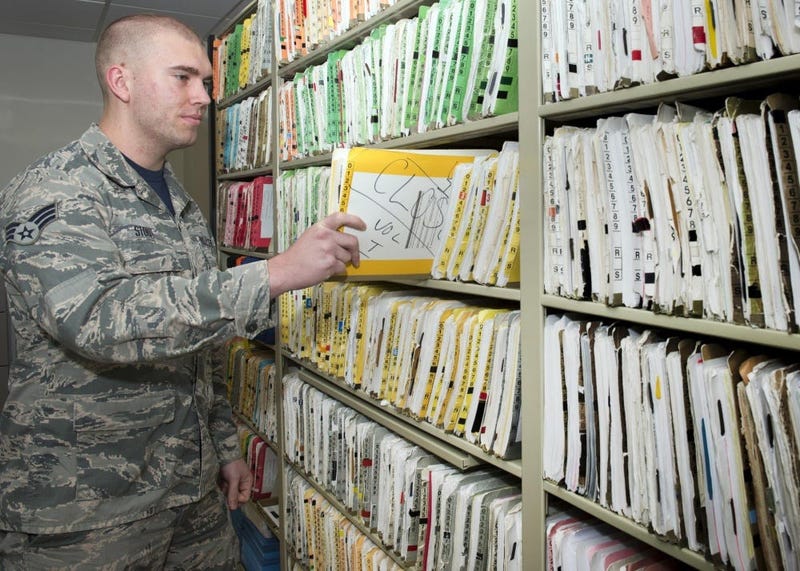 A group of veterans filed a lawsuit against the Department of Veterans Affairs in an attempt to stop it from sharing veterans' health records with third parties, saying it violates veterans' Constitutional rights.

At a court hearing on Wednesday, VA agreed to hold off on sharing those records until at least Jan. 1, 2020, retired Navy Commander John Wells told Connecting Vets. Wells is the litigation director of Military-Veterans Advocacy, the group that filed the lawsuit.

Wells said some veterans received mailed notices from VA with a Sept. 30 deadline to opt-out of sharing their records. But veterans didn't receive the notices until the end of September. That deadline was part of the impetus for the lawsuit, he said.

But after the suit was filed and ahead of the hearing Wednesday, Wells said VA began changing information on its website -- the department now said it would not begin sharing veterans' records until January.

At the court hearing, VA produced a "declaration" saying the department "would not disclose any veterans' information until Jan. 1, 2020," Wells said.

The VA recently announced that it planned to automatically share veterans' healthcare records with its network of private doctors when veterans seek care outside VA -- unless those veterans opt-out.

That change is partially in response to the June launch of the MISSION Act, which replaced the CHOICE Act and expands veterans' access to private doctors in a VA network of providers.

In order to streamline the process of seeing a doctor outside VA, the department said it changed its policy from requiring veterans to provide signed permission to release their records to those doctors, to instead require veterans who don't want their information shared to submit that in writing.

Previously, veterans had to provide written notice to VA saying it was OK to share their medical records, opting in. Now, those records will be shared automatically, unless veterans fill out and submit a form saying they don't want their records shared with the doctor they see outside VA, opting out.

VA shares veterans' health information with its community providers "using a secure and safe electronic system called the Veterans Health Information Exchange," according to the department.

But it's unclear exactly who has access to veterans' private health care information, the lawsuit says, or how that information will be protected.

"How do I know who will see that?" Wells said. "Once everything is dumped into the big cloud in the sky ... How do I keep someone from getting access to it?"

Wells said many veterans are concerned about private information, such as health diagnoses including post-traumatic stress disorder or traumatic brain injuries, becoming public.

"They're definitely afraid of that information being shared," Wells said. "That's private information and we have no way of knowing how it will be secured."

There's also concern about potential "red flag" legislation, that would identify veterans potentially at risk of violence to themselves and others and kick off a judicial process that could end in a veteran losing access to his or her firearms.

The lawsuit accuses VA Secretary Robert Wilkie of not following the Constitution or the law, adding that veterans were not allowed to participate in the decision-making process that led to the change in records policy.

"The new policy violates the veterans' Constitutional right to privacy over medical records ... by the wholesale release of information to third parties without express written consent," the lawsuit reads.

Wells said he hopes veterans will get more of a say in how their information is handled.

"What should happen is the VA ... allows time for everyone to comment," he said. "If they do that, then it gives us a chance to understand the program and allow veterans the opportunity to make an intelligent decision about what they want to disclose."

Earlier this week, Wilkie issued a statement saying the policy change provides "seamless access to care, improving efficiency and helping to ensure veterans get the care they need, where and when they need it.”

The VA did not immediately respond to Connecting Vets' request for more information on exactly who could potentially access veterans' healthcare information and what measures VA has taken to secure that data.

AMVETS National Executive Director Joe Chenelly said the delay in records sharing "will further delay veterans' ability to get timely appointments with doctors outside the VA through the MISSION Act."

VA advised veterans who do not want their health information shared electronically to:

VA IT issue delays some veteran benefits payments for 2 days