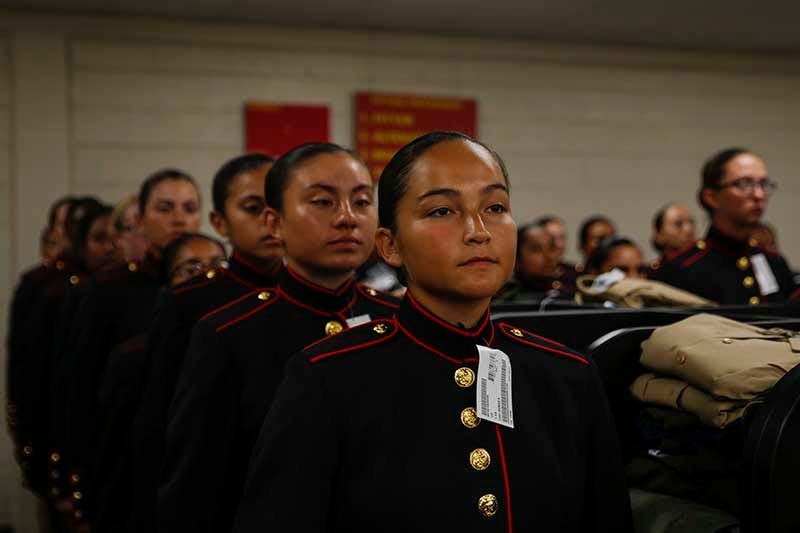 Male and female Marine recruits will train together in boot camp for the first time in Marine Corps history.

Until now, the Marine Corps remained the only branch of the military to have gender segregated initial training. For recruit training, the first three battalions are all-male, while the fourth battalion has been historically all-female and led by female drill instructors.

A Marine Corps spokesman also told ABC News that while this integration isn’t permanent, it "will certainly look at how the company performs in this model as we continually evaluate how we make Marines."

As of 2017, the Marine Corps is still both the smallest American military branch, with women making up 8.3 percent of the service, the lowest representation of women across the Armed Forces.

This change has been the interest of many in the Marine Corps community for years. Among those calling for changes were retired Marine Lt. Col. Kate Germano, who experienced pushback from the Corps after first suggesting the branch integrate their boot camp.

RELATED: Fight Like a Girl challenges the Marine Corps standards for female recruits

This hasn’t been the first gender-related change for the Corps, though. Last March, the previously male-only combat training course in California saw its first class of 40 female Marines.