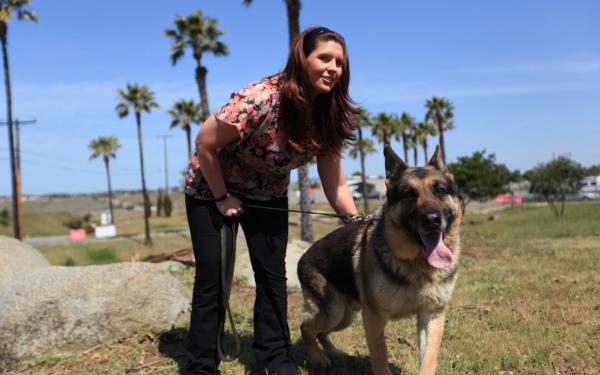 Never estimate the bond between a Marine and her dog.

Especially after they’ve battled bombs only to find they have to fight maddening bureaucracy before they were reunited.

Megan Leavey enlisted in the Corps in 2003 and was stationed at Camp Pendleton, California, where she was first paired with military working dog Rex. The duo was deployed to Iraq twice – once in 2005 when they were sent to Fallujah and a second-time in 2006 when they headed to Ramadi.

They completed more than 100 missions during those deployments before a bomb blast Sept. 4, 2006, left them both with injuries. The explosion occurred while the pair were on foot patrol outside Ramadi. An insurgent set off an explosive device that was buried too deeply for Rex to sniff out. The ensuing detonation sent Leavey and Rex flying 10 feet into the air. As a result, Leavey sustained a head injury and PTSD. Rex hurt his shoulder.

The two were apart to receive treatment, but Leavey never forgot her best friend as she recuperated from her wounds and ultimately opted to retire from the Corps.

“It felt like I was abandoning him,” she recalled. “After all we’d been through, that was so hard.”

For her injuries, Leavey received the Purple Heart and the Navy and Marine Corps Achievement Medal with a “V” device for heroism in combat. She left the Corps in 2008 and launched a campaign to adopt Rex when his bomb-sniffing career was cut short by facial palsy. 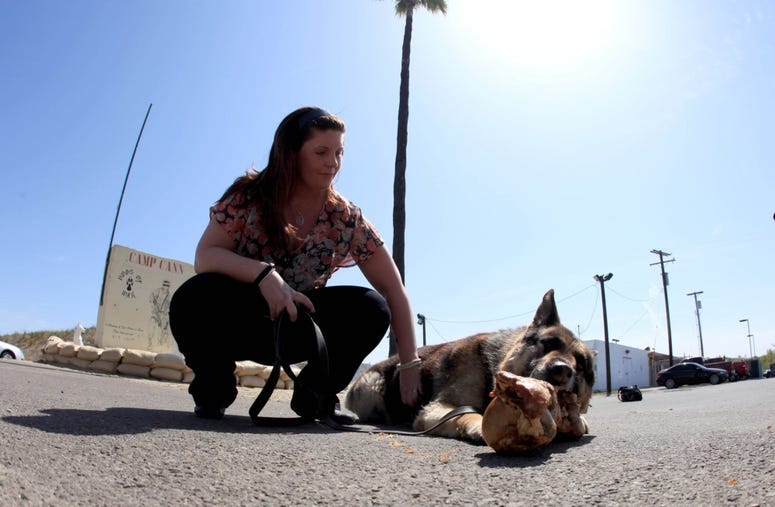 The Marine Corps initially turned down Leavy’s petition, saying that Rex was too aggressive. He’d bitten other Marines, and the Corps worried that he posed a danger to other dogs. That didn’t deter Leavey. She gathered nearly 22,000 names on a petition and found supporters in politicians like New York Sen. Chuck Schumer (D).

In 2012, the Marine Corps greenlighted Leavey’s request. The two battle buddies spent eight months together before Rex passed away of old age in December.

The challenges Leavey faced while becoming a dog handler for the Corps and the bond that she developed with Rex were detailed in a movie in 2017.

“Once I was able to get Rex back it helped me deal with a lot of issues I had after the war,” she said.