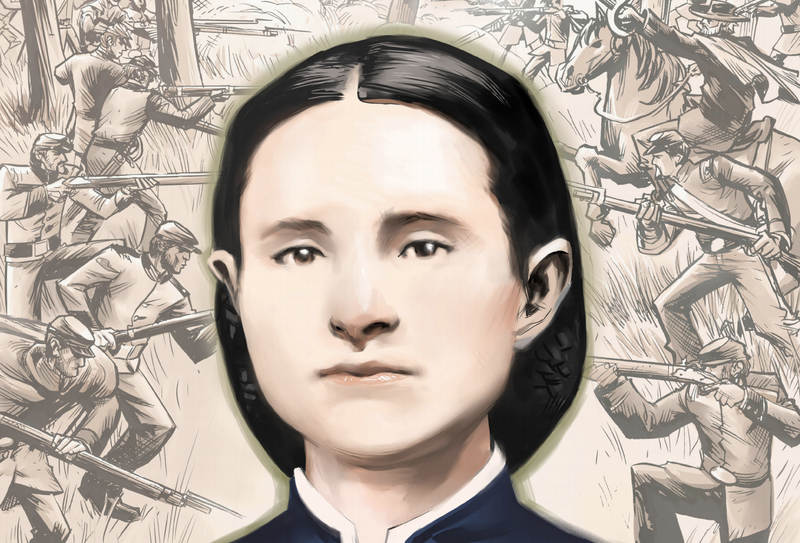 The Association of the United States Army (AUSA) found that their graphic novels detailing the heroic actions of Medal of Honor recipients were so well received that they have produced more of them -- the latest about America's only female recipient.

Mary Walker served as a surgeon during the Civil War, a position that was far outside of accepted gender norms at the time. Her career and her later awarding of the Medal of Honor were both controversial. 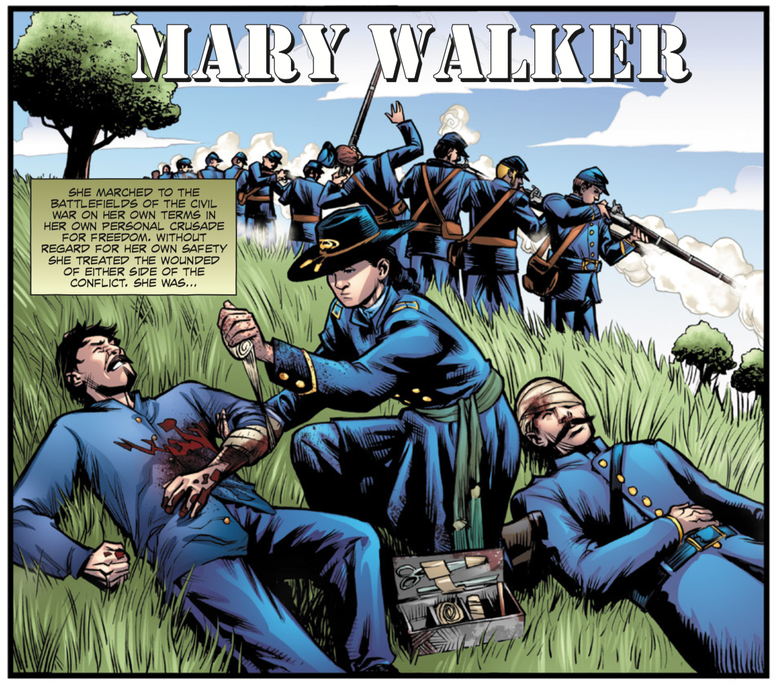 The graphic novel was created by a team of professional comic book illustrators and written by long time comic writer Chuck Dixon who created the DC villain Bane and has written Batman and The Punisher in the past. Connecting Vets asked him what surprised him the most about Walker's story.

"Mostly, that I was never aware of it. Why don't we hear more about the only female recipient of a medal of honor?" he asked.

Working with him on the project was Karl Moline who did pencils and inks, colorist Peter Pantazis, and letters by Troy Peteri -- all of whom have previous experience with DC and Marvel comics.

"Everything went great!" Dixon said of the experience. "Karl Moline, who did the art on this one, is a good friend as is Troi Peteri, our letterer." 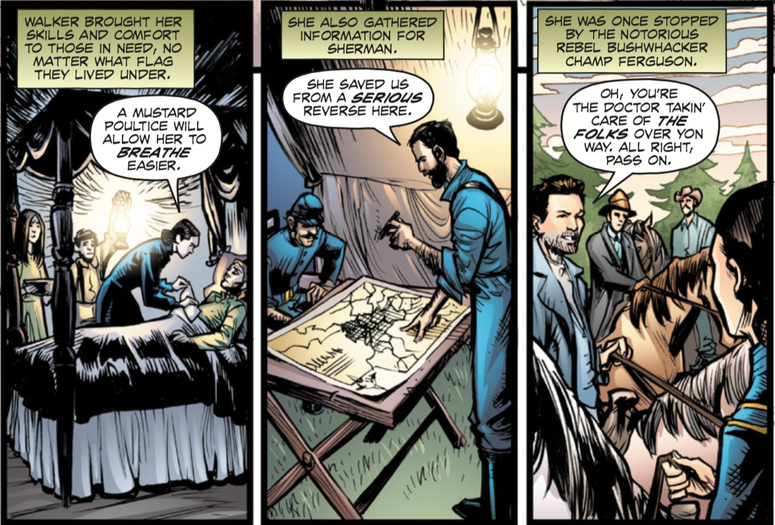 "We've worked together before and know each other's styles. That always makes it so much easier."

Walker's story is incredible enough that she could be a real-life superhero. She was one of the first women in America to attain a medical degree but struggled in a world where women were not seen on the same professional level as men were. Despite this, she traveled to the front lines of the Civil War and began treating people, eventually earning a contract with the union army. She treated the sick on both sides of the conflict, frequently crossing sides between the two warring armies. At one point she was captured and spent time in Castle Thunder Prison Camp until her release was secured during a prisoner exchange.

Years later, President Andrew Johnson awarded her the Medal of Honor, but it was revoked in 1917. Despite this, Walker refused to return the medal and wore it openly. It wasn't until 1977 that the decision to revoke the medal was properly reversed, restoring it to Walker posthumously. 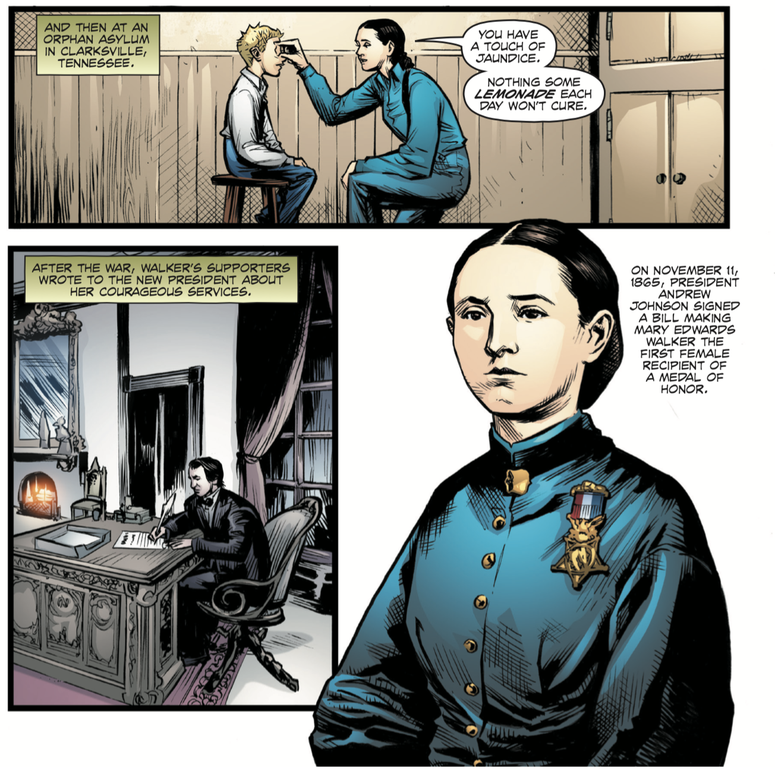 Of course, we had to ask Dixon if there could be any more Medal of Honor comics in the future.

"I'm certain there will be," he told Connecting Vets. "These are very popular online and, I'm told, the print editions are much sought after at AUSA conventions. And, if we do more, I'm ready to provide the scripts to tell the stories of these American heroes. They deserve to be in our memories and I'm pleased to be a part of making that happen."

The graphic novel can be downloaded from the AUSA website free of charge here.