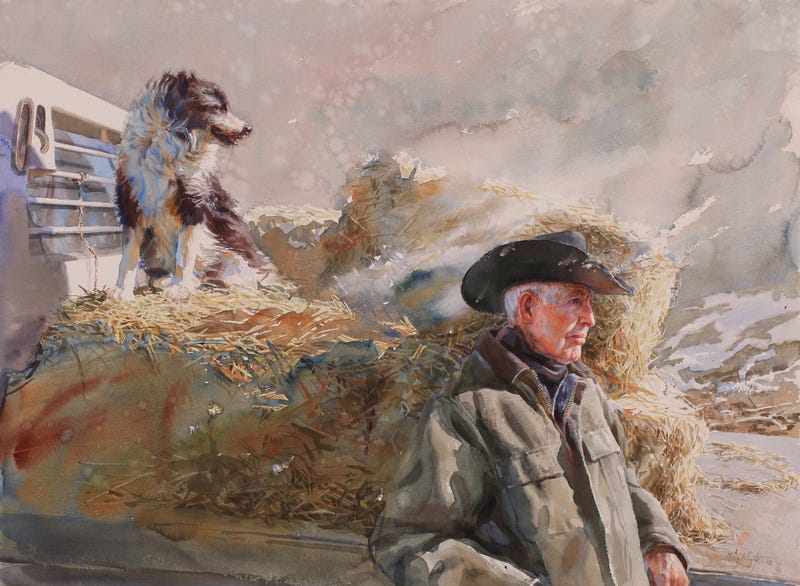 There’s something beautiful about seeing veterans re-integrate back into civilian society after their military service.

And now, Charleston, South Carolina artist Mary Whyte has captured those images in a series of 50 large scale watercolors in an exhibit called We The People: Portraits of Veterans in America that features current-day veterans of all ages, in all walks of life and from every state.

“Our true patriots are our veterans, those who sacrifice and those who lay down their lives for our country,” she said.

Whyte began her quest to capture the essence of what it means to be a veteran in America back in 2010. She came up with a list of the types of people she wanted to include and then began making calls to city halls, Veterans of Foreign Wars and American Legion posts around the country for help in identifying veterans who met that criteria.

“I wanted the average veteran who then returned from service and picked up life where they left off,” she said. “Veterans are among us in the community. We just don’t know them because many don’t talk about their service. They are humble.’”

“I got to see the entire country and meet some extraordinary people,” she said. 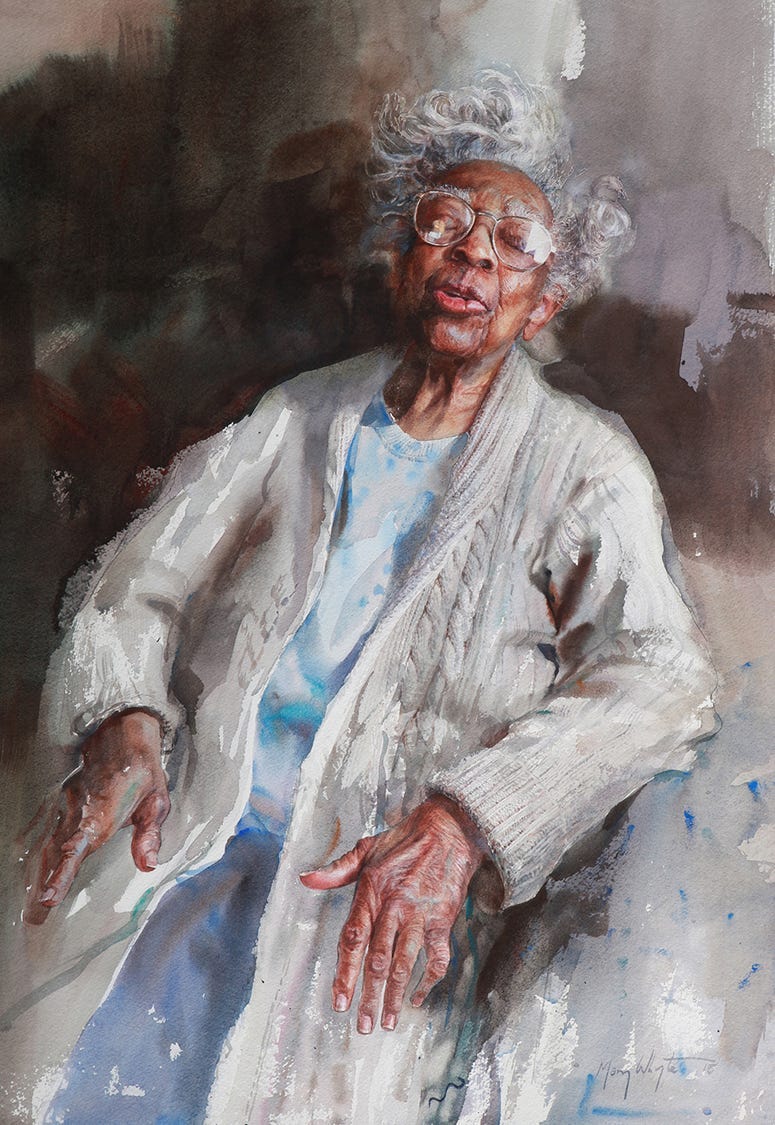 Among the paintings are depictions of a Native American woman; a homeless veteran; and a 100-year old African American woman who worked in the post office that served the Tuskegee Airmen.

Whyte took photographs of the veterans when she visited them and then used them to create the paintings back at her studio.

“The paintings took anywhere from a couple of hours to several weeks to finish,” she said.

Working on the paintings led Whyte to create the Patriot Art Foundation as a way to honor the nation’s veterans through art. 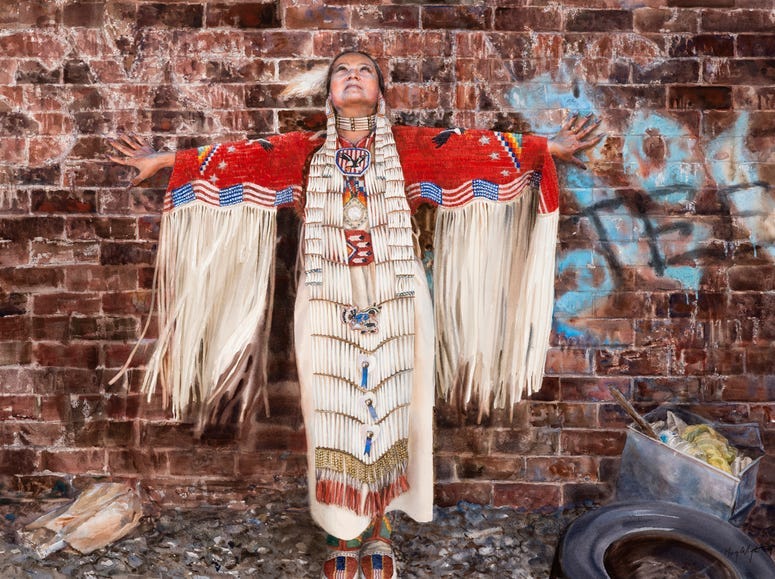 “Our mission is to serve veterans through initiatives in art for healing, as well as by fostering a greater appreciation for their service among the public and in schools,” she said.

The foundation stands on what Whyte describes a five pillars: Valuing the veteran’s military service to the nation; celebrating the veteran’s return to civilian life and their contributions to American society; inspiring all Americans to consider national service; assisting veterans and their families by providing therapy services and ways they can express themselves in art; and using online resources to connect veterans with the public.

Attacking Art: Painting as a way to  heal

The exhibit will be on display from Oct. 25 to Dec. 22 at City Waterfront Gallery in Charleston, South Carolina.