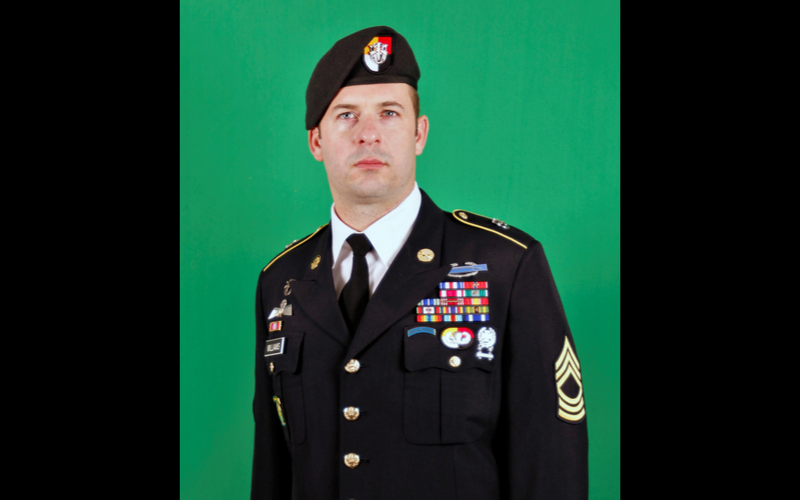 President Donald Trump will present the Medal of Honor award for conspicuous gallantry to Williams on Oct. 30 for his actions that saved the lives of four wounded soldiers and kept others from being overrun during a six-hour mission in the mountains of eastern Afghanistan that would later be called the "Battle of Shok Valley."

On April 6, 2008, Williams was serving as a weapons sergeant with Special Forces Operational Detachment Alpha 3336, Special Operations Task Force-33 in support of Operation Enduring Freedom. On a mission to eliminate or apprehend "high-value enemy targets," Williams and 14 other Special Forces soldiers and about 100 Afghanistan service members hiked up a near-vertical mountainside when they came under heavy fire from snipers, machine guns and rocket-propelled grenades.

In the ensuing chaos, Williams gathered a team and led them across a waist-deep, ice-cold, fast-moving river, climbing their way up the mountain to reach their lead assault force, which was in danger of being overrun. Williams and his team sergeant led Afghan forces in providing suppressive fire to protect fellow soldiers, allowing them time to move injured soldiers down the mountain.

Williams distinguished himself with his "complete disregard for his own safety and concern for the safety of his teammates" that ensured the survival of four critically wounded soldiers and prevented the lead element of the assault force from being overrun by the enemy, Lt. Col. Loren Bymer spokesman for U.S. Army Special Operations Command, said in a news release Thursday.

While Williams and his team worked to defend, an enemy sniper shot his sergeant. Under heavy fire, Williams went to help before leading the team down the near-vertical, 60-foot cliff face and kept up first aid before climbing back up the mountain under fire to help recover more injured soldiers and repair a radio.

But enemy forces, which totaled about 200, tried to overrun the casualty area at the base of the cliff. Williams and Afghan forces fought back to defend their injured comrades under friendly, danger-close air strikes until a medical evacuation helicopter arrived.

As the helicopter neared, Williams once again exposed himself to enemy fire to transport injured soldiers. Once they were aboard, he continued to direct the defense until the wounded and dead were evacuated -- preventing further casualties.

Williams, a native of Boerne, Texas, graduated from Angelo State University with a bachelor's degree in criminal justice.

He was driven to serve, Bymer said, and enlisted in the Army Special Forces enlistment program in 2005. After Infantry One Station Unit Training, Williams attended Basic Airborne Training at Fort Benning, Ga. Williams next attended the Special Forces Assessment and Selection in 2006, where he was selected to attend the Special Forces Qualification Course. In 2007, he graduated as a weapons sergeant and was assigned to Charlie Company, 3rd Battalion, 3rd Special Forces Group (Airborne).

His awards and decorations include the Silver Star and Bronze Star Medal with two Bronze Oak Leaf Clusters.