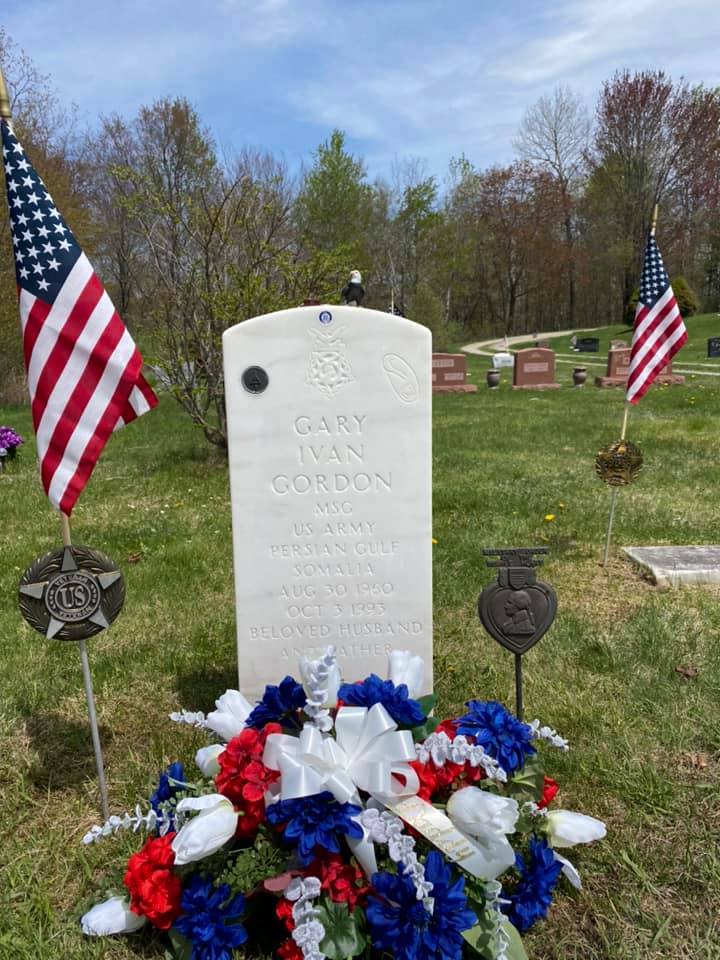 The suspected vandalism to Delta Force Master Sgt. Gary Gordon’s tombstone in Lincoln, Maine has been repaired, but police there continue to ask for the public’s help in identifying those who caused the damage.

“What an amazing job by Maine Gravesite Maintenance cleaning and repairing the vandalism that occurred to MSG Gary Gordon’s stone,” a Facebook post from the town’s  Parks and Recreation Department reads.”They were here within 12 hours of us contacting them, had a specialized cleaning solution overnighted, and were in Lincoln bright and early this morning. They did all of this at no charge. Thank you Stu and Sue!”

The damage appeared to have occurred sometime over the course of the past two weeks, Stars & Stripes reported.

Gordon was posthumously awarded the Medal of Honor in 1993’s First Battle of Mogadishu during Somalia’s civil war. He died while protecting a downed helicopter pilot during an incident at the center of the book and movie “Black Hawk Down,’ Stripes said.

Black Hawk Down was 26 years ago today. Two Rangers who were there say it changed everything.

The Lincoln Police Department posted photos to Facebook on May 20 depicting the damage to  Gordon’s tombstone. Paint had been sprayed over the stone’s inscriptions, including a Delta Force insignia, a beret symbol and the Medal of Honor. 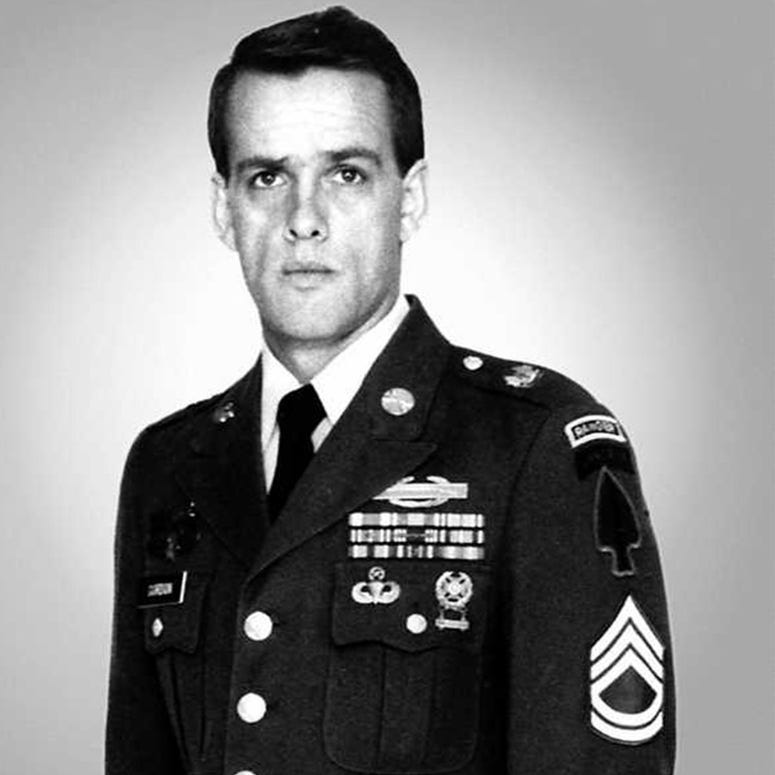 “There has been talk that this may have been done as an additional honor, where Medal of Honor recipients have gold inlaid to the engravings and that this is still a work in progress,” the police department’s post said. “If that is the case, the family was never notified that this was happening.”

Gordon’s sister first saw the damage in a Facebook post, she told Bangor television station WABI. Her brother is buried next to their father, Cpl. Duane Gordon, and the gravesite is visited frequently, the station reported.

“I have no words for it,” Robin Gordon told the station. “It’s just disrespectful.”

The spray paint was removed on Thursday.

Gordon was a sniper team leader on the lead Black Hawk helicopter providing aerial support during the Oct. 3, 1993, raid of the Somali capital, which was designed to capture “high-value targets” affiliated with warlord Mohamed Farrah Aidid, Stripes reported.

When two other helicopters were shot down, Gordon and Sgt. 1st Class Randall Shughart repeatedly asked to be inserted to protect survivors at the second crash site, despite knowing that militants were closing in and that they likely didn’t stand a chance, the Pentagon said in a Medal of Honor Monday release last July that paid tribute to Gordon.

They were inserted about 100 meters from the crash site and fought their way through gunfire and “a dense maze of shanties and shacks,” it said. At the crash site, the co-pilot and two crew chiefs were already dead, but Gordon pulled Chief Warrant Officer 3 Michael Durant, the injured pilot, from the wreck.

Black Hawk Down hero, native of Durand, dies at 64

He and Shughart then fought to protect the site’s perimeter until Shughart was fatally wounded and Gordon was running low on rifle ammunition. Gordon handed Durant a rifle and went back into the fight. He was soon shot and killed, and Durant was taken hostage for about two weeks.

Lincoln police asked for information on the incident on Facebook, whether it was done “maliciously or with honorable intent,” and urged the responsible party to come forward.

“Do the right thing and turn yourself in,” the post said. “Before we find you.”