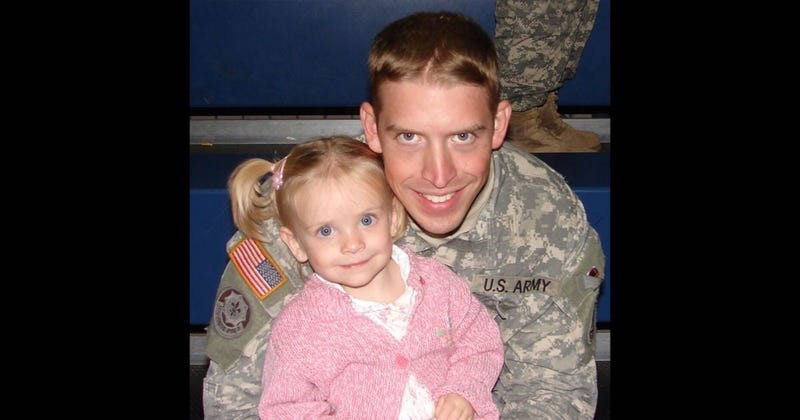 Kate Kemplin has studied military suicide and traumatic brain injuries for years – long before her husband experienced one in Iraq and later killed himself. Now, Kemplin is using her expertise to advocate for soldiers like her husband, and dispelling the “myth” that TBIs are “just headaches.”

Sgt. 1st Class Michael Froede and Kemplin met at a hospital in the Poconos. She was a trauma nurse in the emergency room, he was working security after his first stint in the Army.

He was cute, funny, a “smart ass” and they were “head over heels,” Kemplin said, laughing. They were married in 2004 at the Infantry chapel at Fort Benning a year later with Froede back in the Army. They’d have two girls together, Gwendolyn and Gretchen, now 13 and 10.

“He loved his girls very, very much,” she said. 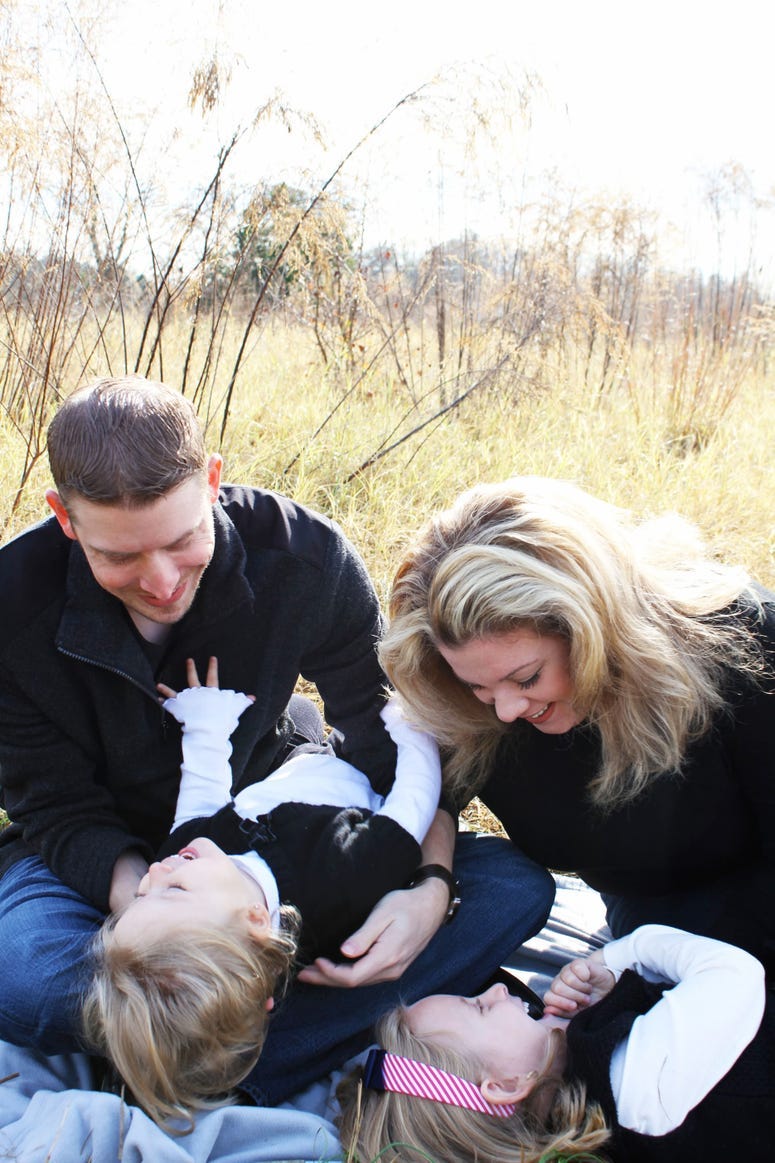 Three years later, in 2007, Froede deployed to Iraq. While there, an EFP exploded under his vehicle -- directly under his seat. He walked away visibly unhurt -- not a scratch, she said. At least on the outside.

“He was never really the same,” she told Connecting Vets. “It was almost like I lost him in Iraq and only his body came back.”

Froede’s personality warped. He became increasingly paranoid, accusatory, frequently irrationally angry, erratic, easily overwhelmed, had trouble sleeping and could even be cruel at times. And yes, he had severe headaches.

Those symptoms only worsened over time. Now working in military intelligence, a fear of losing security clearance or otherwise damaging his career trajectory convinced Froede not to seek help, despite Kemplin calling in every favor and connection she could think of to try to convince him to get treatment.

“He wouldn’t take the risk,” she said. “He was so scared. His career was his life, his identity.”

Kemplin was in a master’s program studying traumatic brain injuries when Froede sustained his TBI.

“I could see it unfolding in my spouse in front of my eyes,” she said.

Froede's injury, and his subsequent transformation, followed by a refusal to get help, led the couple to divorce.

Kemplin, a nurse scientist, professor and Ph.D. candidate, worked for the Army as a civilian clinician, continuing to study reintegration issues, Special Operations medicine and medic curricula, combat stress and injuries, including concussive symptoms and TBIs, and their links to suicide, for years. She saw other soldiers with similar injuries and experiences and knew that her (by then) ex-husband’s was worse.

In the aftermath of the Iran missile strike on Al Asad Airbase, President Donald Trump characterized the reported traumatic brain injuries as “not very serious.”

“I heard they had headaches,” Trump said. “No, I don’t consider them very serious injuries, relative to other injuries that I’ve seen.”

The president’s comments set off a firestorm from scientific, medical, military and veteran communities. For Kemplin, it hit home and sparked rage not just for her family’s loss, but for future generations of soldiers like her ex-husband.

“What do you think hearing the president's comments did to my kids? What do you think that did to the families of the service members who were injured? If the president doesn’t believe in their injuries, then how will they feel? He should have been in Landstuhl pinning Purple Hearts on every single person affected.”

In the days and weeks that followed, the Pentagon continued to raise their count of troops with what top military leaders referred to as “mild” traumatic brain injuries, allowing that those TBIs could worsen and affect service members for life. They celebrated that no one was killed in the strikes, that no limbs were lost.

Froede’s TBI was also initially diagnosed as “mild,” Kemplin said. His brain and those of other troops similarly injured are being studied at the Center for Neuroscience and Regenerative Medicine at the Uniformed Services University in Bethesda, Md. Dr. Daniel Perl and his team at the center are studying scarring found on the brains of service members exposed to blasts who also died by suicide.

At least 50 U.S. service members have been diagnosed with traumatic brain injuries from the strike, Pentagon officials said.

The missile strike was in response to the U.S. killing of Iranian Gen. Qasem Soleimani. Soleimani is credited with attacks on U.S. troops, including the use of explosively formed penetrators, or EFPs, the same device that led to Froede’s TBI and is responsible for the death of hundreds of American service members. It’s a vicious cycle Kemplin said will continue so long as injuries like Froede’s aren’t understood or aren’t taken seriously.

“I highly doubt mothers would allow their sons and daughters to volunteer for a very long war if they knew the true incidence and virulence of TBIs sustained in these current wars on terror,” Kemplin said. “How they can affect their lives and, sometimes, end them.”

More than 383,000 service members have been diagnosed with traumatic brain injuries in training of combat since 2000, according to 2018 Defense Department data.

After the invasion of Iraq in 2003, traumatic brain injuries in the U.S. military -- particularly the Army -- soared with increasing devastation from roadside bombs, IEDs and, eventually, EFPs. In the early 90s, the Defense and Veterans Brain Injury Center was established.

But the U.S. military was already “15 years behind 15 years ago” in understanding concussive injuries from explosives, such as TBIs, Kemplin said. It’s an understudied issue, but “that’s the Army cliche, right? No data, no problem.”

The military can blame its own for failing to recover, she said. Troops are dismissed as “not being resilient enough, not strong enough.

“When you’re marginalized to that point, I can see how that could make any service member feel like there’s no hope,” she said.

Traumatic brain injuries, especially those sustained in combat, are severe mechanisms of injury, and Kemplin said it’s dangerous to downplay them, particularly when the biggest risk factor is reinjury.

“It’s the priority of every commander to get their soldiers back in the fight,” she said. “But (a TBI) is invisible; it's a blast-pressure wave coming at your brain, which is essentially a bowl of jello inside a skull. If you shake the jello hard enough, it’s going to sever connections that we can’t see. So you’ve got this enlisted medic trying to tell a bunch of officers, ‘I cannot send this guy back into the fight, he needs to rest.’ And it’s even harder to get that soldier to stay down and rest when no one can see the injury."

“It really is the invisible wound of war. These are not just headaches.”

-
If you or someone you know needs help, contact the Veteran Crisis Line 24/7 at 1-800-273-8255 (select option 1 for a VA staff member). Veterans, service members or their families also can text 838255 or go to veteranscrisisline.net.
Reach Abbie Bennett: abbie@connectingvets.com or @AbbieRBennett.
Want to get more connected to the stories and resources Connecting Vets has to offer? Click here to sign up for our weekly newsletter.