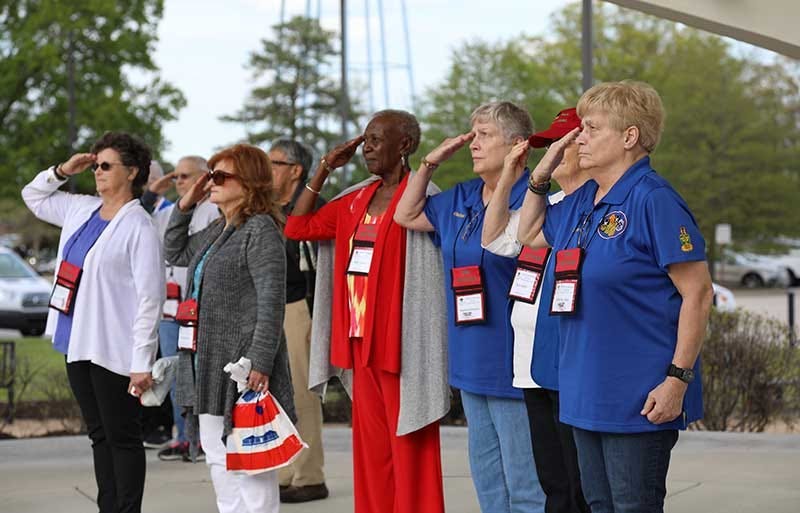 With the VA projecting that women are on track to become 10 percent of the entire veterans population, they remain the fastest growing group. As more women, particularly in the post-9/11 era return home and begin their own transitions, major veterans groups are starting to respond with additional programs to fit their needs and more women veterans sitting at the table.

When the American Legion was charted by Congress in 1919, women couldn’t legally vote for any office, but they could join, and vote, for the Legion’s national commander. Today, the organization has more than 13,000 posts around the world and is instrumental in advocating for countless pieces of legislation on behalf of veterans and creating programs for their children—quite the jump from providing World War I veterans with a place to relax, recover and spend time with each other.

It didn't stop there. The Legion has made strides to urge the VA to offer gender-specific care and encourage more awareness and training about military sexual trauma. 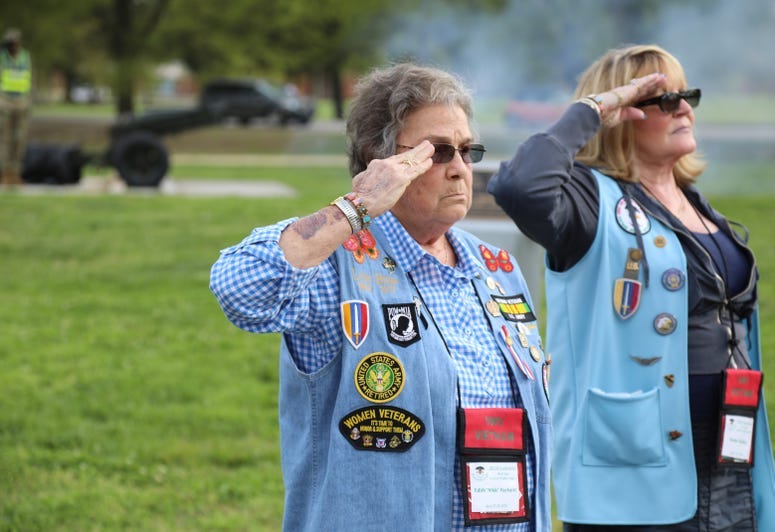 The group's average membership age spans from 55 to 60-years-old and is one of the longest-standing veteran service organizations. But as the older generation passes away, the group remains unsure about how to garner the attention of younger veterans, especially women.

Keronica Richardson, the women veterans healthcare coordinator for the American Legion says she has brainstormed everything from sponsoring jerseys for little league baseball teams and partnering with other organizations, to creating a women veteran’s task force.

Currently, most women belong to the Legion's sister organization, the American Legion Auxiliary. It describes itself as "the world's largest women's patriotic service organization." Through the auxiliary many programs, it's members, primarily women, support the needs of Legion members, their families, and the greater military community.

“Everyone doesn’t want to be in the auxiliary. There are people who want to be within the American Legion, but what can we do to actually keep those women veterans informed and abreast of what’s going on?” added Richardson. “If you look at the other, younger VSOs, they are definitely doing a great job in that area."

Some of those "younger" groups, as Richardson puts it, are Iraq and Afghanistan Veterans of America (IAVA) and Wounded Warrior Project (WWP). They target younger veteran groups and are hyper-focused on both women and the post-9/11 generation. They've grown 15 percent per year over the past 8 years, according to the Center for New American Security.

IAVA was founded in 2004—it’s an infant when it comes to other veterans organizations. But in that short time, they’ve carved out space for themselves with six priorities: combating mental health and VA reform, supporting women veterans, defending the G.I. Bill, recognizing burn pit exposure and empowering wounded veterans to use medical marijuana. 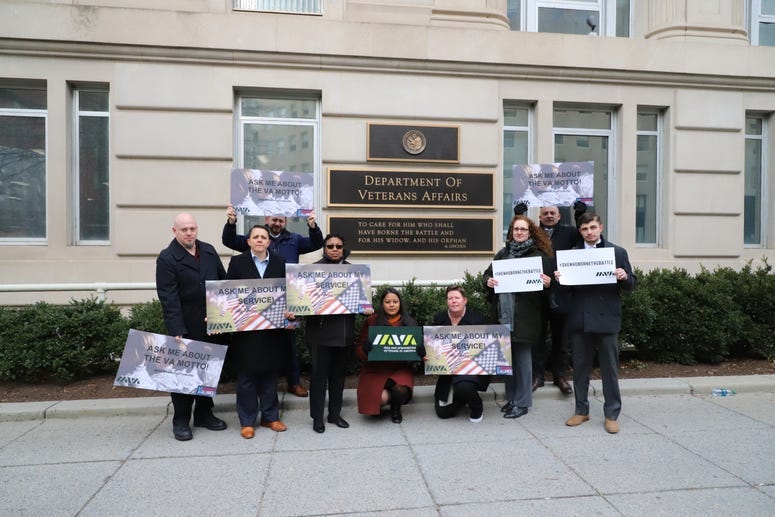 “I think there’s a sense among many women veterans there’s no need to join a club where you're gonna feel excluded. There’s no need to be a part of that community and build that as an extracurricular in your normal civilian life,” said Lindsay Rodman, a Marine Corps veteran and director of communications and legal strategy for Iraq and Afghanistan Veterans of America (IAVA).

Rodman says she was drawn to IAVA because of their diversity.

“To be honest I didn't naturally feel drawn to the traditional VSO because I didn't see myself reflected in their leadership…or the way they’re represented generally,” she said. “I like to see myself as a still a generally young, female veteran.”

Jennifer Silva, an Army veteran, serves as the Chief Program Officer for Wounded Warrior Project (WWP). And while she currently oversees the many mental health programs at WWP, she found herself largely separating herself from her service after getting out of the military. 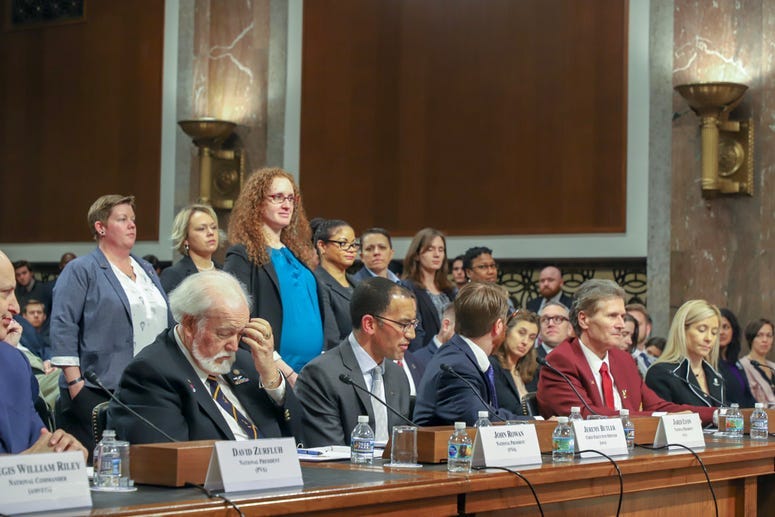 “I was very proud of that time but I was also very interested in doing different things," said Silva. "But I've always kind of downplayed that piece...I didn't serve for as long as many women or men for that matter and during peacetime."

Silva, who comes from a line of veterans, knew her father was a lifetime member of Disabled Veterans of America (DAV) but became affiliated in WWP after moving near their headquarters in Jacksonville, Florida.

"Our mission appealed to me very strongly and the atmosphere here was very innovative...WWP is very data-driven. Decisions are made on the impact of what we do," said Silva. "We're always innovating and staying relevant to what our veterans need."

About 16 percent of their "warriors" are women. Just last year, they served about 10,000 women directly through their programs, a number that could increase as women veterans continue to self-identify, something Silva encourages.

"If that's helpful for their transition, that they reach out at the same rate as male veterans, we're [WWP] here if they would like assistance," she said.

WWP and IAVA however, aren't the only organizations upfront about the strength of their diversity.

American Veterans (AMVETS), chartered in 1944, prides itself on being the most inclusive veteran service organization yet, for the first time since its inception, a woman is serving as the national first vice commander.

“So often veterans organization get the bad rap that there's a bar and there are war stories and women aren’t welcome and I'm not saying that doesn't go on, but there’s so much more that veterans organizations are known for,” said Jan Brown, retired Air Force veteran and national first vice commander of American Veterans (AMVETS).

"Not that you're an oddity but kinda. Not in a bad way...but it's that little look of surprise," said Brown. "As [the] first vice what I've done a lot this year is self-identify. No, I'm not necessarily gonna dress up like the flag but I'm patriotic and I'm here to help other veterans." 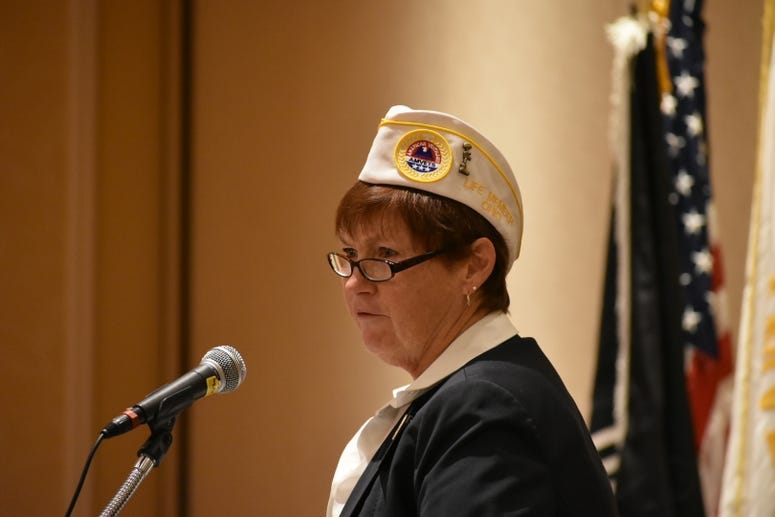 Groups like Disabled Veterans of America (DAV), simply advocating for equal treatment of women veterans in words isn’t enough. In their 2018 report, “Women Veterans: The Long Journey Home,” the group offered recommendations for how the VA can better improve their care of women.

“They [women] often go home and are just expected to fold back into society into just their traditional roles perhaps as a mom, wife or with their partner, and they don’t meet as many women veterans so belonging to a service organization does help,” said Joy Ilem, national legislative director for DAV.

That's why DAV is rolling out their Interim Women’s Advisory Committee. Recently created it will further the work, such as authorized studies, legislation and nation-wide events being promoted by DAV for female veterans. 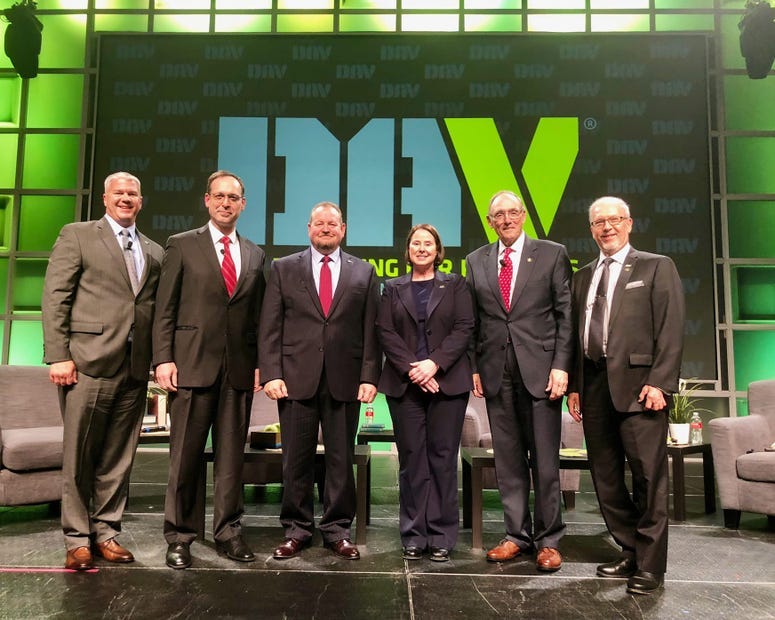 Ilem credits DAV with educating her about the VA benefits that she earned and she wants to do the same for other women.

“I thought you know, that was for my dad or something. I didn't think that I was eligible for that care or about the disability system," she said. Now, Illem is instrumental in helping the organization urge VA to be inclusive: from ensuring handouts and posters showcase women veterans, to making sure new moms are properly taken care of."

Tammy Jones, an Air Force veteran was recently elected a vice president of Paralyzed Veterans of America (PVA) and found the group to be extremely welcoming to her, regardless of her being a woman.

“When I rolled onto the unit they had a sign that said 'it's a girl'...I was one of the first ladies on the unit in a long time, so the 'it's a girl' was for me." said Jones. "It was the specialness that they were taking care of their sister.” 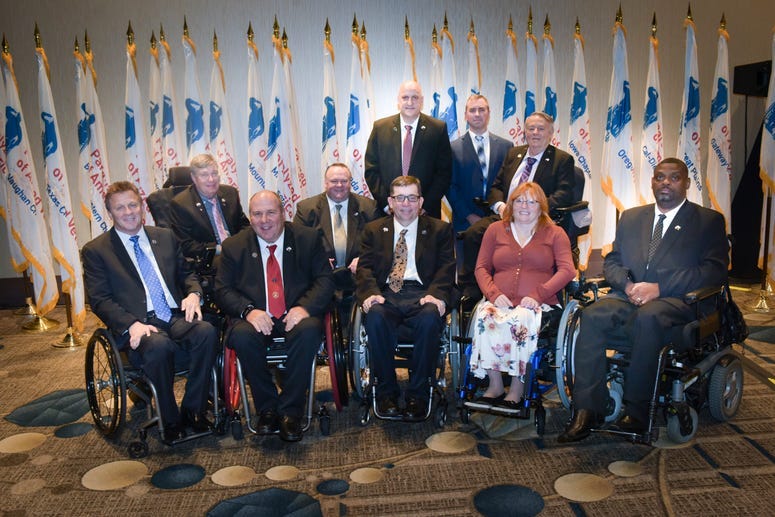 Many of the other PVA members in the medical center were Korea and Vietnam-era veterans but made sure to educate Jones on how the organization could help her, from correctly filling out paperwork to connecting with other paralyzed veterans. Now, serving in a leadership capacity, she's been on the forefront at making sure women in the community are served adequately after service.

"We've done surveys with a couple of chapters to see where the knowledge base is for our lady veterans and unfortunately, we're finding that a lot of them don't realize what the VA can offer them as a women veteran," said Jones.

To close that gap, PVA is planning a three-day retreat this year for 50 women veterans to discuss mental health, entrepreneurship, sexual assault, and fertility issues.

It's apparent VSOs are aware of the changing face of the veteran population, and while some are adapting quicker than others, they all recognize the need to include women veterans going forward.