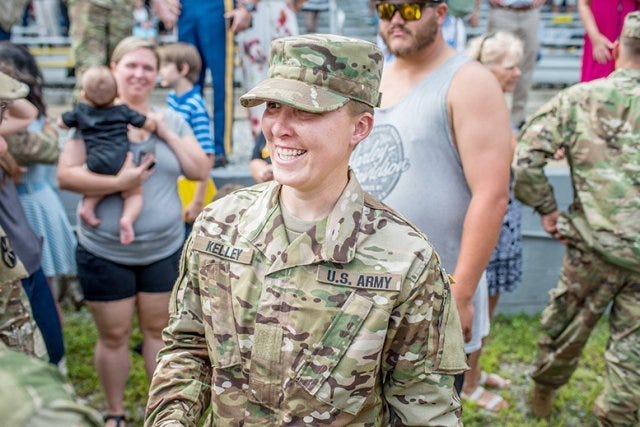 WASHINGTON -- As Staff Sgt. Amanda Kelley made her way through mountainous terrain in the midst of a scorching Georgia summer in 2018, she admittedly struggled, carrying more than 50 pounds of gear during a patrol exercise.

Tired and physically drained, her body had withstood nearly a month of training in the Army's most challenging training school. She had already suffered a fracture in her back in an earlier phase and suffered other physical ailments.

But then she looked to her left and right and saw her fellow Ranger School teammates, many of whom she outranked.

"I know that I have to keep going," said Kelley, the first enlisted female graduate of the Army Ranger School at Fort Benning. "Because if I quit, or if I show any signs of weakness, they're going to quit." 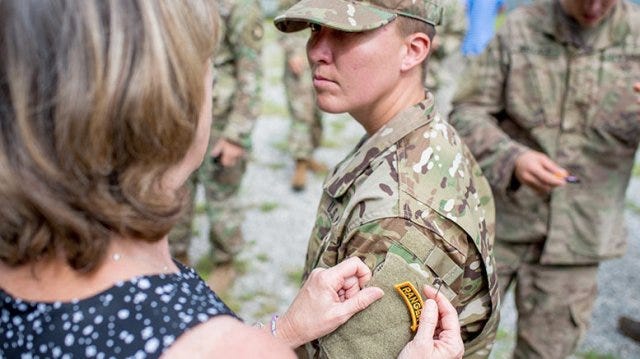 In the middle of 21 grueling training days in northeast Georgia, Kelley knew if she could weather the mountain phase of the Army's Ranger School, she and her teammates would reach a new pinnacle, a critical rite of passage for Ranger students. The electronic warfare specialist spent 21 days in the mountains which includes four days of mountaineering, five days of survival techniques training and a nine-day field training exercise. She had already been recycled in the school's first phase and didn't want to relive that experience.

"It's not about you at that moment," Kelley said. "It's about the people around you. You don't realize in that moment how many people look up to you until you complete it. Everybody has those trying periods because those mountains are really rough."

Her graduation from Ranger School paved the way for her current assignment as an electronic warfare specialist with the Third Special Forces Group at Fort Bragg, North Carolina. Since 2016, more than 1,200 female Soldiers have entered combat career fields, including field artillery, armor and infantry.

Kelley said the Ranger training pushed her to meet the same standards as her male counterparts. She finished the 16-mile ruck march in under three hours.

"You literally go through the same thing," Kelley said. "It's not any different ... You do the same thing that they do. That's the greatest thing about Ranger School: there's one set standard, across the board."

Taking the easy road has never been how Kelley has lived her life. As a teenager she competed as a centerfielder on boy's baseball teams. She also was on her high school's track team. Growing up in the small rural community of Easley, South Carolina, she had few mentors as a teen.

"I just wanted to be somebody," Kelley said. "And I also want to be someone that others can look up to. I didn't have that growing up. We don't all come from a silver spoon background; some of us have to fight for things."

She joined the Army on a whim in 2011, considering joining the service only six months prior to enlisting. She admired the Army's rigid discipline and high standards.

"Better opportunities," was one reason Kelley said she joined the Army. "I wanted to get out of where I was."

Kelley wanted to reach even higher. The 30-year-old wanted to one day become sergeant major of the Army and let her supervisors know that it wasn't some pipe dream. After an Iraq deployment with the 1st Armored Division, Kelley's battalion commander, Lt. Col. Mike Vandy, told her that attending Ranger School would help chart her path to success.

"When I went to Ranger School, I didn't go so I could be the first (enlisted female)," Kelley said. "I went so that I could be sergeant major of the Army. And I want to be competitive with my peers."

After Kelley decided to apply for Ranger School, she spent five months physically preparing herself and studying while deployed. Her roommate in Iraq, former Staff Sgt. Mychal Loria, said Kelley would work 12-hour shifts, workout twice a day and still found time for study. At the same time, she helped mentor other Soldiers.

"She just exemplified the perfect NCO; always there for her Soldier