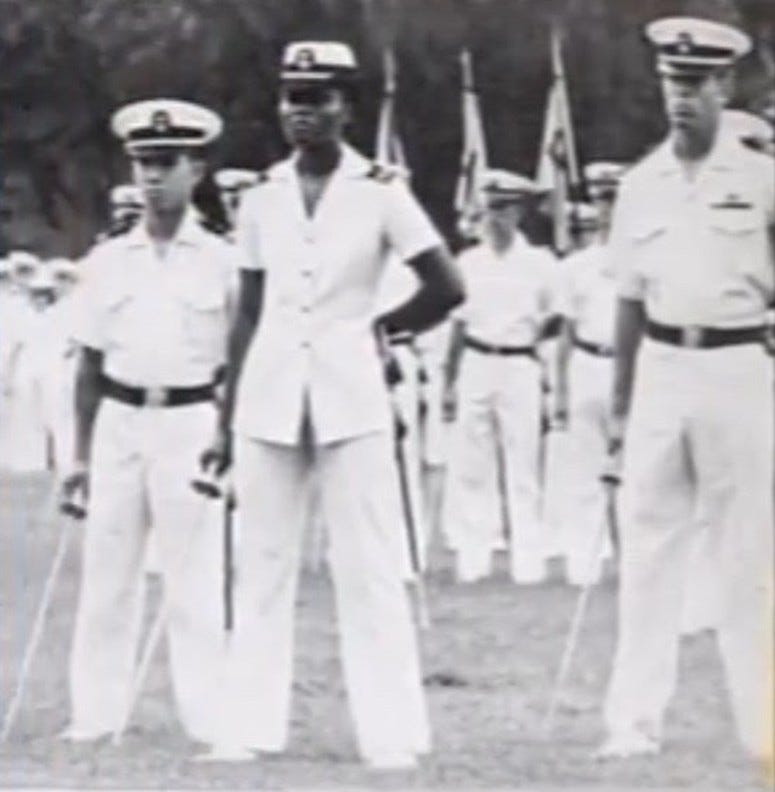 In 1976, when she arrived in Annapolis, Maryland, the atmosphere of the U.S. Naval Academy ''was mutually exacerbating for everyone who was there,'' said Janie L. Mines, who went on to become a Navy lieutenant in the supply corps and one of the first women to serve on a Navy ship.

''The academy wasn't ready for [women],'' Mines said. ''It just happened quickly, and it needed to be done. The academy considered itself to be a combat school, and [women] were not allowed to serve in combat. So, we were seen as taking up spots for good combat officers that were needed, because we 'couldn't do the job.' Additionally, there was a general belief that as Black women … I would not be able to lead in what was at that time a white-male Navy.''

Despite that belief, she said, all women had to be able to become professional naval officers — mentally, morally and physically.

''Part of [the academy's] process was to weed those out who they perceived as not able to cut the mustard in leading the Navy of the future,'' Mines said.

Most all-male upperclassmen did not accept women of the charter class, and strife and dissension existed in many forms, she recalled. Yet on graduation day, an upperclassman who had given Plebe Mines ''challenges'' left a single rose in a vase with a note on her desk that read, ''I'm sorry.''

And once, after an injury, Mines was trying to pass a physical test, and the male athletic staff cheered for her, she said.

''I'd never experienced that before,'' she added. ''So, I grew, the academy grew, and that's why I said it was a mutual frustration for everybody -- but we kind of grew together and we got past it.'' 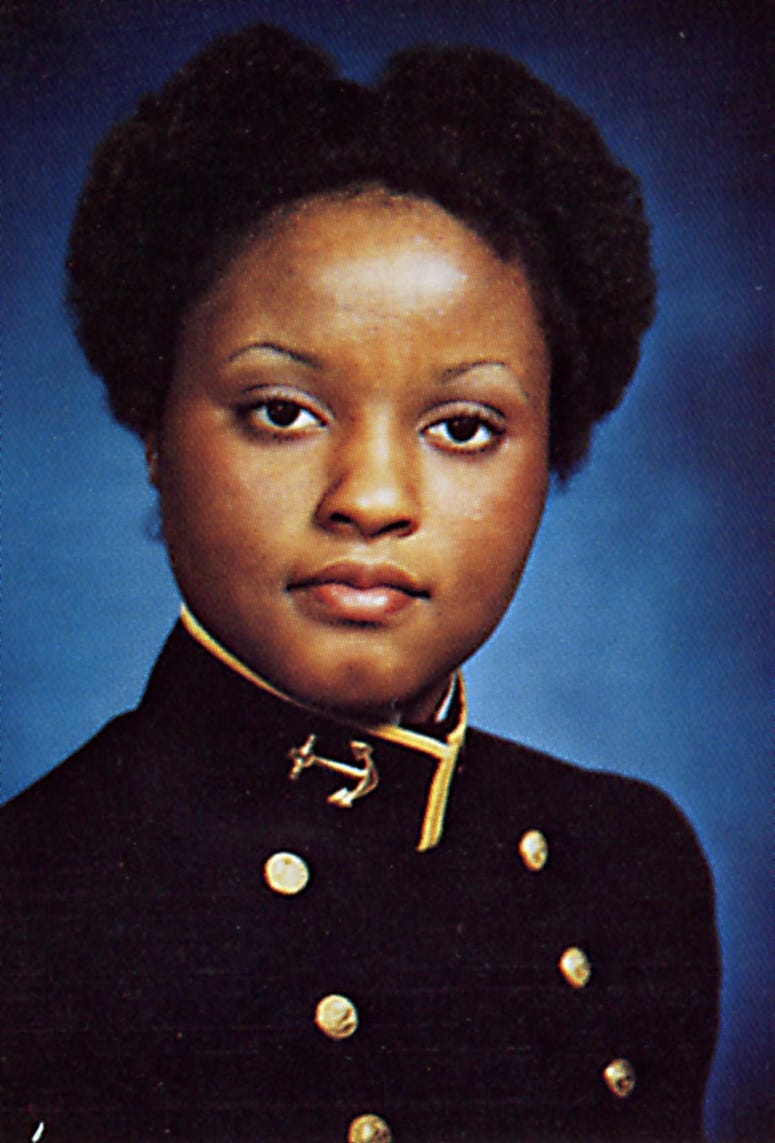 Why would Mines attend the Naval Academy when she had been accepted to every Ivy-League school where she'd applied, as well as to an ROTC program at the University of Berkeley in California?

''[The academy] was a personal calling,'' she said. ''When the academy called and said I would be the only Black woman who would be admitted, I felt it was something I had to do.''

Today, Mines mentors midshipmen and young Navy officers almost daily. And after 38 years of encouragement from those around her, she published a book in 2019 titled ''No Coincidences: Reflections of the First Black Female Graduate of the United States Naval Academy.'' It contains 25 vignettes based on questions she's commonly asked by junior officers about the challenges she overcame at the academy.

Her busy life is also filled as a member of the Defense Advisory Committee on Women in the Services (DACOWITS). The 70-year-old organization's members came to the academy when she was there to help support women students, Mines said, so she wants to ''pay it forward … and be there for others.''