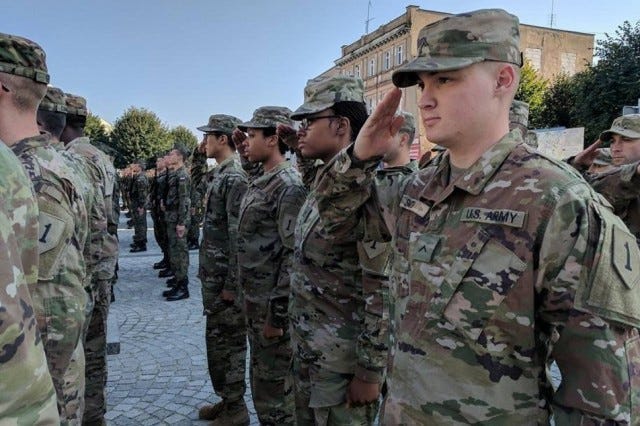 A new memorandum of agreement on the Study to Assess Risk & Resilience in Servicemembers, or STARRS, was inked July 27 to help produce actionable information for senior military leaders, said Col. Sheila Seitz, the STARRS deputy director and Army Reserve advisor.

“This is something the Army cares about,” she said.

The VA is the newest member of the group that includes the Army, Office of the Assistant Secretary of Defense for Health Affairs, and the National Institute of Mental Health, or NIMH. The Army serves as the operational and management support arm of STARRS, the largest mental health study ever conducted on military personnel.

"We're excited to partner with the Department of Defense and the National Institute on Mental Health on this major research effort aimed at preventing suicides," said Richard A. Stone, M.D., Veterans Health Administration executive in charge. "Many Veterans experience a difficult transition from the military. This research will promote data-sharing between DOD and VA and thereby provide us with critical information to help these Veterans.”

“It also promises to inform our outreach to Veterans who have not yet used VA health care,” he said.

STARRS is meant to “increase the resiliency of our Soldiers, so that they are mission ready as much as possible. But it’s also important to help our Soldiers for Life,” she said. “That is why partnering with the VA is so important, because of our commitment to all Soldiers -- not just ones currently serving.”

As part of that commitment, the Army and NIMH established STARRS in 2009. Since then, a coalition of researchers from the Uniformed Services University of the Health Sciences, or USU; Harvard University; University of Michigan; and the University of California-San Diego have compiled data to form relevant and actionable research to help address current and future needs of the military and published more than 100 articles in scientific journals and publications, said Kenneth Cox, the Army’s science liaison for the STARRS research team.

“[NIMH] is pleased to continue our collaboration with the Army, DOD, and now VA in contributing to suicide prevention efforts for service members and veterans,” NIMH officials said of the announcement. “We are proud that the work of STARRS has already substantially changed the national and even international dialogue about understanding and addressing suicide risk.”

“The STARRS study is leading us to new approaches to sustain the health and readiness of our service members,” said Richard W. Thomas, president of USU. “Its findings have contributed to new approaches for prevention, treatment, and health care policies for the entire Military Health System and for the nation.

“STARRS represents yet another way that military medicine contributes to the health and wellbeing of our troops and their families," he added.

Funded by the DOD, the research partnership helps pinpoint risk factors linked to troops’ emotional and mental health, while also creating actionable steps toward suicide prevention, Cox said, along with other mental and behavioral health issues still faced in the military.

"Funding has been committed to perform the long-term follow-up of the health of the study population through 2024,” Seitz said.

From 2015 to 2020, the STARRS–Longitudinal Study, a follow-on study, has continued supporting separate Army’s efforts to develop and test more effective suicide prevention and intervention policies, programs, and initiatives, Cox said.

In the years after the study was created, the majority of troops have separated from the Army, Cox said. It’s no secret “most Soldiers sep