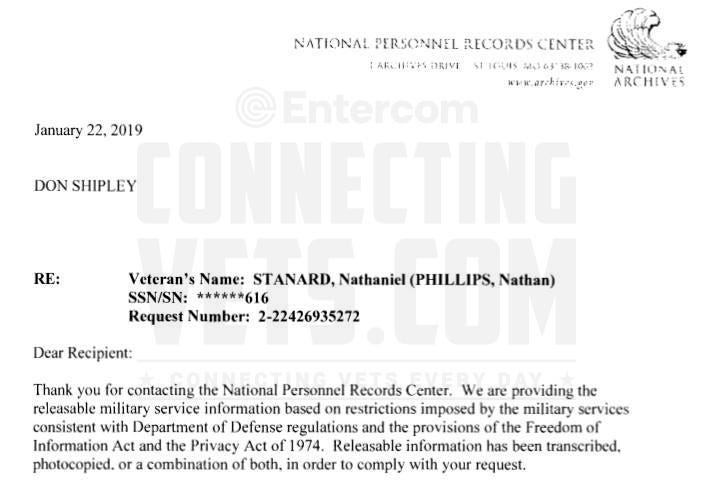 Retired Navy SEAL Sr. Chief Don Shipley has provided ConnectingVets with the documentation he received from the National Personnel Records Center regarding the service of Nathan Phillips, aka Nathan Stanard. Shipley tells us he's received some pushback from media organizations and individuals regarding his pursuance of the records, many of whom seem to be unfamiliar with his previous work, and he wants to set the record straight.

"It flew out to more people with no clue about stolen valor, or phony SEALs, military records or anything like that," Shipley says. "Normally when I post a video up it stays in that circle. It gets posted up on the military phony sites and I have a large following of people who like seeing me get after them. But this time, by virtue of what he did at that rally, that video was shot out to most people not in the know about me, what I do, my track record, anything like that. So there was some slight question and a lot of people defending it, and I understand. I get it." 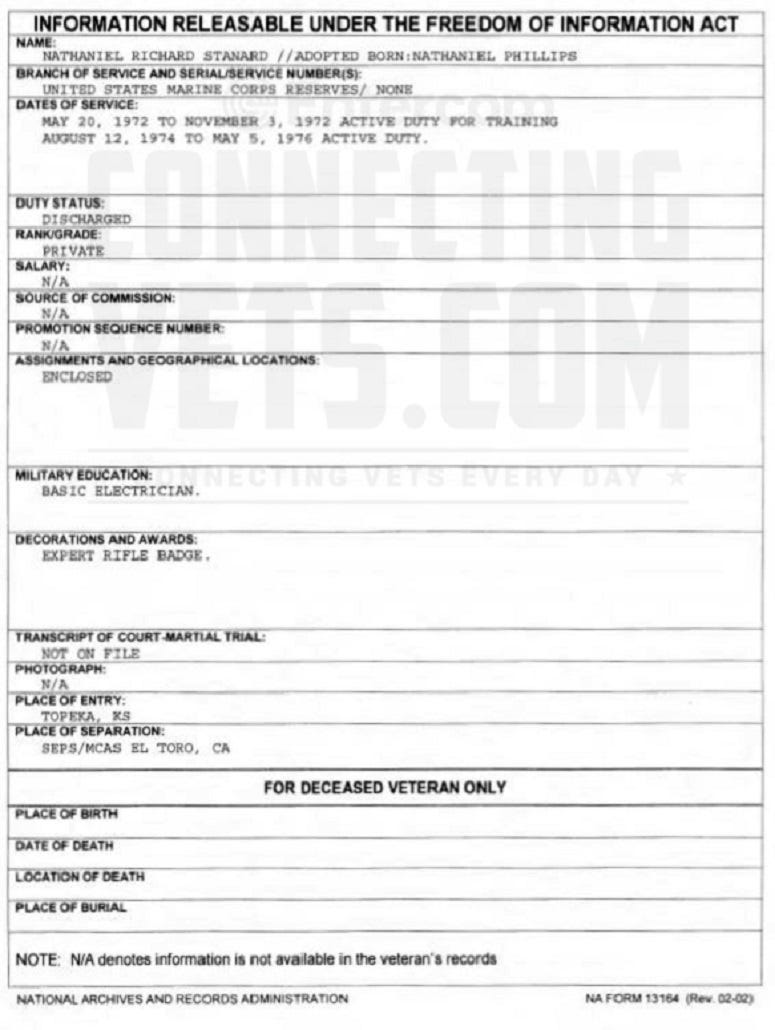 Still, Shipley has been a bit irritated by people continuing to defend Phillips service record even after it was revealed that he had gone AWOL 3 times, and served time in the brig.

"There was some general bashing about 'oh he's a veteran, he deserves a lot of respect,'" Shipley says of the refrigeration electrician with a checkered past. "Y'know what? That guy was a D- if not an F. There are such things as bad police officers, bad teachers, bad veterans."

To answer any and all questions about the documents Shipley has decided to present the receipts, as it were, via ConnectingVets. He also wants to give a message to those who are not terribly familiar with the world of stolen valor, and those who work to expose it.

"When I target a phony in my videos, I'm not really after that guy, I'm after the story," Shipley says. "To wake people up about these claims of being a 'classified guy' or 'secret medals of honor' all this strange stuff they go in on. So that the next time you hear that story? You know it's bullshit."

All of the documents provided by retired BMCS (SEAL) Don Shipley related to Nathan Phillips's military service are viewable in photo gallery form by clicking here with the following note from the Senior Chief: "The black bars absolutely do not mean he was on a secret mission or anything. That's just covering up personal information not releasable under the Freedom of Information Act like a social security number."