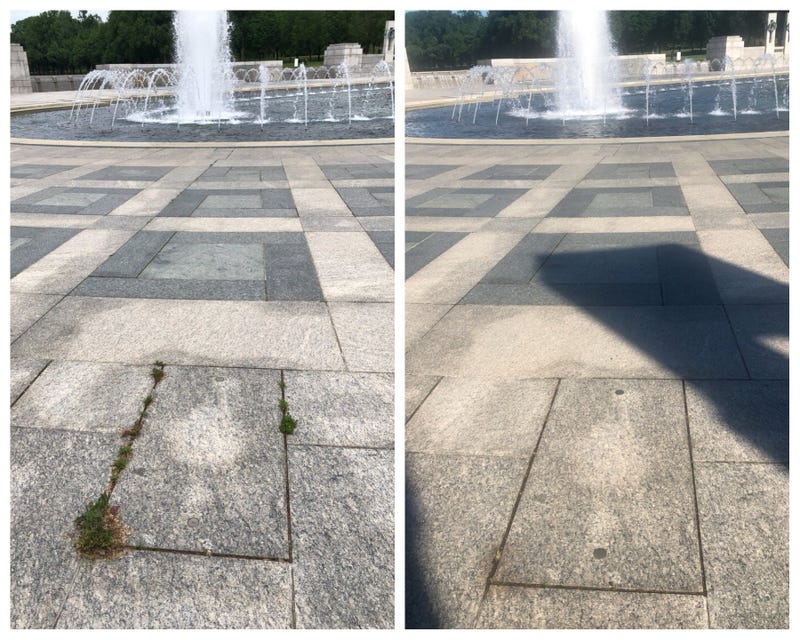 The National Park Service on Thursday took care of what foot traffic at the National World War II Memorial in Washington, D.C. had controlled prior to the COVID-19  pandemic.

“Weeding day at the...World War II Memorial?!” the National Mall NPS service said on Twitter. “The significant decrease in visitor feet has led to a previously unseen sight — weeds and grass growing through the memorial plaza!”

Weeding day at the...World War II Memorial?! The significant decrease in visitor feet has led to a previously unseen sight - weeds and grass growing through the memorial plaza! But maintenance of our nation’s sacred memorials continues, even during these unusual times. pic.twitter.com/8YfSaHbXJp

Holly Rotondi, executive director of the Friends of the National World War II Memorial, said the organization supports the efforts of the National Park Service to maintain and repair the structure.

“Through the current H.R. 4681 legislation, the National World War II Memorial Commemorative Coin Act, we hope to be able to supplement their work with additional maintenance and repairs, as well as ensure that the educational programming at the Memorial remains robust and substantial,” she said.

Rotondi added that the Memorial is an important symbol of America’s national unity, “a timeless reminder of the moral strength and power when a free people are united and bonded together in a common and just cause for liberty.”

NPS added  that the monuments on the National Mall are being maintained “even during these unusual times.”

According to the agency, around 24 million visitors from around the world travel each year to the National Mall and Memorial Parks. That foot traffic has all but dried up in the face of the pandemic and has led the NPS to close the Washington Monument and Ford’s Theatre.

According to the District of Columbia’s health department, nearly 5,700 people have tested positive for coronavirus and 285 have died.