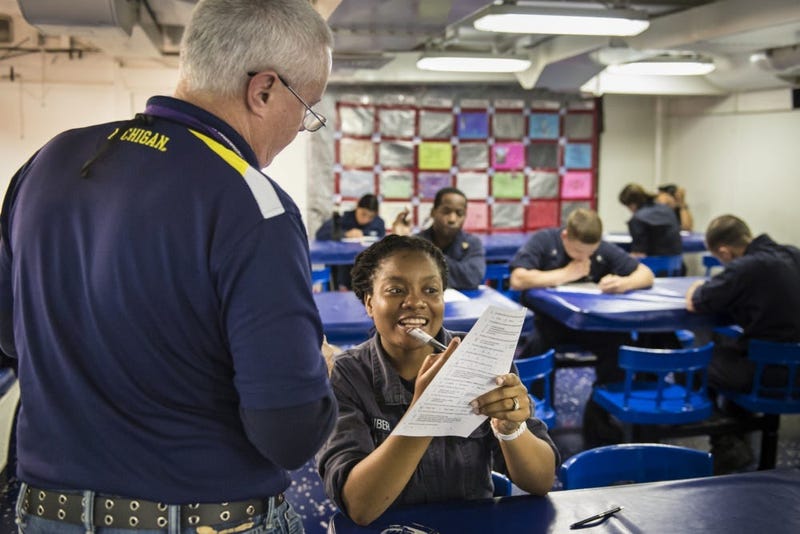 The Navy made major changes to its education benefits and opportunities this fall, limiting how many classes sailors can take and how they can take them.
The Navy says the changes are about pivoting from what it says is a less popular program involving instructors aboard ships to more online courses and tuition assistance instead. Cutting down on overall time spent in class is about keeping up with mission readiness, the Navy told Connecting Vets.

But one university says the changes could mean sailors take longer to complete their degrees, and some may be less likely to graduate.

"It's probably going to easily be an additional semester each year to be able to complete your degree," said Kristin Byerly, director of Veterans Initiatives and Stateside Military Operations for the University of Maryland Global Campus. "I don't think there's any way this couldn't negatively affect the number of service members who get their degrees and get them on time."

Earlier this fall, the Navy limited education benefits by capping the amount of money that can be spent on college courses per year and in a sailor's career. It also limited those benefits to sailors who have served at least two years.

On Oct. 1, the Navy made the following changes:

UMGC, which has its roots in sending instructors all over the world to educate the troops, and has had many aboard vessels, says these changes could harm sailors working on their degrees.

"That is a considerable drop," Byerly told Connecting Vets of the reduction in semester hours. "That can be the difference between finishing in a year or finishing in three to four years, depending on how often they take classes. It adds up."

The Navy also discontinued its instructor-led Navy College Program for Afloat College Education (NCPACE) program on Sept. 30 that included professors and other teachers coming aboard vessels to teach sailors. Now only distance learning, such as online classes, is offered through the program. But the Navy said it cut the program because most sailors weren't choosing it, and the money is being moved to the more popular tuition assistance program.

"This was due to a steady decline in ... participation coupled with no contract bids to continue the program," Cmdr. James Stockman, public affairs officer for the Naval Training and Education Command, told Connecting Vets.

"They ran out of money," she said.

Stockman said the funds previously used for instructor-led classes "will be redistributed" to tuition assistance for 2020-25. Sailors on type 2/4 sea duty still will have access to distance learning, he said.

But Byerly said taking online classes aboard ship can be challenging for some sailors.

"When you're on a ship, you don't have connectivity," she said. "It's extremely difficult to take online classes when you don't have the bandwidth to support it. And most of the ships don't."

In 2018, the Navy removed the previous 16-semester hour limit per fiscal year for tuition assistance eligibility.

But with an "unprecedented increase" in sailors using tuition assistance, the Navy in October updated that limit to 12 semester hours per year (often equating to about three college courses) "to ensure funding remains available to the greatest number of sailors."

When asked why the Navy was making a decision to pull back on time dedicated to higher education, Stockman said the Navy needed to strike a balance between education and readiness.

"The Navy is committed to investing in our sailors through (tuition assistance) and (distance learning), but we must balance off-duty education against mission readiness," he said. "We recognize that sailors are interested in pursuing advanced degrees and we support their ability to further their personal educational goals. At the same time, we must ensure our sailors remain focused on achieving their rating-specific proficiency and professional qualifications."

Using the money previously alotted for instructor-led classes for the next six years, Stockman said, is the Navy's effort to "better support" sailors through tuition assistance, and most sailors choose distance learning or online courses.

The University of Maryland Global Campus is a Connecting Vets partner.
Reach Abbie Bennett: abbie@connectingvets.com or @AbbieRBennett.
Want to get more connected to the stories and resources Connecting Vets has to offer? Click here to sign up for our weekly newsletter. 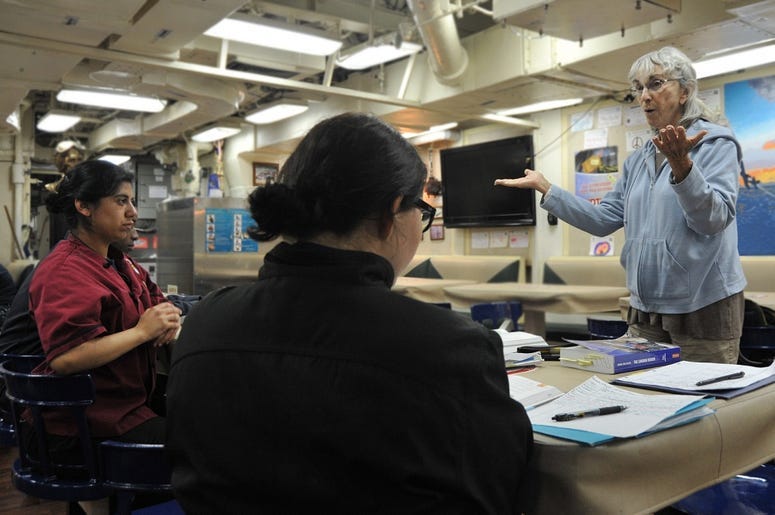