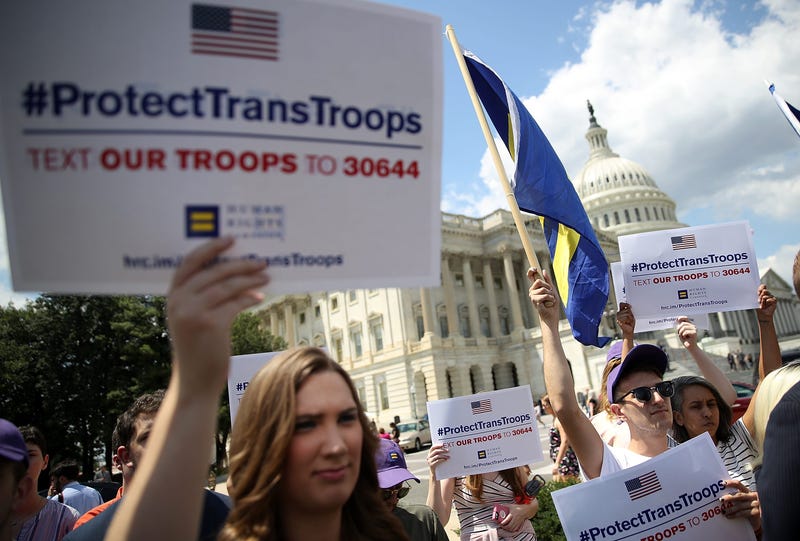 The Defense bill working its way through Congress includes a bipartisan amendment that would protect transgender service members, extending a Supreme Court ruling from mid-June.

In June, the ruling's impact on service members was unclear.

The military is subject to any Supreme Court ruling through the Uniform Code of Military Justice -- so the military is not necessarily exempt from the newest development in transgender rights. There are ways the military could adjust its ban on transgender personnel to adhere to the June ruling. But the four lawsuits currently in process against the military's ban now have one less hurdle to jump, advocacy groups said.

Now, lawmakers from both sides of the aisle are working to clear up that gray area with an amendment in the Senate version of the 2021 National Defense Authorization Act. The amendment was originally proposed by Sens. Kirsten Gillibrand, D-N.Y. and Susan Collins, R-Maine.

"Now that the Supreme Court has ruled that LGBTQ people are protected from workplace discrimination, we must ensure these protections are extended to every American, especially transgender service members," Gillibrand said.

"If individuals are willing to put on the uniform of our country and risk their lives for our freedoms, then we should be expressing our gratitude to them, not trying to kick them out of the military," Collins said.

The full Senate could vote on its version of the defense spending bill as early as this week.