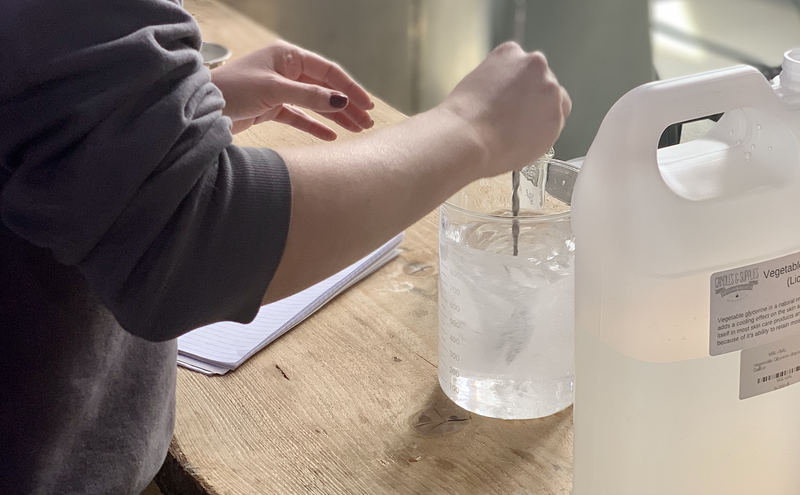 "It is like restarting your business and trying to scale it up in a week or two and there is a different supply chain for this stuff," Chad said about converting his whiskey distillery into a hand sanitizer production line.

He made the decision literally overnight in mid-March when it became apparent that their area was going to be hit hard by the coronavirus.

The hand sanitizer is distributed to people in the community who need it the most such as nurses, doctors, post office employees, and first responders.

Before becoming a entrepreneur in rural New Tripoli, Pa. Chad was a pilot in the Army. He started enlisted in 1990 and served as a helicopter mechanic before going to the Warrant Officer course and flight school. Upon graduation, he was assigned to fly the UH-60 Blackhawk. Later, he made the transition to flying fixed-wing aircraft including the Beechcraft Kingair and Dash 7. Then, in 2012 his wife was diagnosed with colon cancer. 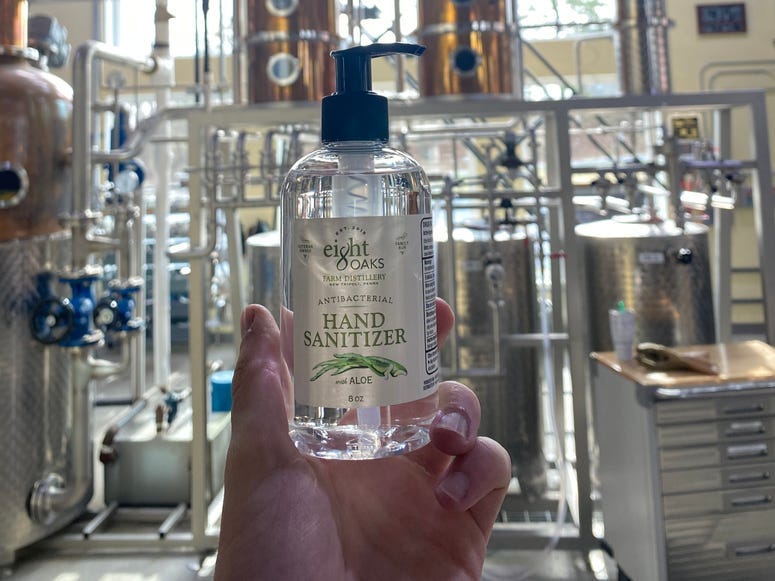 "It was a very traumatic time and a lot of recovery time at home," Chad remembered. "Thankfully the army was very understanding about giving me some time off to help her with her recovery. It was our wake up call that whatever it is you want to do your dreams and aspirations the time is now to move forward with them."

Chad and his wife sat down to write a list of all of the things they wanted to accomplish in life with a new understanding that their time on planet earth was limited. For Chad, his priority was spending more time with friends and family. He decided he wanted to retire from the Army and start a small family business. However, he didn't know what that business would be and began researching everything from vegetable markets to wineries. Eventually, he settled on the idea of starting a whiskey distillery. It involved training sessions at colleges, internships, and research. In retrospect, Chad remarked to Connecting Vets, it was better that he went into the whiskey business blind because had he known how difficult it was it may have discouraged him. Eventually, Eight Oaks Distillery was born. Until recently, the Pennsylvania based distillery made Whiskey, Gin and Bourbon.

Like the rest of America, Chad was watching as the coronavirus crisis escalated. "A lot of time after a good night's sleep you wake up refreshed and you have these ideas or inspirations," he said. "It was one of those things when you can passively see how it pans out or you can actively take stock and say okay what can we do proactively to have a mission in this and figure this out?"

He was also seeing that there was a short supply of hand sanitizer, used to help prevent the spread of the COVID-19 virus and he, "saw people price gouging folks at a very critical vulnerable time." That was when he made the decision to convert his distillery to produce hand sanitizer. 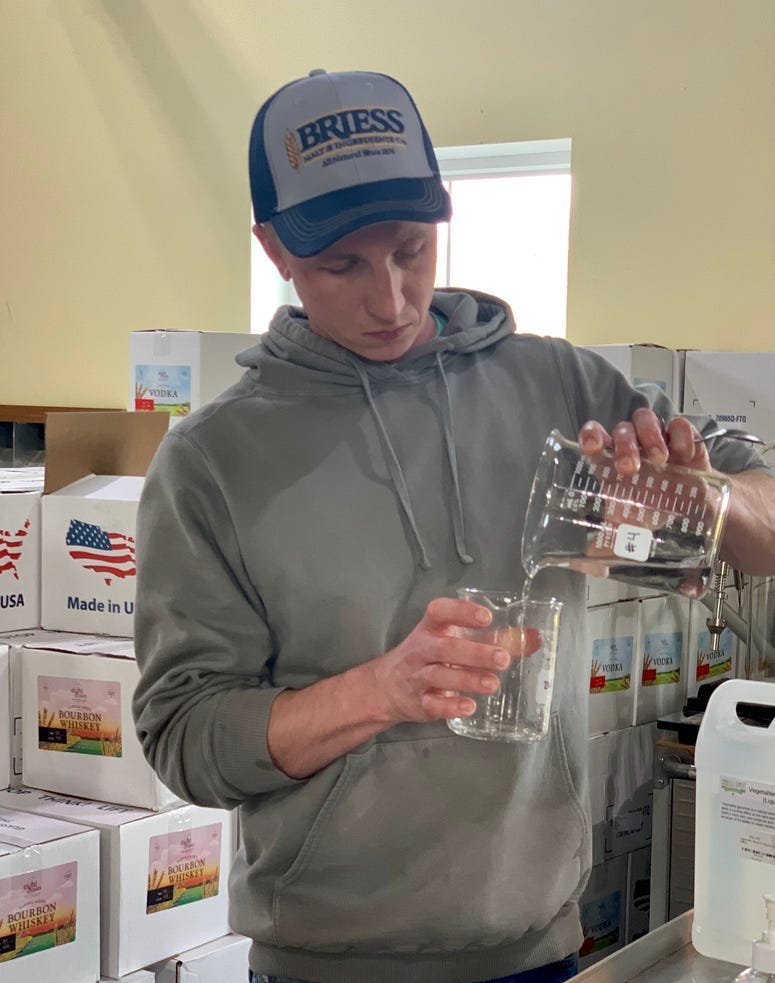 "Things change day by day so you have to pivot on a daily basis. We started doing self-distribution to 15 locations but quickly it became apparent that the demand was way more than was perceived," Chad said. "The heath networks in our region don't have it, COVID testing centers don't have it, first responders don't have it," he said. So, they began doing everything they could to get their hand sanitizer to the public workers who need it the most.

Chad is grateful for his crew at the distillery and the local community who are chipping in to help.

"They didn't sign up for this but they are now going to work where we live, where there is a shelter in place order and they are stepping up and coming to work knowing they are taking more risk," he said of his employees.

Other members of the community have also come through. Local farmers have been donating their grain, the key ingredient of ethanol, which is used in hand sanitizer. Others have come forward to offer trucking, warehousing, bottles, and software to use to track orders and shipments.

Chad said he is, "seeing the community come together in a time of crisis and seeing there is a difference between fear and panic and moving with a sense of purpose and urgency."

In the meantime, Chad also has a message for the rest of us, saying, "the public may not be aware of how dire the need is for doctors, nurses, mailmen, first responders, all those people need hand sanitizer. So, we are asking the general public who have access to soap and sink to use that and leave the hand sanitizer for others."

Those who wish to help the endeavor can get involved by making a donation at the Eight Oaks distillery website.

Want to get more connected to the stories and resources Connecting Vets has to offer? Click here to sign up for our weekly newsletter.
Reach Jack Murphy: <a href="mailto:jack@connectingvets.com" class="outbound-link" target="_