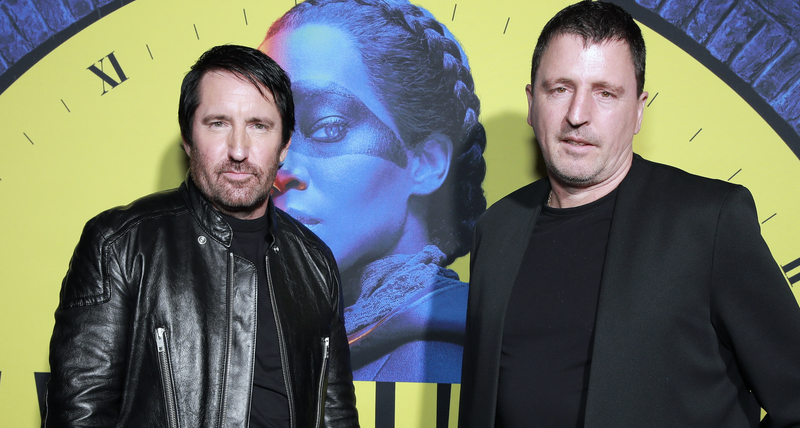 The moment has finally come when I have to accept that I'm getting old and am no longer one of the cool kids.

Nine Inch Nails has done the musical score for an Army recruiting ad.

The band which mainstreamed the industrial rock genre back in the late 1980s is led by Trent Reznor, who today collaborates with musician Atticus Ross. I have been going to Nine Inch Nails concerts since I was a teenager, they're one of my all-time favorite bands. Reznor and his bandmates put on a great show, if anything, he's only gotten better with the passing years. But let's be honest, a NIN concert these days isn't the raucous affair it once was. The fan base has gotten older. I've gotten older. I mean, really now, we have kids and jobs.

Still, I was surprised to see the new Army ad campaign and read a quote from Laura DeFrancisco who is a spokeswoman for the Army Enterprise Marketing Office saying that the music for the ad, "was actually done for us by Nine Inch Nails."

So the band once known for angsty teenage rage rock is now helping the Army recruit soldiers. When I was a soldier, carrying around copies (back when we had CDs) of Broken, Pretty Hate Machine, The Downward Spiral and The Fragile, I thought it was pretty avant-garde music at odds with Army culture. My how times have changed. Not that this is a bad thing of course.

Still, I remember when Nine Inch Nails did a concept album that included a guerrilla marketing campaign. While using the bathroom at a bookstore right outside of Fort Bragg there was scrawled on the wall with a black sharpie: THIS IS YEAR ZERO. Year Zero was the name of the new Nine Inch Nails album. The year was actually 2007, we were engaged in a bloody war in Iraq and the economy was about to fall apart. It all felt very apropos to myself and my friends at the time, a bunch of 25-year-old doomers feeling like we were polishing the brass on the Titanic, to paraphrase Tyler Durden.

Check out the advertisement itself, because Atticus did a great job with the score. The visuals include a picture from a previous story I worked on about the 1st Special Forces Group rigger's shop sewing up protective masks.

When the unbelievable happens, we get to work.

It is nice to see the Army trying new ways to recruit soldiers and engaging with great creative individuals like Atticus. Although, I have to wonder if we're not all a bit behind the times. I'm 36 now, and I'm onboard for anything Atticus and Trent work on but the average Army recruit is in their late teens. If we want to interest young people in military service maybe we should go ask my daughter what kind of music the kids are listening to.

Meanwhile, just to prove that Trent and Atticus are cool guys, they released their new double album online for free while everyone is stuck at home during the pandemic. You can download Ghosts V and VI on the band's website.

Update: Connecting Vets received a statement from a spokeswoman that, "contrary to previous reports regarding the music created for the Army's "Unbelievable" video, Barking Owl music company is responsible for the production of the music. Apparently Atticus Ross is a composer at Barking Owl and is also associated with Nine Inch Nails.