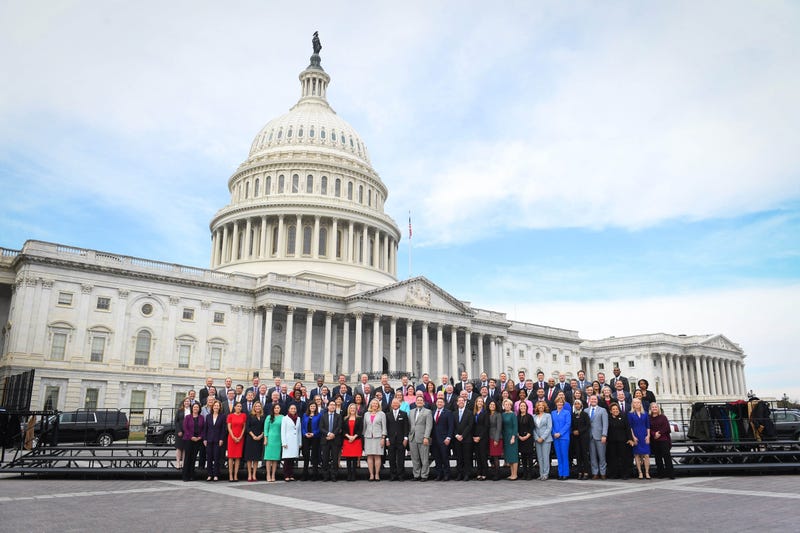 The 116th Congress was sworn in late last week— and with it came a decrease in veterans and military experience.

“We had more veterans lose than win. So, we went backward,” Congressman Don Bacon, former commander of Offutt Air Force Base told The Associated Press.  "The veterans tend to be more team players. Even when they disagree, they do it in a collegial way and I think that we need more of that in the House and in Washington in general.”

Last November's elections ended in victory for 19 freshman veteran lawmakers — the largest class of new veterans in decades. The 116th Congress also includes six female veterans — more than any other Congress in history. But amidst this success, is a pattern of decline.

"Veterans represented in Congress have been on the decline for several decades — really since the end of the Vietnam War," said Nick Armstrong, the senior director for research and evaluation at the Institute for Veterans and Military Families. "Late 1960s to early 1970s we saw a peak of close to 3/4 of Congress represented by veterans. And that's just been on a steady decline."

With 96 members with military service, the 116th Congress is less than 18 percent veteran.

What do these numbers mean? During last year's campaigns, several veteran candidates ran on platforms of bipartisanship — on the battlefield, politics never got in the way of making important decisions. And past research shows that veterans do tend toward bipartisanship.

RELATED: Can they all get along?

"A Lugar Center report scored members of Congress based on their bipartisanship — how many times they sponsor or co-sponsor legislation with the other party. Historically, veterans tend to be more bipartisan in nature," Armstrong explained.

A trait Armstrong says these brand new legislators will bring to Congress at a time when it is greatly needed.

"It's good for the nation to take advantage of a fresh crop of new leaders — leaders who have been on the implementation side of policy in particular and understand consequences in terms of being in military service and serving in combat," says Armstrong.

Thrown into a highly contested partisan battle over President Trump's wall, we may very soon see how bipartisan these new members of Congress can be.