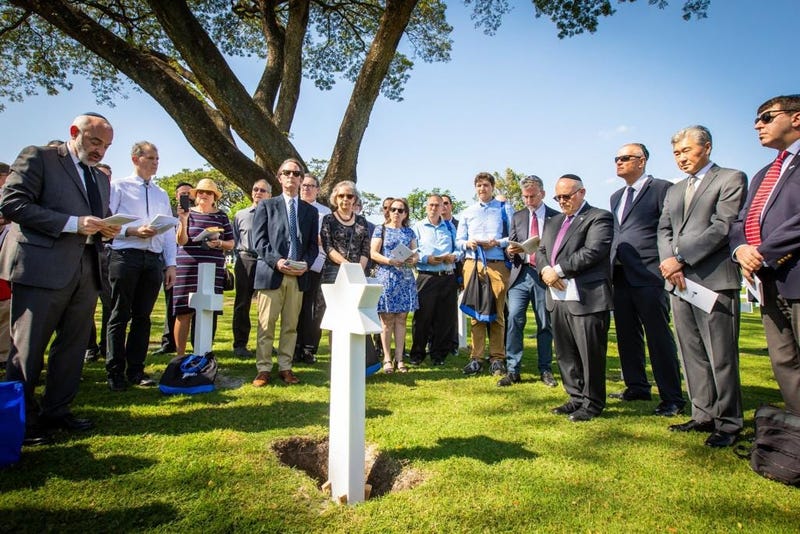 "It was really quite by accident that we came across it, but we were scratching our heads trying to figure out what happened. What could be done?" Lamm explained.

Now, the operation is named for that first case. Private Benjamin Garadetsky was a Jewish soldier mistakenly buried under a Latin Cross at the Normandy American Cemetery and Memorial. It took four years for Lamm and his team to navigate exactly how to have the issue corrected — which it was during the summer of 2018. The nonprofit has been working to do the same for other Jewish service members ever since.

"What can I say. It's an obsessive labor of love," Lamm said of the long process. 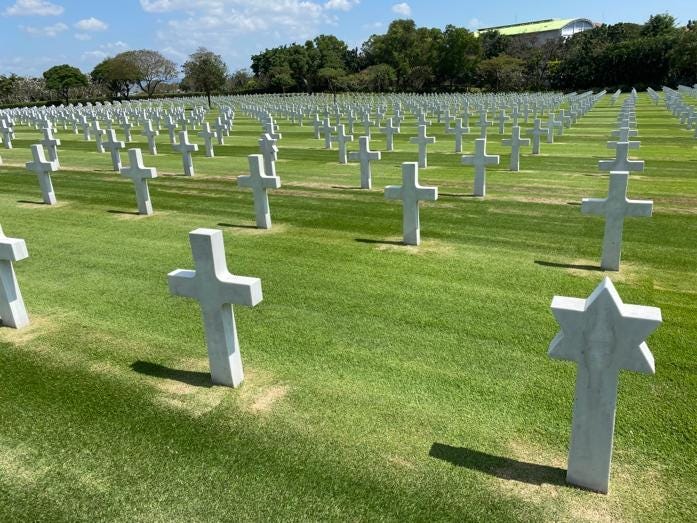 It's not easy to change headstones thanks to the American Battle Monuments Commission's strict standards — but the operation is truly thankful for those standards.

"The American Battle Monuments Commission has super-duper high standards in order to prove that someone was fully Jewish and that a mistake was made," Lamm said. "But as I say with such earnestness that the standards are ginormous — we applaud that because getting to the truth is very important. So they make it very difficult and we applaud them for making it as difficult as they do."

It all starts with combing through tens of thousands of names of American war dead who are buried overseas and identifying ones that are very obviously Jewish names. Then the team has to determine whether that individual is buried under a Latin Cross or a Jewish Star. Then they have to determine why using a family history — an enormous information-gathering task. The all-volunteer team visits cemeteries all over the world trying to track the family history of these soldiers. Are the parents buried in an exclusively Jewish cemetery? What's written on the gravestones? What was the soldier's upbringing like?

"Once we identify a solider, that's only stage one," Lamm said. "Stage two is we need to contact a descendant. There's almost never a direct descendant because these were young men who weren't married and 99 percent of the time didn't have kids. So this is often a great-niece or great-nephew. In one case we're dealing with a half-sister."

And, at the end of the day, it's always the family member's prerogative to choose whether or not to change the headstone.

"Contacting the family isn't always an easy thing, and the decision is up to them. But most of the time they didn't know a lot of the information about their soldier that we bring to them," Lamm said.

Once the team has gathered all the evidence it can find, it presents the case to the ABMC. So far, they've submitted 11 cases — and all 11 have been approved.

"We were moved to see the Star of David over the graves of our uncles," said Lin Soloman, the relative of two brothers who were buried under headstones corrected by Operation Benjamin. "When we were first given the possibility we knew it was the right thing to do...The Jewish military fallen, like our uncles, are particularly poignant because of the terrible slaughter suffered by the Jewish people in that period. We are grateful."

"At the end of the day, our mission is truth. All we're trying to do is get at the truth," Lamm said.

Just last week, Operation Benjamin commemorated the changing of five headstones of Jewish soldiers buried at the Manila American Cemetery and Memorial. Two of the service members spent more than two years as Prisoners of War in Japanese camps.

"To be able to go and honor them after all this time and make it right, bring their stories to light, reintroduce them to their own families — I pinch myself. How lucky can I be to make this happen," Lamm said. 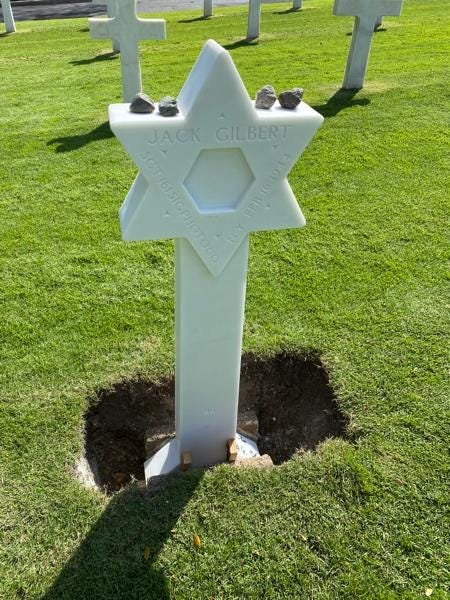 “Today, we gathered on the sacred grounds of Manila American Cemetery to correct the historical narratives of five of our honored dead,” said William M. Matz, secretary of the American Battle Monuments Commission. “These young men left their families, the comfort of their homes and their faith communities, to answer their nation’s call.  While we might never know exactly how the errors to their narratives were made – whether it was the chaos of conflict, a clerical error or personal omission due to the persecution of the Jewish people by the enemy — today, we erased those errors.”

"Those who fought and died so proudly for America but were Jewish — we believe they should be remembered by their ancestral faith," Lamm said. "We do this only in concert with the families. It’s very moving. And one of the beautiful things about it is we take young guys who were killed 74, 75, 76 years ago and we’re bringing those stories back to life both to their families and to the public at large."

The five service members now buried under corrected headstones were: