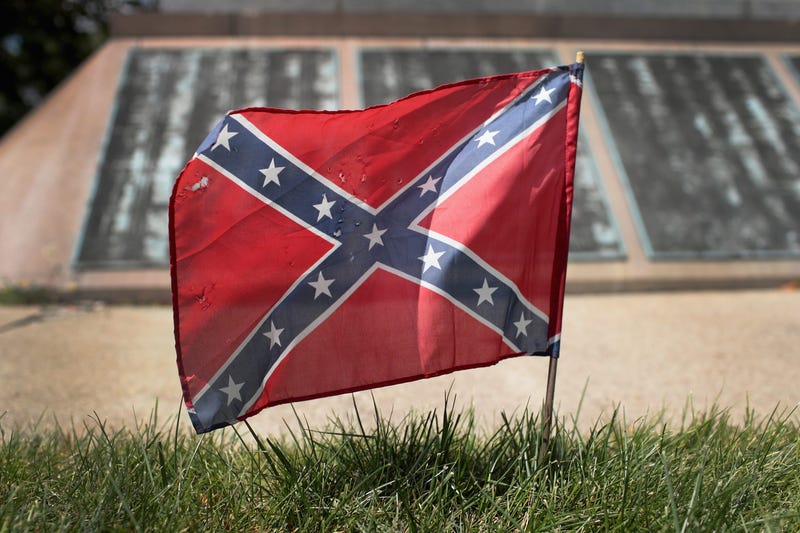 Secretary of Defense Mark Esper issued an effective ban on public displays of the Confederate flag in a policy that does not actually mention the Confederacy.

The memo, dated July 16, seems to seek to avoid objections from President Donald Trump by not singling out the Confederate battle flag itself.

The policy instead allows service members and civilian employees to display or depict "flags that promote unity" including:

Esper left a few exceptions, allowing unauthorized flags to be displayed in museum exhibits, on state-issued license plates, gravesites, memorials, monuments, educational or historic displays, works of art or "where the nature of the display or depiction cannot be reasonably viewed as an endorsement of the flag by the Department of Defense."

The guidance effectively bans not only the Confederate flag but other flags such as LGBTQ or Pride flags and flags representing sports teams.

The Defense Secretary's message was one of unity and recognizing the gravity of flag displays.

"Flags are powerful symbols," Esper wrote. "We must always remain focused on what unifies us: our sworn oath to the Constitution and our shared duty to defend the nation ... That is why we honor the American flag, which is the principal flag we are authorized and encouraged to display. The flags we fly must accord with the military imperatives of good order and discipline, treating all our people with dignity and respect, and rejecting divisive symbols."

The guidance applies to public displays or depictions of flags by troops and civilian employees "in all Department of Defense workspaces, common access areas and public areas," including:

Previously, the Navy, Marine Corps and U.S. Forces Korea all issued their own Confederate flag bans. The Army said it was waiting on Pentagon guidance.