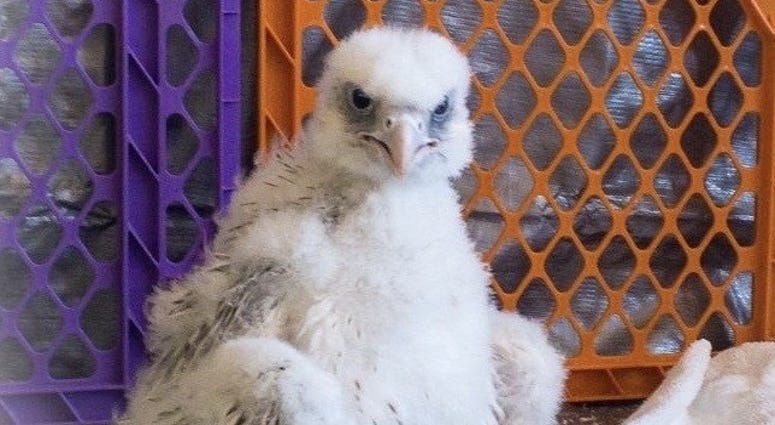 People for the Ethical Treatment of Animals, better known as PETA, is demanding that the Air Force Academy free its newest falcon mascot and cease future use of live animals as mascots.

The Air Force Academy recently announced via Twitter that it was soliciting name suggestions for its newest mascot -- a female gyrfalcon. The previous mascot, Aurora, died in October of last year at the age of 23.

"The as-yet-unnamed gyrfalcon deserves to spend her days with her mate — gyrfalcons are monogamous and mate for life — raising her chicks and soaring free, not being shuffled from football games to community parades like a piece of sporting equipment," PETA Senior Director of Youth Programs Marta Holmberg said in a letter to Air Force Academy commandant Lt. Gen. Jay Silveria.

"It’s ironic, to say the least, that the Air Force Academy would keep majestic birds in confinement while training its cadets to fly," the letter continues.

The letter also cites injuries that Aurora sustained as the Academy's mascot during a prank played by West Point cadets -- Aurora's death at 23 is purported to be nothing other than old bird age.

In the meantime, be sure to tweet your suggestion for the new fluff's future name using the hashtag #youracademy on Twitter. Suggestions currently include "Fearless," "Velocity," and "Falcon McFalconface."