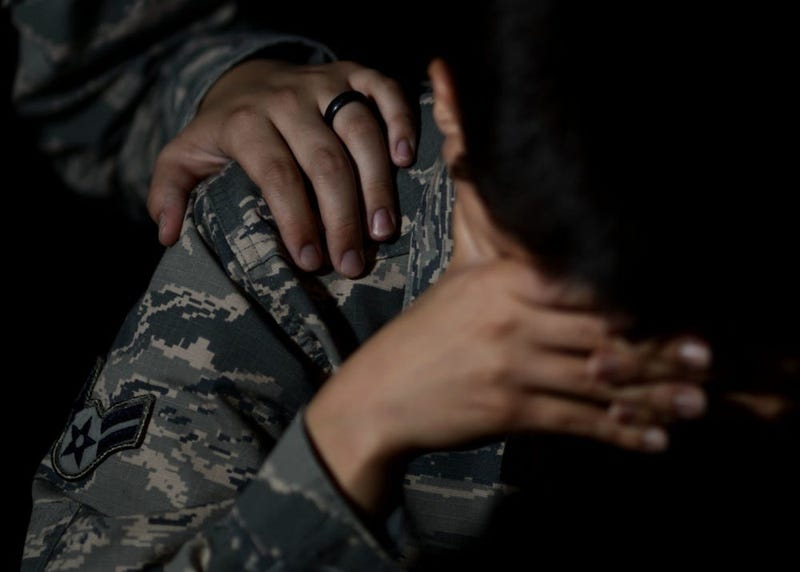 Within the Tragedy Assistance Program for survivors, the TAPS Suicide Prevention and Postvention Team works with groups of veterans who have been impacted by the loss of their military brothers and sisters to suicide.

I was recently talking to one of the leaders of 2/7 Marines, a unit that has seen an unusually high rate of suicide relative to other USMC units. He made the comment, “I have never known a veteran – especially a combat veteran – who didn’t occasionally have thoughts about suicide.” In saying this, he confirmed something I’ve observed over a decade of front line clinical work with veterans. Once a person trusts me as his or her “doc,” almost inevitably, they would talk about struggles with suicidal thinking (their “demons”) at different times in their life. And this is not unique to veterans – I observed the same thing when working with civilian patients years before I started working with veterans.

Yet we somehow think suicidal thoughts are unusual. What would happen if we shifted our understanding to integrate the insight that occasional suicidal thoughts are a relatively common part of the human experience? What if we realized all of us – civilians and veterans alike – have ears that can hear the slippery, silver-tongued, wheedling voices of despair during times in our lives that are perfect storms of physical, mental, and emotional pain?

If thoughts like these are more common than we think, what can we do? This is where the tribe, much like Team Rubicon creates through military-civilian collaboration on disaster response operations, or other tribes we may form with those in our social circles, can be life-saving. (Of course, therapy with a trusted professional can also be life-saving and may be necessary in some cases, but in my view, these supports can run parallel because a good doc can become an extension of one’s tribe.)

There are certain thoughts that can hollow us out over time, like the fox who quietly ate the midsection of the boy of Sparta. But the thing about these kinds of thoughts is they lose their power when they’re brought into the safe space of the tribe.

Imagine this: A person feels suffocating guilt for the impact his drinking behavior has had on his family. This person can either hold these feelings alone – like the fox in his gut – or he can bring them to the tribe. Imagine the result if he took this to the tribe and said something like, “I feel so guilty that I was drinking for the early years of my kids’ lives. It really damaged our trust and I don’t know if I can ever make it right.”

As a member of Team Rubicon (a "grey shirt"), I can easily imagine a fellow grey shirt saying this during a fire circle at the end of a deployment. And just as easily, I can imagine the responses of his or her fellow grey shirts. Their voices would immediately rise in a chorus of hope, drowning out the voice of despair. That is the power of the tribe. It can protect us from being ambushed by the voices of our demons. The tribe is the figurative army at your back that dispels the voices of despair.

The power of Tribe works for veterans and civilians alike. When we reach a tipping point in understanding this across our society, we will see changes in the trend of losing so many irreplaceable individuals to suicide.

Shauna Springer, Ph.D., is the TAPS Suicide Prevention & Postvention Senior Director. Known to many veterans as “Doc Springer,” she has helped hundreds of warriors reconnect with their tribe, strengthen their most important relationships, and build lives that are driven by their deepest values. She has particular expertise in attachment processes, trauma recovery, innovative suicide prevention approaches, relationship counseling, peer support program development, and Veteran’s issues, including post-discharge adjustment and strategies for engaging Veterans in behavioral health care. Dr. Springer is a licensed Psychologist with an undergraduate degree from Harvard University and a Doctoral degree from the University of Florida.