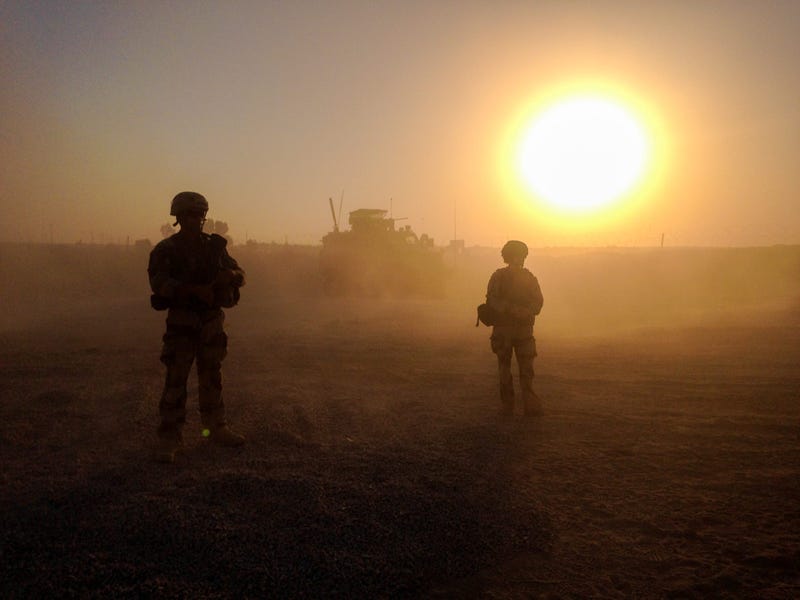 Speaking at the Pentagon, the president expressed “my deepest condolences to the families of the brave American heroes who laid down their lives” in Syria.

“We will never forget their noble and immortal sacrifice,” Mr. Trump said.

ISIS has claimed responsibility for the explosion that killed four Americans, including two U.S. soldiers, and at least 10 other people in the Syrian city of Manbij on Wednesday. The American deaths included a defense contractor and a Department of Defense civilian; three other U.S. service members were injured.

The attack came while US military personnel were conducting a “routine patrol” in an unconfirmed part of Syria. “We are still gathering information and will share additional details at a later time,” a spokesperson for Operation Inherent Resolve (OIR), the US-led counter-ISIS campaign in Syria, tweeted Wednesday.

U.S. service members were killed during an explosion while conducting a routine patrol in Syria today. We are still gathering information and will share additional details at a later time.

Reports began trickling in that an explosion rocked near a US patrol in the northern Syrian city of Manbij.

According to the Britain-based Syrian Observatory for Human Rights, 16 people were killed including nine civilians. At least five US-backed Syrian fighters are among the dead. 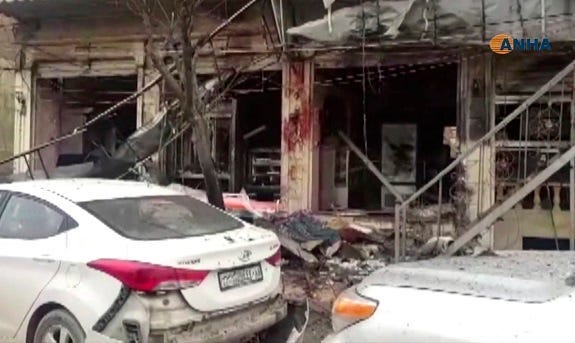 Local footage shows a restaurant that was struck and a street covered in debris, and one clip shows a helicopter flying over the area.

BREAKING - Multiple reports of US military casualties in a bomb attack in #Manbij, #Syria.

The attack reportedly hit a restaurant frequented by #SDF commanders & a U.S patrol was allegedly nearby.

Local video shows a possible US chopper medevac at site.pic.twitter.com/i22QJFVhzH

The Islamic State has claimed responsibility for the  suicide attack.

Later Wednesday morning, while speaking at the State Department, Vice President Mike Pence said the Islami State's "caliphate has crumbled" and that the terrorist network "has been defeated."

He also defended President Trump's decision to withdraw some 2,000 American troops from Syria. The withdraw will be "orderly and effective," he said, but added the US will stay in the region ensuring the Islamic State does not reemerge.

Attacks in Manbij are rare, but an improvised explosive device last March killed one American and a British soldier. Here's a look at previous deaths among US service members in Syria:

Nov. 24, 2016: Navy Senior Chief Petty Officer Scott Cooper Dayton, 42, of Woodbridge, Virginia, was killed in an improvised explosive device blast near the northern Syrian town of Ayn Issa, becoming the first American casualty in combat in the fight against IS in Syria.

May 26, 2017: Army Spc. Etienne J. Murphy, 22, of Loganville, Georgia, died in Al-Hasakah, Syria, of injuries sustained during an incident related to a vehicle rollover, according to a statement from the Department of Defense.

March 30, 2018: U.S. Army Master Sgt. Jonathan J. Dunbar was killed by a roadside bomb attack in Syria along with a British service member.

The Associated Press also contributed to this article.
Want to get more connected to the great stories and resources Connecting Vets has to offer? Click here to sign up for our weekly newsletter.

sports
Harlem Globetrotters petition to become NBA team: 'You can't just act like we don't exist anymore'
news
Como protegerte de los peligros del verano comunes
sports
Jeff Darlington: People ‘underestimate’ how close Tom Brady was to joining Saints
news
Amazon Prime Day 2021: Pump up your fitness regimen with deals on weights, exercise machines and smartwatches
music
KISS gets in the spirit with their own, KISS Cold Gin: Here's where to find it
music
Is Halsey planning to release more than a baby in 2021? Fans think so