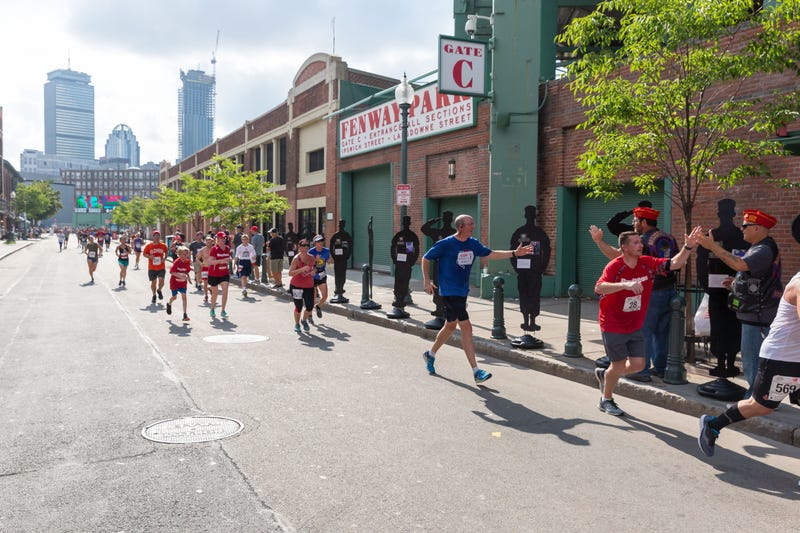 For many New Englanders, it would be a dream come true to step on the field at Boston's legendary Fenway Park. This Saturday, they'll have the opportunity to do just that, and even cross home plate, while raising money for veterans at the Run to Home Base event.

The event held by Massachusetts General Hospital, in partnership with the Boston Red Sox Foundation and supporters like Raytheon, raises money for the hospital's "Home Base Program" which provides free mental health care to veterans from around the country.

Armand Hunter, a Warrant Officer in the National Guard who was already working at Mass. General, learned about the program and knew he wanted to be a part of it. He now serves as the program's associate director of veteran outreach and peer support. He says the Run to Home Base event has become a highlight, in large part due to the partnership with the Red Sox.

"It's unbelievable," Hunter said on the Eye on Veterans radio show. "It's something I never even knew professional sports teams did. You can see in communicating with our partners at the Red Sox Foundation that they're invested not just in the success of this program, but also in our veterans and service members." 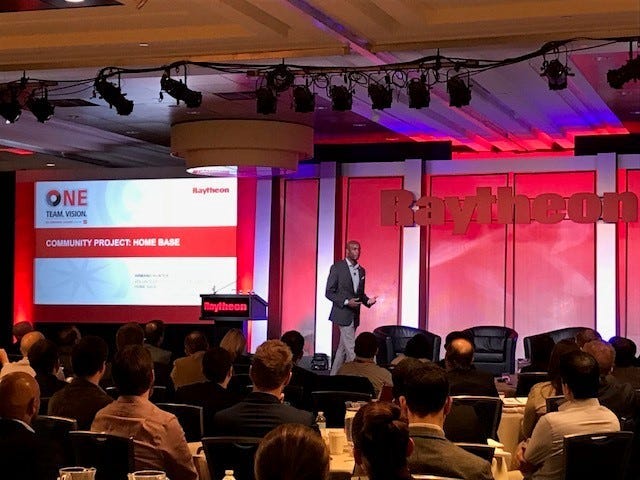 Hunter also speaks very highly of the event's sponsors like Massachusetts-based Raytheon. While Home Base's programs are offered for free, they do cost money and Hunter says without the sponsors stepping up for events like the run, and throughout the year, none of it would be possible. From Raytheon's perspective, helping Home Base was a no-brainer on two fronts.

Employer of the Week: 'Every time I went into harm's way, Raytheon was with me'

"The fact that we're from New England, the fact that one in six employees is a veteran," said Joe DeAntona, Raytheon's VP for business development and a retired Army Colonel. "Those two qualities combined made this a very attractive opportunity for Raytheon to partner up with home base."

Their partnership includes 200 Raytheon employees who will be volunteering at the run, and many more taking part in the run itself. Those who enter and raise funds can participate in either a 5K or 9K both of which end at home plate. Depending on how much they raise, runners can even receive tickets to Red Sox games, autographed gear, and more.

You can hear the interviews with Joe DeAntona and Armand Hunter below.