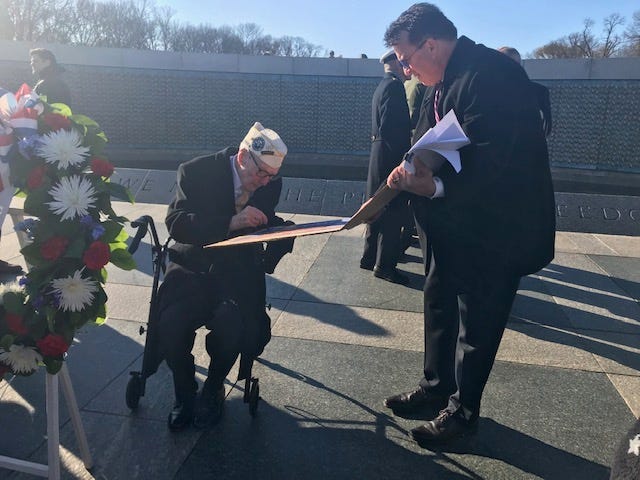 First came the sound of the planes.

Then the sound of bombs.

Then the smell of fire and smoke.

Rev. Richard Young has vivid memories of that Sunday morning in Hawaii 78 years ago.

“It seemed that my life was going to be short,” the 94-year old said Saturday during the Pearl Harbor remembrance ceremony at the National World War II Memorial in Washington, D.C. 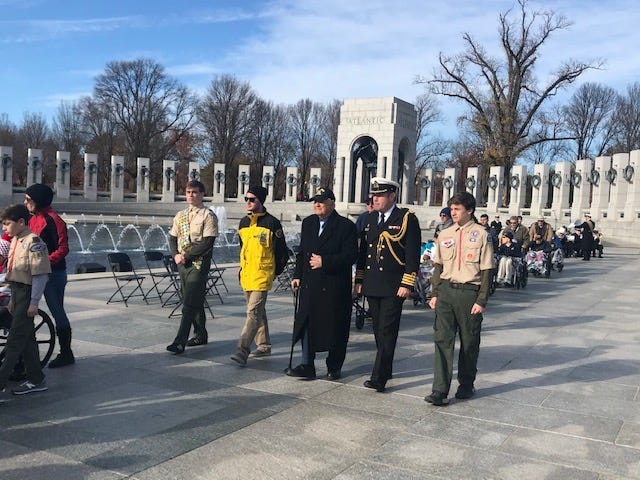 Young and his brother were aboard the USS Worden, which was at port in Pearl Harbor when the Japanese attacked on Dec. 7, 1941. The attacked lasted about an hour and 15 minutes and left 2,400 people dead.

Young was 19 at the time. Within a couple of hours of the attack that propelled the United States into World War II, the USS Worden was heading into battle in the Pacific theater.

Both Young and his brother survived the war. For years, his brother would call him on Dec. 7 to tell him that the “Japs are attacking.”

He said he rarely thinks about the attack anymore, but when he does he thinks of it as more of a mean trick that the Japanese played on the nation. 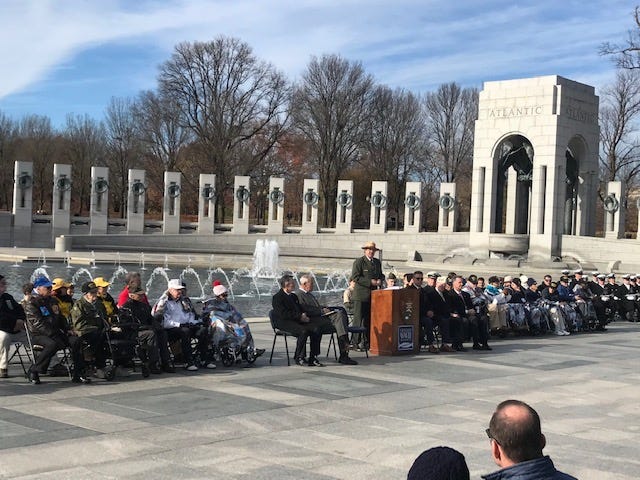 Following the war, Young became a minister, married and raised a family. He delivered the invocation at the remembrance ceremony.

Attendees called the ceremony poignant, as the number of Pearl Harbor and World War II survivors dwindles every day.

“How can I not be here,” asked Vaughn Everett, who was visiting the nation’s capital from Philadelphia, Pennsylvania. “My grandfather was a World War II veteran. He’s passed now. Being here, seeing and talking with these veterans is like being with him.”

Barbara Allen of Easton, Maryland said the world would be “unrecognizable” without the heroism and sacrifice of the World War II veterans.

“This would not be the America we know,” she said.

The Friends of the National World War II Memorial will wrap up its commemoration of the 75th anniversary of the last year of the war in 2020 with a number of events to mark the conflict’s battles.

Discovered 20,400 feet beneath the surface, the world’s deepest shipwreck is a World War II era destroyer