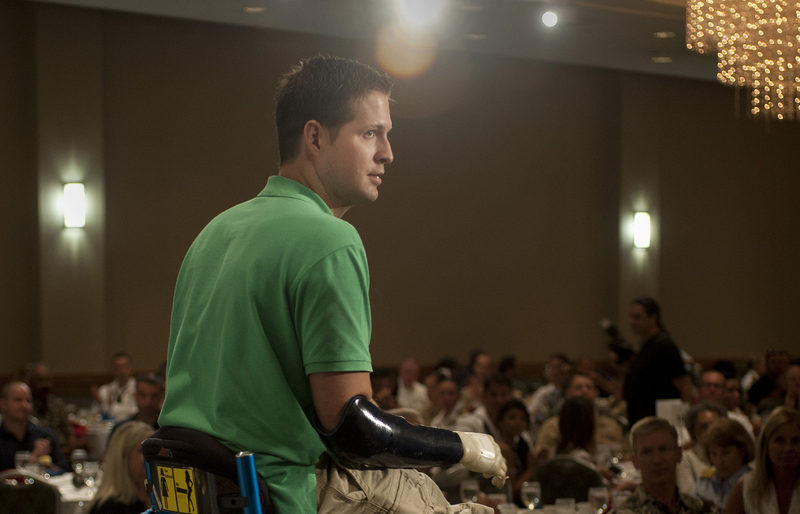 Brian Kolfage, the Air Force veteran who started a GoFundMe to raise funds for the border wall, is complaining about "misleading media headlines" about the status of the Border Wall GoFundMe campaign.

And yet, a misleading media headline is exactly what his organization's press release uses itself.

The third paragraph of the press release reads:

So, in actuality, only 37.6 percent of donors have redirected their funds to Kolfage's new organization We Build the Wall, Inc.

Yes — within three days, over one-third of donors redirecting funds is an impressive amount of support. But to claim that 93 percent of donors support Kolfage's new plan is simply not true.

Of those donors who have responded at all (roughly 40 percent of them), yes, 92.8 percent of donors have chosen to send their money to Kolfage's new organization and the remaining 6.3 percent have asked for an immediate refund.

However — it's an opt-in campaign. To perpetuate statistics of support that completely remove the 192,914 donors who have not responded from the equation is doing exactly what Kolfage complains the media is doing — misleading.

Again, using the numbers from Kolfage's own press release:

Any donor who does not respond within 90 days of Jan. 11 is not pledging support to Kolfage's new organization, is not opting in, and will receive a refund from GoFundMe.

And, from my perspective, a refund seems like a wise decision.

GoFundMe very recently proved that they take it seriously when funds donated do not go to the intended cause. When it surfaced that Marine veteran Johnny Bobbit, Katelyn McClure, and Mark D'Amico fabricated a story about helping a homeless veteran to elicit donations, GoFundMe refunded $400,000 — including the cut that GoFundMe would normally keep in a refund situation — to all 14,000 donors who participated. If the money isn't going where it was supposed to, GoFundMe makes sure it makes it back into the pockets of donors.

Additionally, Kolfage has a reported history of scamming — and we have questions about the organizations alleged nonprofit status.

RELATED: Veteran who launched GoFundMe page for a border wall has reported history of scamming

It can take months to receive nonprofit status from the IRS. Presumably, it would take even longer to receive that status when every branch of the government is overloaded from the partial shutdown. Yet the We Build the Wall, Inc. website, copyrighted within the last 15 days, proudly proclaims its nonprofit status at the bottom of the page.

A search of the IRS's Tax Exempt Organization Database showed no results for "We Build the Wall, Inc."

We tried to contact Kolfage's media spokesperson, Jennifer Lawrence, to ask how this status was achieved so quickly and why it isn't in the IRS's database. Her phone was off and her voicemail was full.

So, no, Mr. Kolfage — the media is not misleading the public about your efforts. You are.