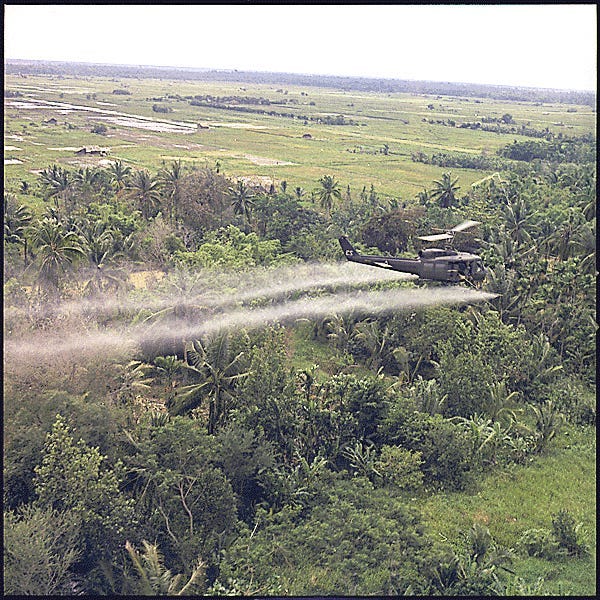 During a news conference Tuesday, Senate minority leader Schumer, D-N.Y., said the plan had "broad bipartisan support" and he planned to include it as an amendment to the annual defense spending bill currently working its way through Congress.

"We're here to unveil a national plan. We're about to win this fight," Schumer said. "The plan ... will expand the list of diseases, will provide relief for tens of thousands of veterans" nationwide.

"It will pass," he said, holding up a copy of the amendment.

Schumer said his plan would require VA to "formally acknowledge the substantial proof linking" three of the four illnesses to Agent Orange exposure, which "caused all kinds of damage to our vets." The plan would add "these conditions to the Agent Orange presumptive conditions list," he said.

The Senate minority leader said he plans to get the fourth illness -- hypertension -- included on the House side since Senate Republicans nixed it.

Republican Senate leaders "agreed to put the amendment on the floor," Schumer said. "They're in charge, but they left out one condition, hypertension, and we're going to get that in when the bill goes to the House. We're going to fight to get that in."

Lawmakers and veterans' groups have for months repeatedly called on VA Secretary Robert Wilkie and the White House to extend benefits and help an aging population of veterans and their families. So far, Wilkie has said he awaits the results of VA's in-house studies. The White House has been silent, lawmakers, Congressional staff and VSOs told Connecting Vets.

Wilkie said he would likely not make a decision on expanding benefits for the four illnesses until "late 2020."

VA Secretary Robert Wilkie has said repeatedly he disagreed with National Academies of Sciences, Engineering and Medicine scientists' findings that link Agent Orange exposure to the four diseases, a decision VA says could cost up to $15.2 billion.

Schumer said the delays have been caused by those concerned about the cost of extending benefits to those veterans.

"Unfortunately, Penny-pinchers in the OMB (Office of Management and Budget) and even in the VA have excluded thousands and thousands of veterans from getting the benefits they need," he said. "That's why we are resorting to legislation."

Schumer made his announcement Tuesday alongside Vietnam Veterans of America members.

"This has been a long time coming," VVA President John Rowan said.