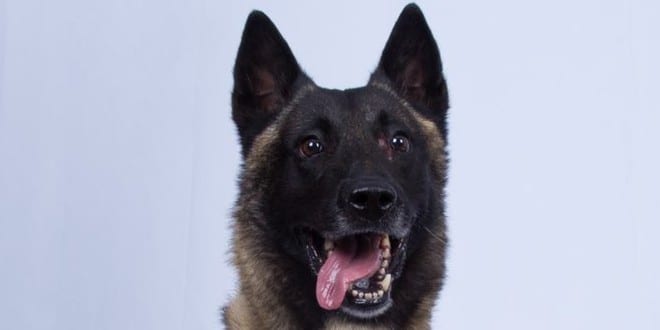 A U.S. Senator says President Donald Trump "undermined" the military K9 team that played a critical role in the death of ISIS leader Abu Bakr al-Baghdadi and is calling for them to be honored with medals.

Sen. Bob Menendez, D-N.J., ranking member of the Senate Foreign Relation Committee, said the president's "Twitter stunt" of tweeting a doctored photo of Trump awarding a medal to Conan the dog, who Menendez called a "hero" was disrespectful to the team responsible for taking down Baghdadi.

On Oct. 30, Trump tweeted an edited photo that showed him placing a medal around Conan's neck, with the text: "AMERICAN HERO!" The photo was posted the same day Trump would later award the Medal of Honor to Army Master Sgt. Matthew Williams.

“Military working dogs and their handlers have become integral to the defense of our nation. If we, as a nation, can strap a Kevlar vest on a dog and send them into battle, then we should be able to honor these guardians of freedom and their handlers with the recognition they deserve,” Menendez said in a statement. “I can’t think of any K9 team more fitting for this honor that Conan and his handler.  The president’s Twitter stunt only undermines their service and sacrifice. Instead of giving them a fake medal, let’s bestow these heroes with the official recognition they deserve."

The law Menendez authored passed in 2018 as part of the 2019 National Defense Authorization Act and last week the senator sent a letter urging Defense Secretary Mark Esper to fully implement that law and quickly award medals to the team for their part in the Oct. 26 raid, when Conan reportedly chased Baghdadi into a tunnel before he detonated a suicide vest. Conan was injured in the raid but the Defense Department reported the dog is recovering and is still in theater.

“Military working dogs and their handlers are highly trained and skilled teams who have proven their valor and meritorious achievements on many occasions. As a grateful nation, it is time for us to recognize their outstanding contributions in defense of our country,” Menendez wrote in the letter. “Over the years, the roles and contributions of MWDs have expanded into each military service branch’s critical operations.  I introduced the Guardians of America’s Freedom Medal Act to recognize our military K9 teams — both soldier and military working dog for their bravery, service and sacrifice in defense of our nation.”

"Military K9 teams serve on the frontlines detecting improvised explosive devices, leading search and rescue operations, locating casualties, guarding supplies, and patrolling secured perimeters," Menendez said. "Most critical, they have put their lives on the line to save countless men and women in uniform serving at their side."