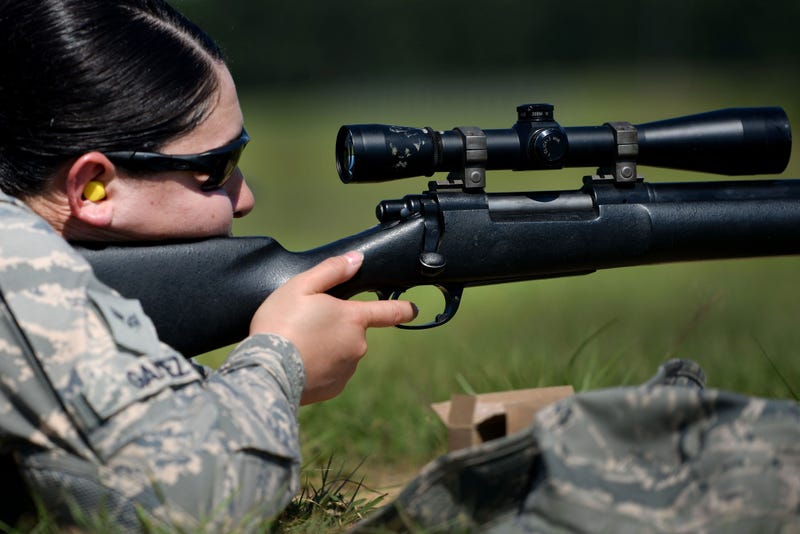 A select panel exploring the future of military and public service says it remains open to requiring women to register for the draft or abolishing the draft registration process altogether, two options that are included in a broad range of alternatives.

The interim report from the three-year-old, congressionally mandated National Commission on Military, National and Public Service, issued Wednesday, said members are still gathering input on public services options in the U.S., including military service and civilian programs such as AmeriCorps and the Peace Corps.

The Selective Service System has long been a hot topic in military circles, sparking debates on the efficiency and costs of an all-volunteer force, the difficulty military services periodically face in filling critical jobs, and the fairness of having only young men be required to register for a potential draft.

All military combat roles were opened to women in 2015 by former Secretary of Defense Ash Carter. That change prompted a debate in Congress over whether the draft requirement should be extended to women and led to the creation of the commission.

“If we continue to have a Selective Service, I believe women must be a part of it,” Rhode Island Sen. Jack Reed, the top Democrat on the Senate Armed Services Committee, said in a statement. “Our military could not function today without women, and that will be increasingly true in the future.”

The military draft, instituted in 1917, was discontinued in 1973. But young men aged 18 to 25 are still legally required to register for selective service in the event of a national emergency.

RELATED: Male and female Marine platoons train together in boot camp for the first time

Two years ago, the Pentagon advocated for the first time in favor of requiring women to sign up for the draft. If women were included in the draft, it would add 11 million names to the Selective Service System database, according to a 2017 Pentagon report.

Congress has come close to passing legislation that would require women to register. In 2016, the Senate approved a military policy bill that would have included women in the system, but the language was later removed.

Commission Chairman Joe Heck, a former Republican congressman from Nevada, said this week that panel members are still weighing the pros and cons.

“Many view the Selective Service System as a low-cost insurance policy that needs an update,” he said. “Where the commission lands on updating, or even expanding registration to women, has yet to be decided.”

RELATED: Medal of Honor recipient on women in combat: ‘The standard is the standard’

The existing selective service system requires every male U.S. citizen and non-citizen living in the country between the ages of 18 and 25 to register for the draft, but does not mandate military participation.

But the interim report also noted that many have questioned the constitutionality of such mandates, and others cited the “importance of the spirit of volunteerism and concerns about the government encroaching on personal liabilities.”

Mr. Heck told the Military.com news website this week that, based on interviews, young Americans “overwhelmingly want to serve, they just don’t want to be told to do it.”

Created in 2015 at the urging of Mr. Reed and late Senate Armed Services Committee Chairman John McCain, Arizona Republican, the 11-member bipartisan commission plans some 14 public hearings and must submit a final report to Congress and the White House by March 2020.

“Our goal is to create a culture of service, where Americans aspire to serve in some capacity and are aware of their opportunities,” Mr. Heck said. “We need to break down barriers for those who want to serve.”